The IFAB Board of Directors have done away with booking goalkeepers who come off their line at pe...

The IFAB Board of Directors have done away with booking goalkeepers who come off their line at penalty kicks at the Women's World Cup.

A number of incidents at the tournament in France have drawn criticism of the rules surrounding goalkeeper movement at penalties, particularly since the introduction of VAR. Scotland were cost progress from Group D after Florencia Bonsegundo scored an equalising penalty for Argentina that saw the game in Paris end 3-3. Bonsegundo's conversion was the second attempt at the spot-kick after Lee Alexander had saved the first. But a VAR review deemed Alexander had come off her line and she picked up a booking for her troubles. 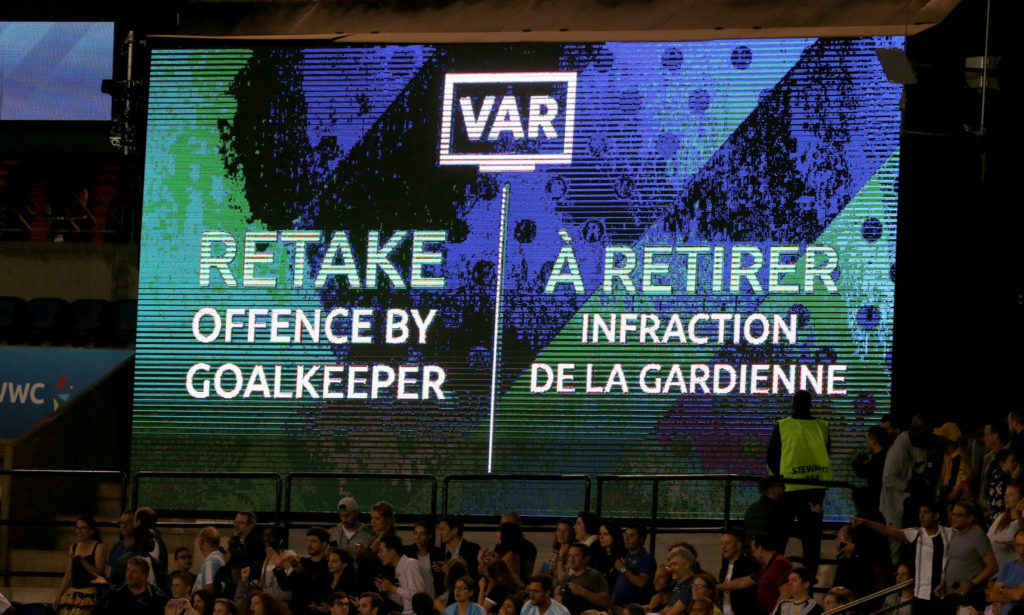 The VAR screen shows that Argentina have a retake of their penalty after an offence by Scotland goalkeeper Lee Alexander (not in picture) during the FIFA Women's World Cup, Group D match at the Parc des Princes, Paris.

France were the beneficiaries of a similar incident, when Nigeria goalkeeper Chiamaka Nnadozie was ruled to have come off her line as a Wendie Renard penalty struck the post. Renard scored the winner from the re-take. And Italy's first goal in a 5-0 win over Jamaica came when Sydney Schneider was similarly punished.

However, the controversy has forced FIFA and IFAB to act ahead of the knockout stages when penalty shootouts will come into play. A statement says their main reasons for the dispensation of bookings is down to:

- the presence of VARs greatly increases the likelihood of any offence being detected and, as goalkeepers are likely to face a number of kicks during KFPM, there is a higher risk that a goalkeeper will be sent off for receiving a second caution if already cautioned in normal time, or two cautions during the KFPM

The dispensation does not apply to penalties in normal time, as IFAB say, "goalkeepers have already received cautions for this offence during the tournament and it would be unfair to change at this point of the competition." 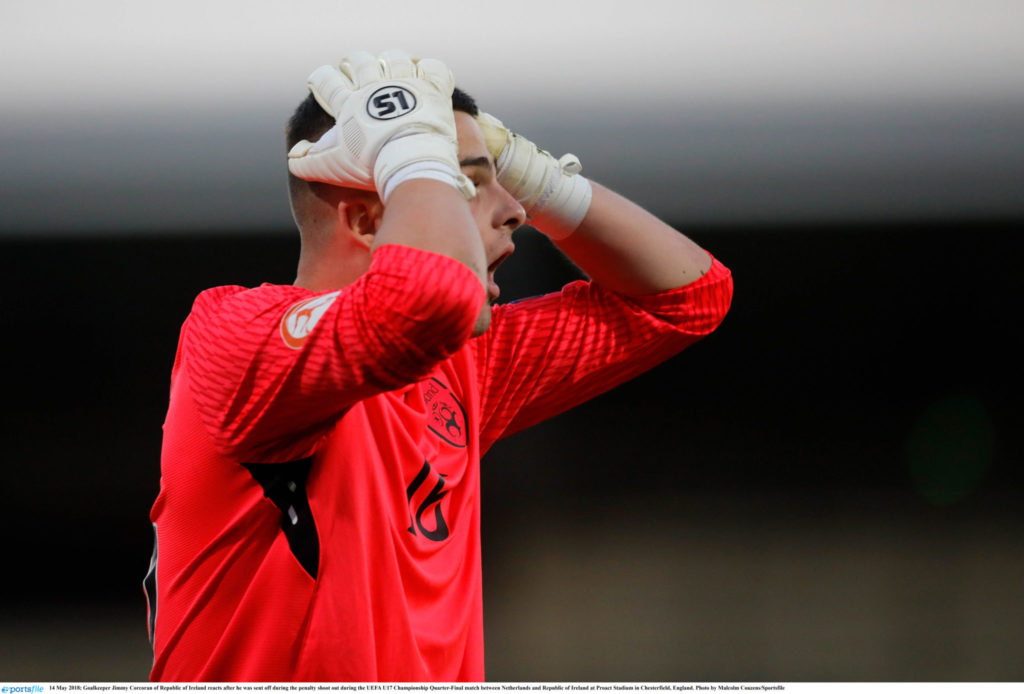 The Republic of Ireland fell foul of the lack of such a dispensation at the UEFA u17 European Championships in 2018. Goalkeeper Jimmy Corcoran was sent off in the middle of a penalty shootout in Ireland's quarter final with the Netherlands.

Corcoran was adjudged to have come off his line as he saved the fifth Dutch penalty. Oisin McEntee replaced Corcoran in goal, and Netherlands captain Daishawn Redan converted the retaken spot kick to move his side through to the quarter finals.