'It's a definite red' | Klopp frustrated at decision of Kane's challenge

Liverpool manager Jürgen Klopp has lamented over the inconsistent refereeing decisions made by P...

'It's a definite red' | Klopp frustrated at decision of Kane's challenge

Liverpool manager Jürgen Klopp has lamented over the inconsistent refereeing decisions made by Paul Tierney during Liverpool's 2-2 draw away at Spurs.

The Merseyside side went behind after Tottenham captain Harry Kane scored his second goal of the season.

Diogo Jota's header however levelled it for the visitors in the first half.

Andy Robertson then put Liverpool in the lead. But it was quickly cancelled out when Heung Min Son capitalised on an Alisson blunder to earn Spurs a point.

Speaking to Sky Sports after the game, Klopp took particular exception to Kane's challenge on Robertson in the 20th minute.

Kane, running at a sprint, clattered into the Scottish left-back and dashed away from the scene – before referee Tierney brought play back and booked the England skipper. 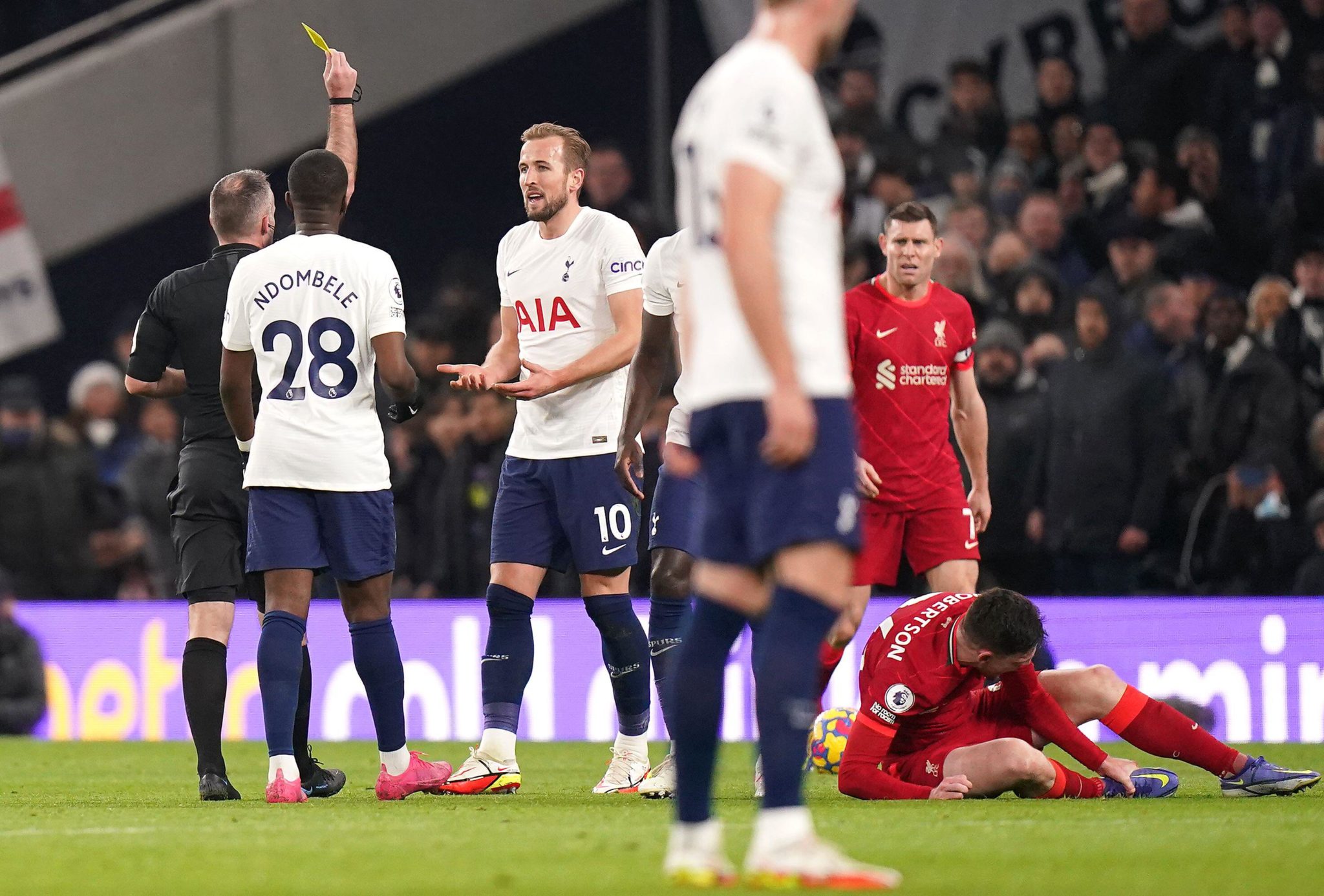 Later on in the match, in the 76th minute, Robertson himself was then sent off for a similarly brash challenge.

"Robbo [Robertson] is a red card. It's not the smartest challenge of his life," says Klopp.

"But that's [Kane incident] a red card. There's no doubt about that. People will say 'Oh but his [Robertson] is in the air', but that's pure coincidence. If Robbo's leg is not in the air then it's a broken leg."

Robertson's challenge was brought more closely to the referee's attention by VAR – Kane's however was not – something Klopp posed back reporter Geoff Shreeves.

🗣 "Harry [Kane] can not judge that, If Robbo's leg is on the ground then it's a broken leg."

Jurgen Klopp has no doubts that Harry Kane should've been sent off for his challenge on Andy Robertson pic.twitter.com/3vhvE4dWOX

The criticism didn't stop there however. Klopp also brought up another controversial decision not to award Liverpool a penalty after a challenge on Diogo Jota.

"He says [Tierney] that he stops on purpose. That's incredible. He had the best spot on the pitch. He was eight yards away and doesn't give it," Klopp says.

After the match, Klopp approached the referee and officials to express his frustrations even further.

Already booked in the first half, the German manager's voice was picked up by the cameraman's footage, where Klopp appeared to tell Tierney "I have no problems with referees. Only you."

Audio from Jurgen Klopp's confrontation with referee Paul Tierney after the game pic.twitter.com/jkcx4slwRk

Saturday's draw with Spurs means Liverpool will be second at Christmas. That is the first time in four years that they haven't been top before the 25th.

In their place is Manchester City, who thumped Newcastle 4-0 in front of the St James Park faithful. Meanwhile, Chelsea's form continues to take a slip, with the Blues drawing blanks away at Wolves.

Unvaccinated players constant threat for us all| Klopp