RTE commentator George Hamilton has had some interesting interactions with former Republic of Ireland manager Jack Charlton, none more so than his visit to Washington in 1994.

While attending the FIFA World Cup in America in 1994, 'Big Jack' had to be saved from the back rows of a plane by Hamilton and his colleague.

However, despite this, Charlton still gave Hamilton the cold shoulder during the half time interview at the match that the three were travelling to.

Speaking on The Saturday Panel, Hamilton explained how he went to getting Charlton a first class seat to interviewing the back of his head on the same day.

"It's another World Cup story," Hamilton said. "It's 1994 and Ireland are going to play Saudi Arabia or Belgium in the next days.

"So, Jack goes down to see this game in Washington, and Tadhg de Brun, the late Tadhg de Brun who was my minder for the trip, he and I are flying down.

"Jack has hastily got a seat on the plane so that he can go and check out the next opposition for Ireland. We are up at the front of the plane and Jack comes on and marches down the back!

"He takes a seat in row 22 or whatever it was. So, Tadhg thought, 'hey this doesn't look good. We are up here and he's down there. We should tell the crew who he is'.

"So, Tadhg got up and told the lead stewardess that the Irish manager from the soccer World Cup was on the plane. She told the captain. The captain went bananas; 'What's he doing at the back of the plane?!'

"Jack was taken up the front, given a tour of the cockpit and sat in a first class seat. This was all great and he was loving it!" 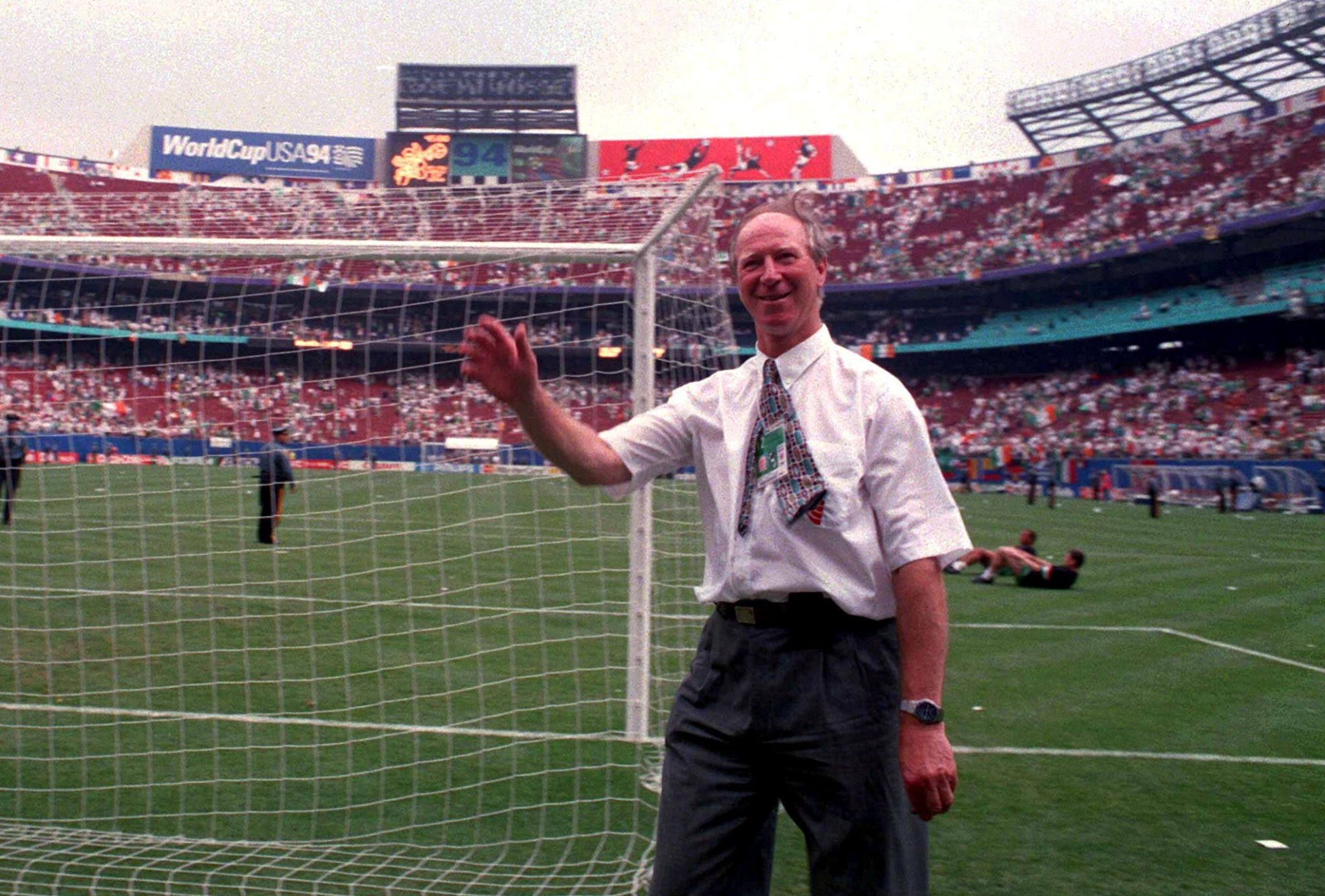 Charlton: 'There's no way I'm letting you get a taxi!'

Charlton did reciprocate the actions of Hamilton and De Brun, though. When the plane landed and the trio were about to head to the stadium, Charlton spotted the commentators about to enter a taxi and had to intervene.

"When we arrived in Washington DC, it is the day of the game," Hamilton said. "Jack is going to be picked up by a car. There's a big sign up saying 'coach Charlton'.

"Jack marches over to the guy with the sign as we are making our way sheepishly out of the airport. He hollers at us: 'Hey you two! Come back here! There's no way I'm letting you get a taxi!'

"So, we are in the car with Jack Charlton and his mate."

🗣 'He has his back to me, which was like his protest!'@HamiltonRTE tells one of the many Jack Charlton stories included in 'The nation holds its breath' | 📕

While the three were in the car, they had arranged for Hamilton to speak to Charlton at half time. While Charlton was not happy about being torn away from the VIP area, he did speak to the commentator, albeit in a very Jack Charlton way.

"Saudi Arabia went in front with a mad goal," Hamilton said. "This guy just went through the whole Belgium defence and scored.

"It was 1-0 and that's how we got to half time. Jack was obviously in the VIP area at half time and Tadhg went down to get him because the arrangement had been that if Jack was at the game he'd talk to us at half time.

"So, he came into our commentary box, but Tadhg had had to prize him out of the VIP area. When he came into the commentary position, he talked to me with his back to me! Which was his protest!

"He didn't want to be doing this; he should have been back in the VIP area!"

For Charlton, the entire ordeal could have been avoided. He had attended the match in order to get an idea of how his side's next opponents might play, however the result meant that Ireland would not be playing either of the two sides.

"Of course the game ends 1-0 to Saudi Arabia, so it's Holland that they are going to play next," Hamilton said. "So, this whole trip for Jack had been a waste of time!"

Can Jesse Marsch succeed where many American imports have struggled?