Having won the Women's Super League with a game to spare, Katie McCabe admits it'll be nice to let the celebrations roll on.

A 4-0 win over Brighton and Hove Albion - a game in which she scored Arsenal's second goal - secured the title for the Londoners ahead of an unbeaten Manchester City side and a first domestic league title since 2012.

Speaking on Tuesday morning's OTB AM, the Dubliner admitted the satisfaction in their league success in some way comes from overcoming her early struggles at the club.

"Joe [Montemurro, manager] has come in and done a fantastic job with us," she said. "Creating a style of play that suits the players and getting us working hard so we could get used to that.

"He gave me that second chance when I came back off loan to try stake my claim. He's one of the best managers I've played for.

"When I came over I was still quite young when Pedro [Martínez Losa] signed me. I don't think I was ready yet.

"I'd to work and go through the physical battle to play at the top professional level. I just didn't feel quite ready.

"For me to go out [on loan] and get game time was really important for my development as a player.

"When I came back Pedro was gone and Joe was there. I was ready to come back in and take my place in the team.

"Joe believed in me from the start - it turned out alright."

She added: "I think it was timing to be honest." 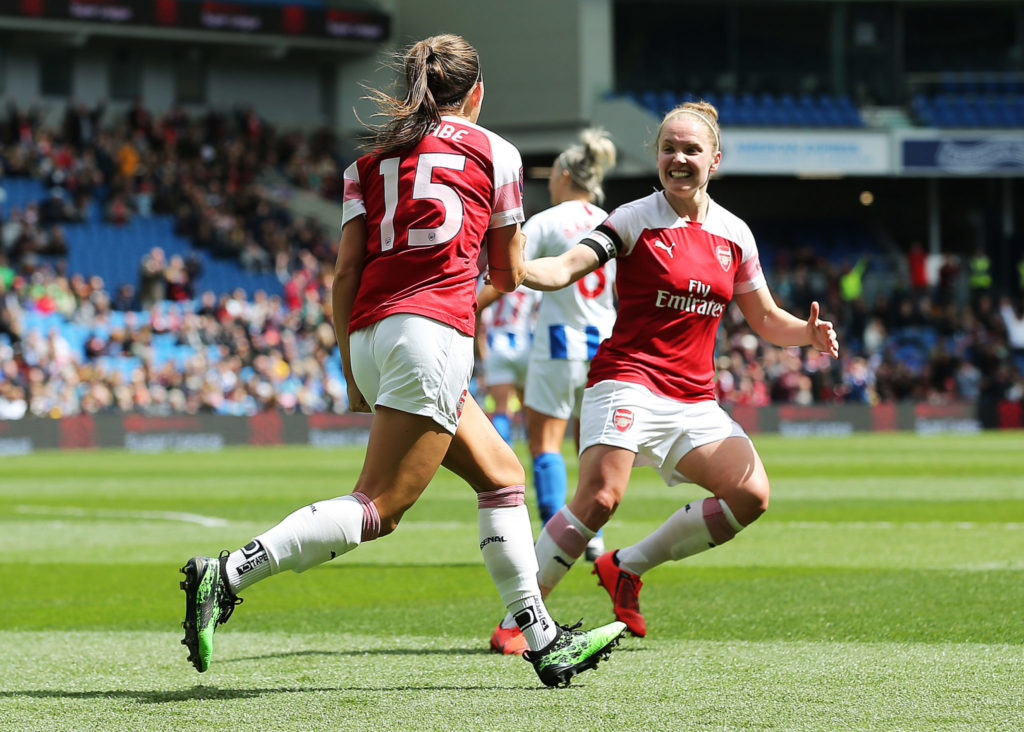 The decision to go out on loan was purely to aid her club career at Arsenal, she admits, and to get used to senior football in England.

"I was getting frustrated not playing but I knew I wasn't ready and I needed that game time. They way the season was shaping up, I knew the manager didn't have that for me.

"I just wanted to get out and play - to fall back in love with football. I did that at Glasgow City.

"We played some Champions League matches up there and they were really good to me. They definitely helped my development as a footballer.

"The decision to go on loan - it was a mutual thing."

To win in the style they have and to overcome the challenge of a Manchester City side unbowed by their league rivals is as an impressive feat as any.

Having shown a more ruthless streak, winning 17 of their 19 games, McCabe reiterated her delight at claiming the title.

"It was a fantastic weekend, obviously it was a tight title race. Now we have that big game against Man City [on May 11th].

"I think the Birmingham game was quite significant because we were determined to get back in the Champions League. That was the main aim before the season.

"You could say then that game because we got back into Europe, but I think the whole day on Sunday was fantastic in itself.

"To finish off the way we did was pretty special. They've not lost a game.

"They obviously have a big cup final this weekend against West Ham - which our Leanne Kiernan will play in as well.

"They'll be hoping to finish their season on a high and have their aim on a Cup as well as going the season unbeaten.

"It'll be our job to stop that happening."