'I do think it was a misunderstanding': John Giles weighs in on Kepa substitution controversy

Kepa refused to leave the pitch during extra-time against Manchester City, with penalty-kick 'specialist' and former City goalkeeper Willy Caballero set to come on.

The Argentine international was the hero in 2016, helping City to League Cup success in their shoot-out victory over Liverpool.

Sarri appeared furious at the time but then explained in his post-match interview that it was simply a misunderstanding between player and coach.

Speaking on Thursday's Off The Ball, Giles said he believed the Italian's explanation of the incident.

"It was remarkable in the way it panned out," he said. "I've never been involved in a situation in all my time playing or managing where I saw a player - a goalkeeper particularly - not coming off when the manager says he should.

"I do think there was a misunderstanding between the goalkeeper and the manager, in that he went down with cramp a couple of minutes before the end.

"When the call came up to come off, I think [Kepa] thought that the manager was taking him off because of that cramp.

"Not taking him off because he wanted to put the other keeper on - who is considered better at penalties. I think there was definitely a misunderstanding at that." 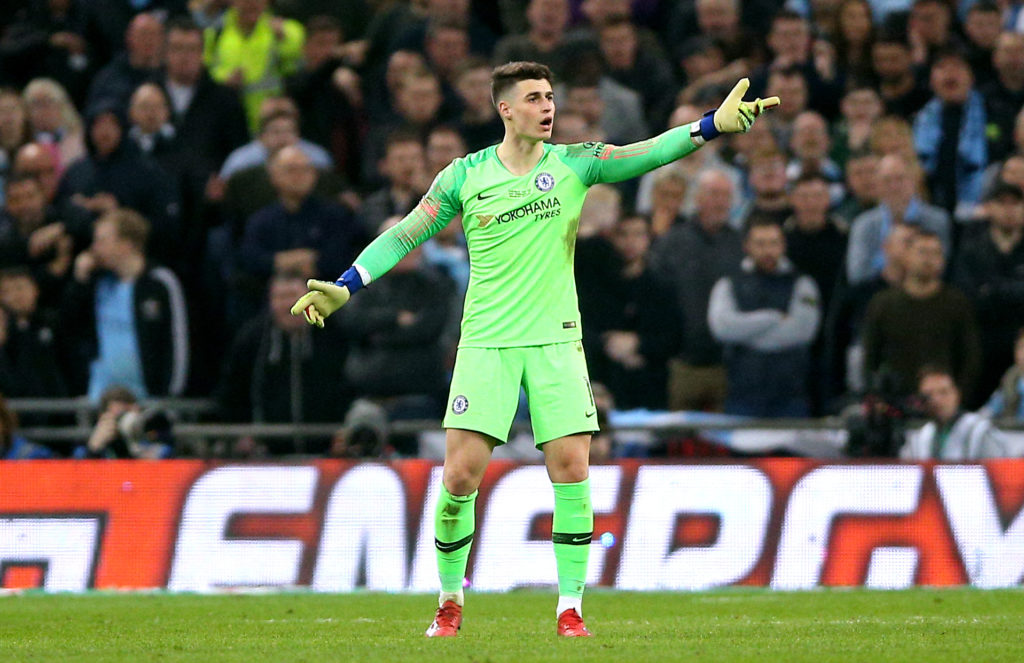 He continued: "But at the same time, no matter what the situation is, if your number comes up - you come off.

"Caballero is an expert penalty saver. What should have happened during the week, was he should have told Kepa: 'If this goes to extra-time, I'm going to be taking you off and putting Caballero on.'

"I honestly don't think those circumstances had been considered during the week. Had it been the case and Kepa was aware that no matter the situation he would have to come off - he would have come off.

"I think his reaction was: 'I have cramp, I'm OK. I can continue.' Therefore he didn't feel he needed to come off.

"He shouldn't have done that either, he should have come off. But I think that was the misunderstanding."

LOI Legends | Looking back on some of the league's greats

Aviva's Greatest Moments | Walters vs Bosnia or Maguire vs Dundalk