The Republic of Ireland have suffered a heartbreaking 2-1 loss to Portugal in Faro on a night whe...

The Republic of Ireland have suffered a heartbreaking 2-1 loss to Portugal in Faro on a night where Cristiano Ronaldo became the top scorer in international history.

Ireland looked set to register their first win against Portugal thanks to a John Egan header but Ronaldo headed home his international record 110th and 11th international goals late on to snatch the win for the 2016 European champions.

Stephen Kenny's side went into the encounter with the reigning Nations League champions having lost their opening two group games against Serbia and Luxembourg while Portugal remain unbeaten in home World Cup qualifiers since 2008.

Ireland deservedly took the lead late in the first-half when a whipped corner from Jamie McGrath was met by a glancing header from John Egan to beat Rui Patricio.

The visitors should have went in front in the attack before the corner, but Aaron Connolly fluffed a good chance when played in behind by a superb pass from the outside of Josh Cullen's right boot.

Portugal were awarded the spot kick following a lengthy VAR check after Jeff Hendrick was adjudged to have taken down Bruno Fernandes following a loose pass. 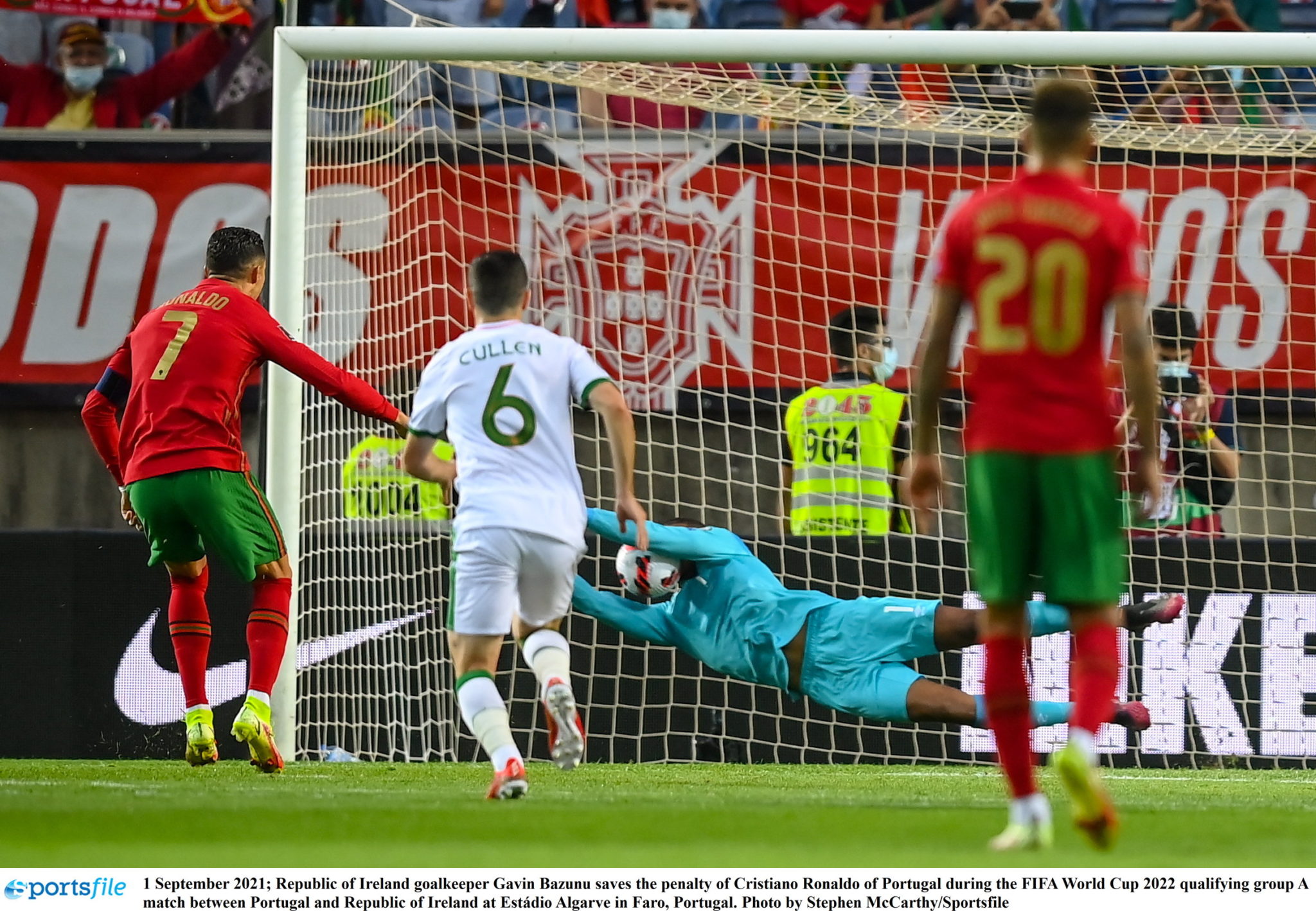 The hosts' other chance of note in the opening 45 minutes saw a header from Diogo Jota smash clear off the post while Ireland were rocked by an ankle injury to Dara O'Shea ten minutes from half-time.

Ireland had a big appeal for a penalty on the hour when John Egan drifted into the Portuguese box to nod the ball across the box to Aaron Connolly who was nudged from behind while attempting a half volley across goal.

Bernardo Silva will feel he should have levelled the game in the 75th minute but he blazed over when the ball reached the Manchester City forward when a cross when right across the Irish box.

As the time ticked down to what looked like a famous Irish victory, Ronaldo leaped highest in the middle of the box to finally beat the impressive Bazunu.

James McClean missed a chance on the break minutes later and things would be even more cruel for the visitors when Ronaldo headed a winner with the time past the five minutes of time added on at the end of the game.

The visitors can take heart from their best showing to date under Stephen Kenny and they now face into home fixtures with Azerbaijan and Serbia in the coming days.