What is happening to Liverpool? | 'I’d give the manager a relatively free pass'

Former Republic of Ireland manager Brian Kerr believes that the number of injuries for Liverpool ...

What is happening to Liverpool? | 'I’d give the manager a relatively free pass'

Former Republic of Ireland manager Brian Kerr believes that the number of injuries for Liverpool has caused their massive decline in recent weeks.

Liverpool suffered their fourth defeat in the Premier League in as many matches on Saturday, losing 2-0 to Everton at home.

This loss has solidified the fact that they are no longer realistic contenders to defend their title this season.

“I think it is obvious what is happening, everyone has had their chance to speak about it,” Kerr said.

“The number of injuries, the extraordinary number of centre backs that they have had to use because of the injuries to [Virgil] van Dijk, [Joël] Matip, [Joe] Gomez, Fabinho as the filler in centre half, he has had trouble, [Jordan] Henderson is now injured.

“[They] have put in some young players that haven’t been good enough, made a couple of signings, I’d say not top ranked signings by any means, going in the cheaper part of the marketplace to get two signings that are not proven.

“[Ben] Davies hasn’t got a goal yet, and the young Turkish centre half [Ozan Kabak] has been thrown into it, a lot of responsibility put on him, and he hasn’t been up to it.

“I think that has been the main problem; the disruption with the midfield and having to put Fabinho and Henderson back into the back four.” 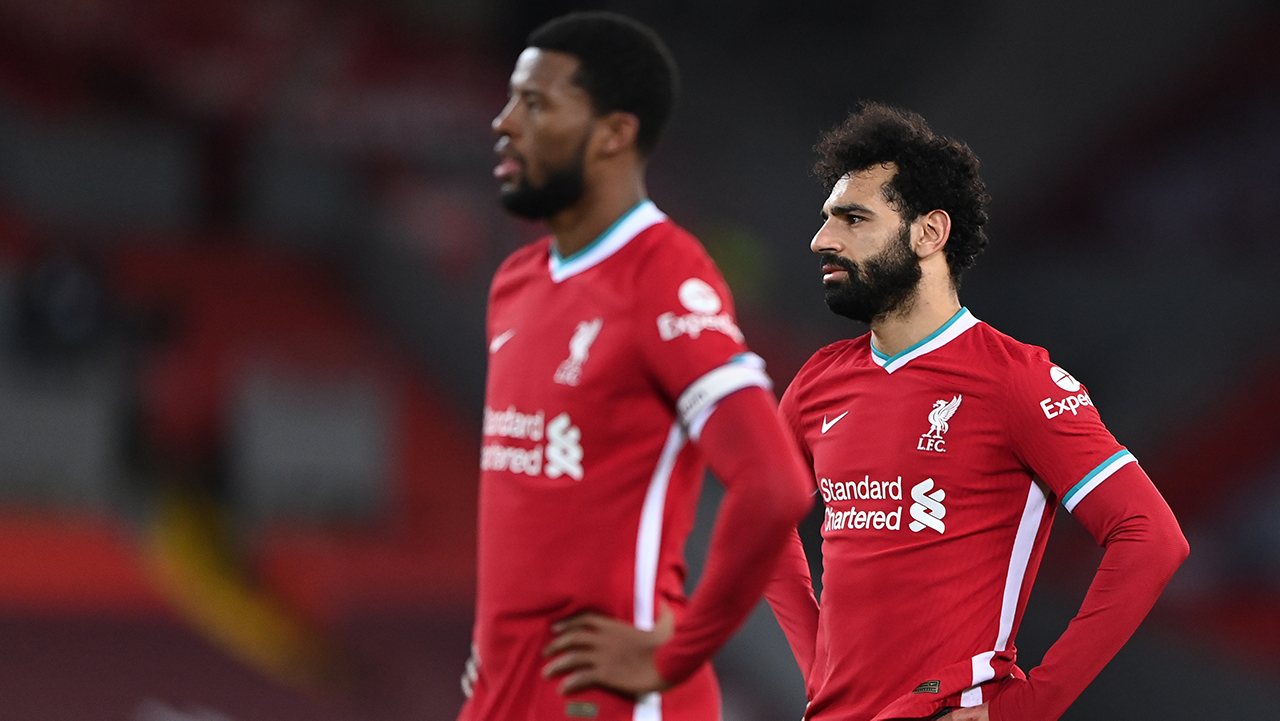 Liverpool the club, not Klopp, should get most of the blame

While Kerr did not let Klopp completely off the hook, he did acknowledge that most of the blame should be placed on the club itself for not providing their manager with the depth in squad required for a compacted season.

“I am not giving the manager a free pass,” Kerr said. “I am just saying that you have to look at the circumstances.

“I’d give the manager a relatively free pass, but I wouldn’t give the club a free pass because I think they have been a bit cautious in their approach and not supporting the manager and ensuring that they had the depth of squad to cater for this [season].

“It has been a disaster for them in terms of injuries.”

In addition to their injury woes, Kerr believes that Liverpool have suffered due to the over-playing of their first-choice front three, who are no longer able to sustain their performances.

“The front three haven’t been in tune this year at all,” Kerr said. “That is probably a result of the intensity of the last few seasons always using the same three all the time.

“The front three haven’t been able to sustain the levels, and that is no surprise.

“There have been lots of reasons, but it still has been an extraordinary collapse from the levels they were at; it really is hard to believe.”