Liverpool will do everything to keep Caoimhin Kelleher, however, the Irishman has a big decision ...

Liverpool will do everything to keep Caoimhin Kelleher, however, the Irishman has a big decision facing him in the coming months, according to Jason McAteer.

The Corkman performed very well during Liverpool's Carabao Cup triumph and scored the deciding penalty against Chelsea at Wembley. McAteer praised the manner in which Jurgen Klopp has managed the Liverpool goalkeeping situation and believes Kelleher will be satisfied with his progress to date.

However, the experience of lifting a trophy and playing at Wembley will only make Kelleher hungrier for first-team opportunities. 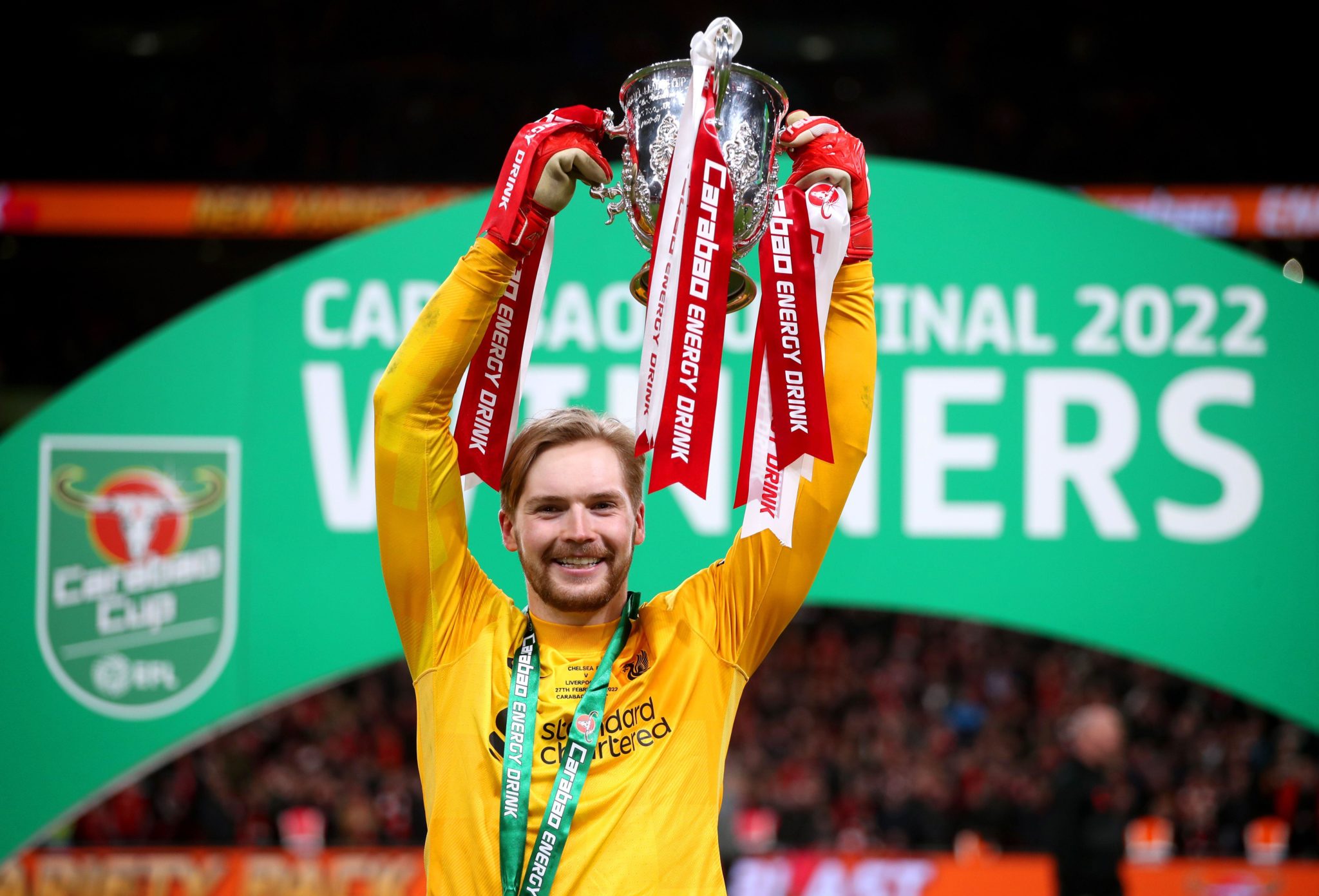 "Liverpool will not want to sell Kelleher at all," McAteer said.

"I think the way Klopp is handling it [is good], he has thrown him into the Carabao Cup final yesterday. Maybe Kelleher might have thrown his toys out of the pram and said 'enough is enough,' if he had not been selected yesterday, but Klopp made that decision.

"Kelleher is a big part of the Liverpool squad. That is the big thing about the manager, isn't it? Alex Ferguson had it in abundance, [the ability] to keep the players that are out of the team happy. That is the secret.

"We have a guy that is managing to do that with all of the players throughout the squad. Caoimhin is obviously a big part of that and Klopp is keeping him happy."

Will Kelleher be forced to look elsewhere?

Unfortunately, Kelleher finds himself behind Alisson Becker, one of world football's premier goalkeepers, in the Liverpool pecking order. At 29 years of age, Alisson is entering his prime years. It seems that the two goalkeepers have a healthy respect for one another.

Indeed Alisson was delighted for Kelleher and Klopp made sure to highlight this during the post-match celebrations at Wembley. 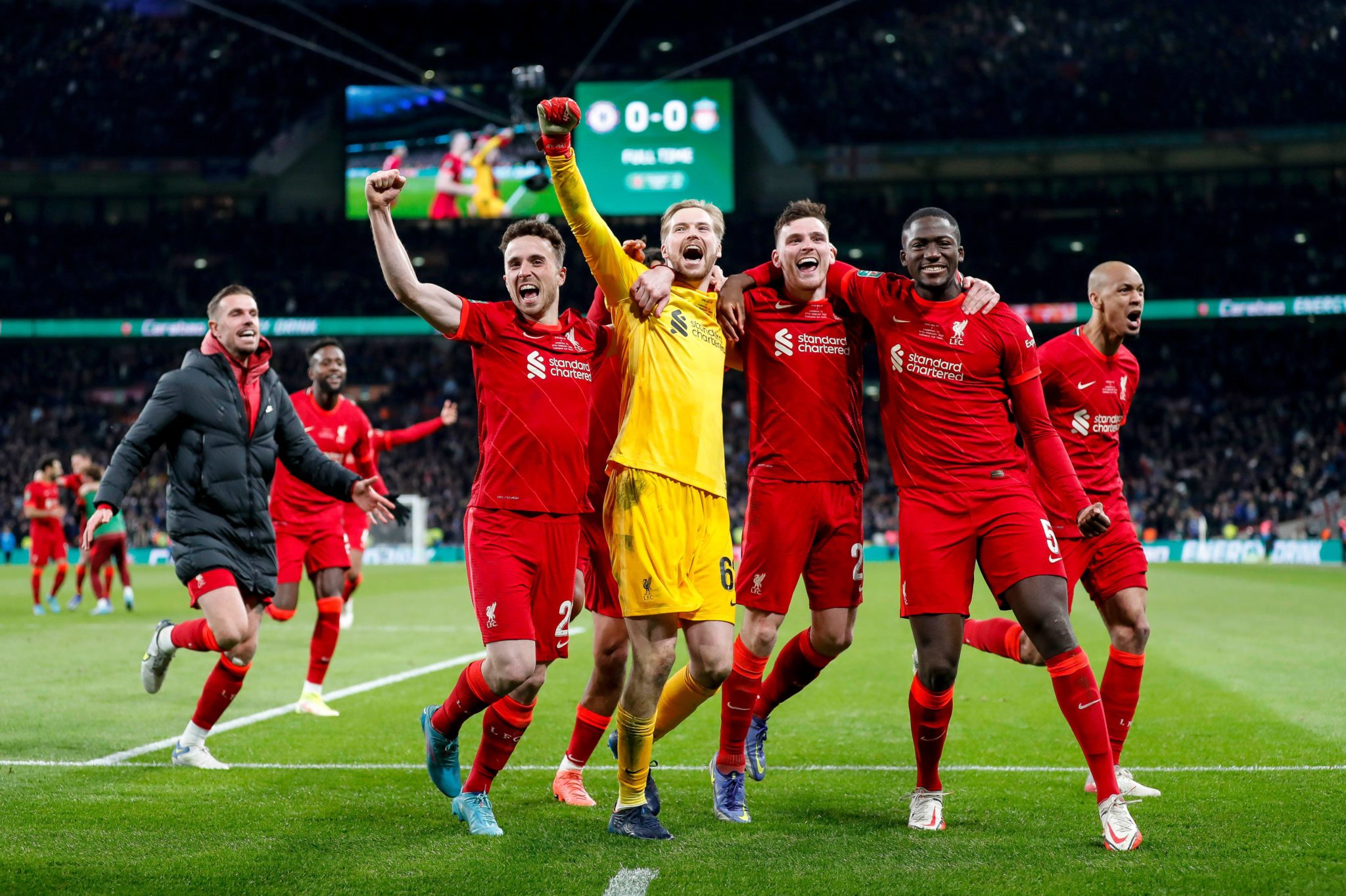 "When we told Ali that Caoimhin will play, Ali said 'okay, that’s good, if we win it then we can put his head on the famous wall in the goalkeeper area at the AXA where all the keepers who won trophies with Liverpool are on," Klopp told BeIn Sports.

“We can put him [Kelleher] on that as well. I hope the guy who is doing the painting is already on their way because Caoimhin will be there as well.”

While the pair may well push each other for years to come, McAteer believes Kelleher has a decision to make about his future.

"Is he at a crossroads," McAteer mused?

"He probably is. I would think after yesterday, the elation of playing in that final is only going to whet the appetite, isn't it? It is only going to make him think 'I want to go and play week in, week out. I want to play in front of 40,000 people every week.

"That is the big decision he is going to have to make, I think."

With Liverpool battling on all fronts for silverware, Kelleher will undoubtedly have a big role to play this season. If he is to unseat Gavin Bazunu as Stephen Kenny's first-choice goalkeeper, it remains to be seen if he will look outside of Anfield for first-team opportunities.