Manchester City's hopes of landing Rodri from Atletico Madrid have improved significantly after A...

Manchester City's hopes of landing Rodri from Atletico Madrid have improved significantly after Atleti completed the signing of Marcos Llorente from Real Madrid.

Llorente has signed a five-year contract at the Wanda Metropolitano, and is believed to have cost Atletico €40m. The 24-year old's move is subject to the formalities of a medical.

Llorente's arrival at Los Rojiblancos would seem to speed up the departure of Rodri, most likely to City. The Premier League champions are believed to have met Rodri's €70m release clause, but face competition from Bayern Munich for his capture. Rodri would, in the process, become City's record signing.

Rodri would be considered a natural long-term replacement for Brazilian midfielder Fernandinho, who turned 34 in May. City-focused journalist Sam Lee has gone so far as to claim Rodri has already told City he wants to move to the Etihad.

Atletico are in flux this summer, with Antoine Griezmann set to depart. The likes of Lucas Hernandez (Bayern Munich), Diego Godin (Inter) have already left, with Juanfran and Felipe Luis to follow. Llorente is regarded by Diego Simeone as the ideal replacement for Rodri.

Madrid-born and bred, Llorente can operate in midfield and in defence but had found himself unable to secure a regular berth in the Real Madrid side. Head coach Zinedine Zidane needs to trim his squad in terms of numbers and wages after spending quarter of a billion euro already. Eder Militao, Luka Jovic, Eden Hazard, Ferland Mendy and Rodrygo have all signed up a the Bernabeu for massive transfer fees.

While City wait to confirm the capture of Rodri, another of their full-backs has signed a contract extension at the club. Oleksandr Zinchenko has put pen-to-paper on a three-year extension to heep him at the Etihad until the summer of 2024. Zinchenko's signing follows just 24-hours after Kyle Walker signed a similar length deal.

City director of football Txiki Begiristain was full of praise for the Ukrainian international, "Zinchenko has shown over the past two seasons what a superb talent he is.

“Not only does he have a wonderful first touch and left-foot, he is a player completely focused on becoming the best footballer he can be.

“His improvement since joining us tells you everything you need to know about his attitude and ability.

“Young, hungry and already an established international, he fits perfectly into our long-term strategy. We are delighted he wants to stay here.” 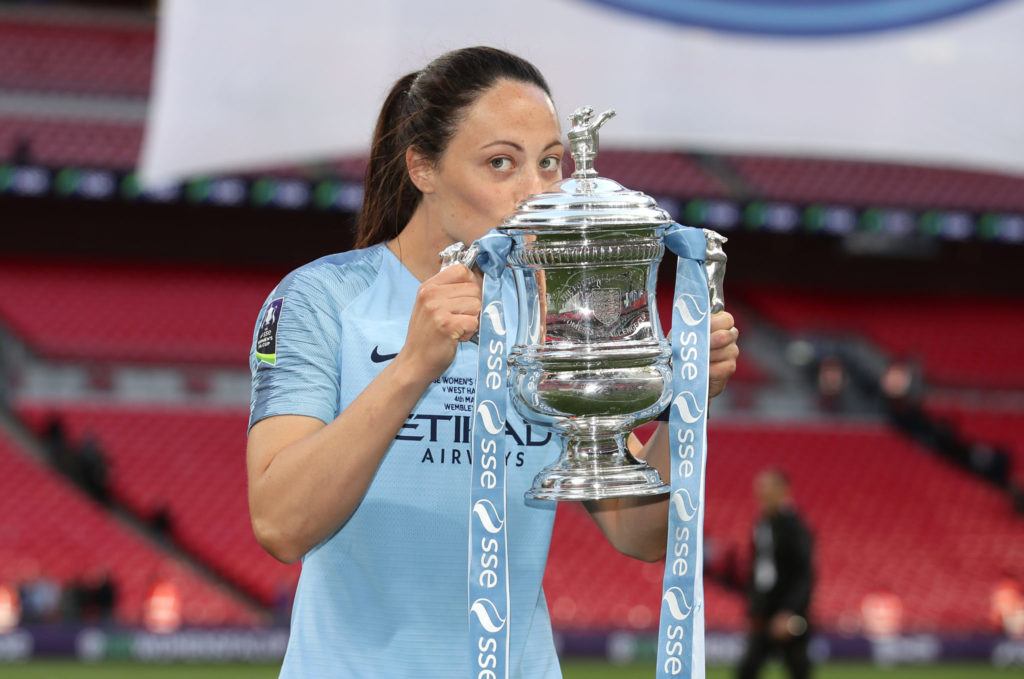 Republic of Ireland women's defender Megan Campbell is another inking a new deal at Manchester City. The 25-year old has signed a one-year extension to tie her to the club until the summer of 2020. Campbell joined City in 2016, and has racked up 28 appearances for the FA Cup and Continental Cup holders.

Campbell missed chunks of the last two seasons through injury, but she's told CityTV she's ready to put all that firmly in the past, "I’m very excited to get going again, starting as a new player almost.

“I’m looking forward to coming in and fighting for my place. My thoughts are to stay fit and healthy and push on from there.

“I feel 100% fit. My injuries are in the past and I feel like a new player. I’ve been working hard in the off-season – there’s been no rest for me! I’ve had long enough off over the past year.

"I was being human" - Rashford denies making lewd gesture to fan