Awaiting the commencement of their 2020 European qualifying campaign in March, uncertainty has emerged in one of the few positions where the Republic of Ireland would have assumed itself to be taken care of; right-back.

Hitherto reserved for the Irish captain Seamus Coleman, a slight downturn in the Donegal man's club form, compounded by the impressive performances of Wolves' Matt Doherty, has left Mick McCarthy with a decision to make.

Speaking to the show's host on The Keith Andrews Show this afternoon, former Irish international Kevin Kilbane acknowledged the issue McCarthy faces, and believes there is only one logical solution.

"[Matt Doherty] has to be in the starting XI, he deserves it," Kilbane stated.

"But there's got to be a way of getting them both into the team." 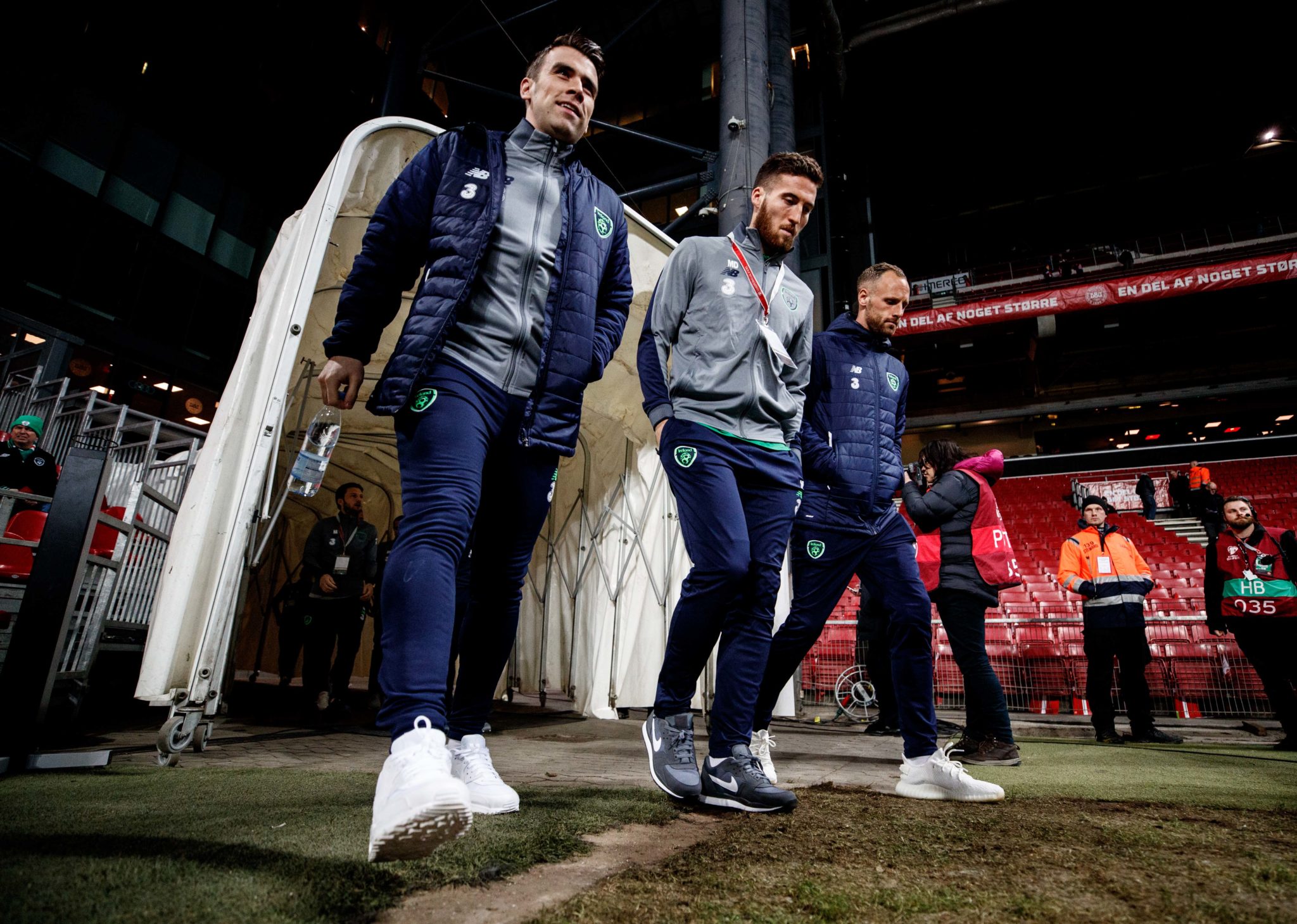 At 26-years-old, Doherty's international breakthrough at senior level came only at the end of Martin O'Neill's reign in charge of Ireland.

Coming on as a substitute in an uninspiring friendly against Turkey in March 2018, the Premier League full-back made three subsequent appearances during O'Neill's tenure.

Although Keith Andrews isn't wholly in agreement with those who argue that Doherty should have been afforded his breakthrough sooner, the former Irish midfielder is of the opinion that the Wolves man is now too good for McCarthy to exclude.

"He has to be in the [starting] XI," Andrews stated in agreement with Kilbane.

"He deserves it. It's gone past just the general public hype.

"In the last eighteen months, he's really shone and jumped on."

As to how Mick McCarthy suitably solves the issue of have one slot to fill but two players angling for it, Andrews and Kilbane, determined that both Matt Doherty and Seamus Coleman play within the starting XI, feel it will simply be a case of move one player to the alternate full-back position.

"Is it as simply as playing Doherty left-back because he's done it at Wolves," Andrews asked.

Perhaps not great news for the current incumbent of that left-back role, with a relatively limited number of Premier League players at his disposal, it is unlikely that McCarthy will not do all that he can to have both players included for that opening friendly against Gibraltar in March.