Alan McLoughlin was more than just the hero for the Republic of Ireland in a ‘bitter’ Windsor...

Alan McLoughlin was more than just the hero for the Republic of Ireland in a ‘bitter’ Windsor Park night, according to former national manager Brian Kerr.

In the wake of the passing of the veteran of two World Cups, tributes and memories of McLoughlin have been shared throughout the week.

One particular memory of the late midfielder was shared by most in the country, who remember him as the hero of Windsor Park, as he scored his only international goal to equalise against Northern Ireland and secure the Republic a place in the 1994 World Cup.

The match itself was infamous as one where there were next to no Republic of Ireland supporters in Belfast, in a very hostile environment to be a visiting supporter.

Speaking to Nathan Murphy on Off The Ball, Kerr remembered the historic night and the ‘bitter atmosphere’ in Windsor park.

“I heard them say in the figure today that the FAI got 400 tickets, but I don’t know if they gave them out,” Kerr said.

“It was an extraordinary night, and there was a lot of bitterness in the air. You certainly wouldn’t be shouting or roaring in your seat or letting your accent be heard, particularly mine.

“It was a very tense and nasty occasion; I have to say. There was great joy at the end of it, with Alan McLoughlin coming on in that atmosphere.

“It was a dreadful atmosphere, it really was, for a game of football; there was so much bitterness and sourness in the air, going back probably to the previous game where we had won 3-1 in Dublin and the crowd were singing ‘there is only one team in Ireland’.

“The Northern Ireland football supporters felt very aggrieved about that, and Billy Bingham threw some petrol on the fire on the night [with his impending departure as manager of Northern Ireland].”

Despite the hostility, Kerr and other Republic of Ireland supporters were lifted by the brilliant goal from McLoughlin to send Jack Charlton’s side to the USA.

“Anyway, Alan McLoughlin produced the goods,” Kerr said. “It was a great goal in a difficult situation.

“The ball broke to him, he took a touch and banged it into the net from inside the box.” 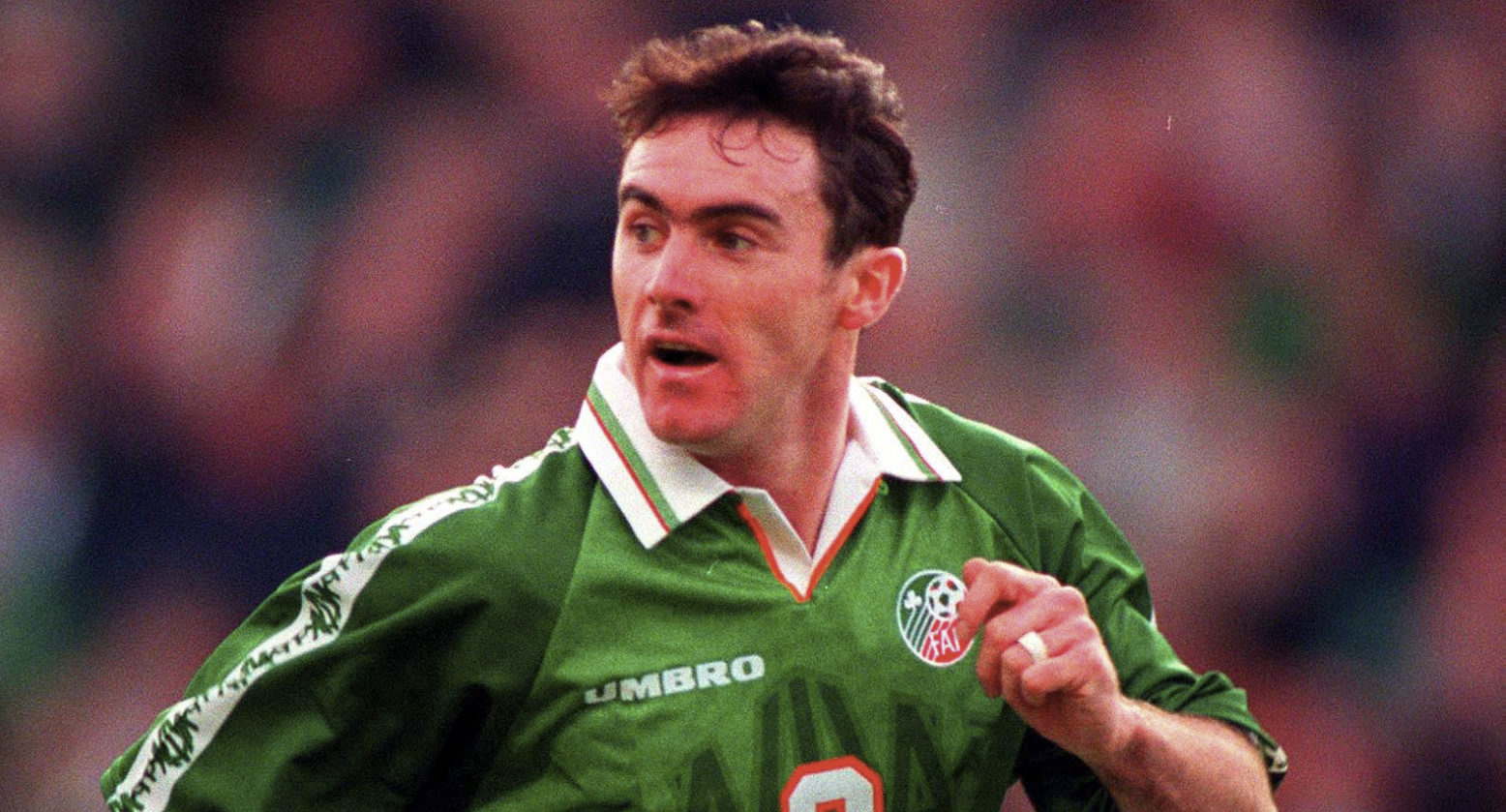 McLoughlin was more than just that night in Belfast

While he would undoubtedly be proud of that moment, Kerr suggested that the goal and that night would not be the only thing that McLoughlin and his family would want him to be remembered by.

“I am sure that he and his family would not want him to be remembered for that alone,” Kerr said.

“He’d want to be remembered for the good guy that he was, the intelligent football player that he was.”

Kerr suggested that McLoughlin’s understanding and intelligence in the game would be better appreciated in the modern era than it was during his playing career, despite having played 43 times for the Republic.

“I think in this era he would have been much more of a regular at a higher level of football than he was in those days.

“He played in a time where football was different, there was a lot more aggression in the game; there was less room for intelligent footballers who saw the space and were able to break into it around the penalty area as he did that night.

“I think he would want to be remembered for his dedication and loyalty to clubs like Swindon for whom he played over 100 matches and Portsmouth for whom he played 100s of matches, and all the other clubs that he made a contribution to.

“I didn’t deal with Alan much, but I heard him making contributions on our programmes over the years and he was obviously a very intelligent assessor of football and his coaching ability was highly valued in the clubs he worked with.

“It seems like he was just a great all-round guy. From our point of view, we were just supporters who saw a bloke play and admired him as a player, but he was much more than that.”