West Ham manager David Moyes was delighted with his side's big win over Aston Villa, but hopes that the strong performance will continue.

West Ham manager David Moyes was delighted with his side's big win over Aston Villa, but hopes that the strong performance from his players will continue.

The Irons hammered a 10-man Aston Villa 4-1 on Sunday, with Ben Johnson, Declan Rice, Pablo Fornals and Jarrod Bowen all finding the back of the net.

While the red card was a moment of controversy, as some pundits and fans believe that the wrong foul was sanctioned, the Hammers were in control for most of the match.

David Moyes insists he was slightly 'disappointed' with #WHUFC's performance at #AVFC, but was delighted with the result. ⚒ pic.twitter.com/xg8fU751uB

Speaking to Sky Sports after the match, West Ham boss David Moyes was delighted that his side not only scored four goals, but that they were spread amongst the said.

"Getting four goals from four different goal scorers; that pleased me," Moyes said. "The resilience at different points of the game.

"There was a really good save from Lucas at 2-1. So, bits of the game were very good, there were bits that I wasn't so pleased about.

"I thought that we didn't quite pass the ball as well as we have in recent games. But it is a good sign that we can come here and feel a little bit disappointed with the way that we played but still have a good victory."

With no real striker in the side, according to Moyes, the fact that no one player scored more than once is important, as it shows that all of his players are capable of making that break through.

"I don't think we have any absolute, out-and-out striker," Moyes said. "Michail Antonio is a newborn striker and doing a brilliant job at it.

"I just praised him there for making a goal. The pass he makes for the fourth goal really helps us. So, from that point of view, part of the job is making a goal for each other, and today, in the end we got that.

"There was a couple of good moves for us to get the four goals."

Should it have been a double-dismissal for #AVFC today? 🟥 pic.twitter.com/5Fmkqilian

Aston Villa were down to 10 men at the beginning of the second half, with Ezri Konsa being shown red for a foul that prevented a goal-scoring opportunity.

However, many believe that an incident in the build up to that foul, involving Kortney Hause, should have warranted a red card as well.

Regardless of which player was sent off, Moyes did not necessarily feel that his side got much benefit from being a man up.

"Sometimes when you go to 10 men, you can dominate the game with ball and it is hard for the opposition," Moyes said. "We didn't quite get that and get the ball down well enough.

"So, we had to get through that, but you have to expect it. We are at Villa Park, they are desperate and pushing for a win.

"They threw a lot of long throws in the box in that period of the game which made it really hard." 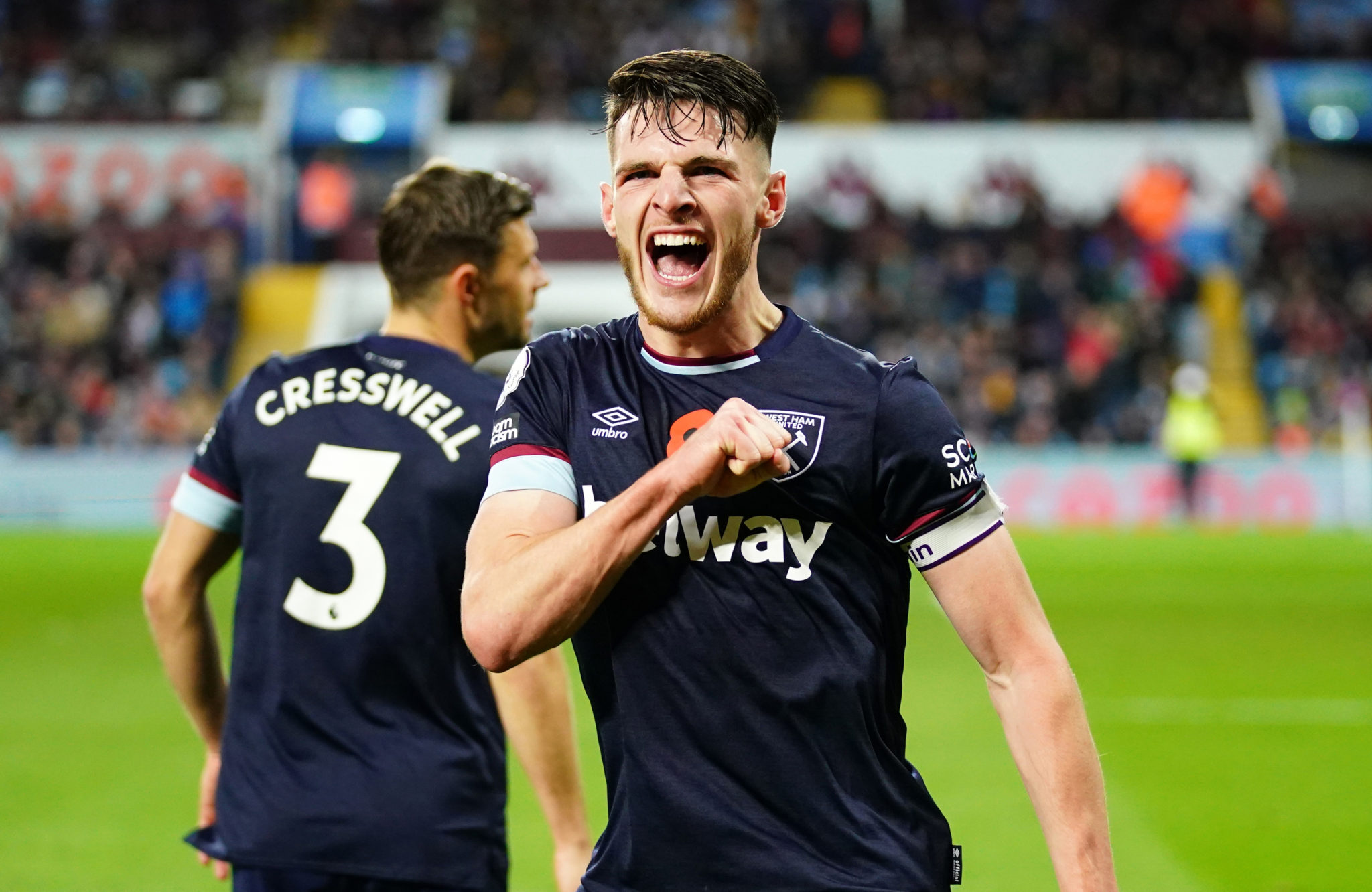 For Moyes, the important thing is to not get complacent and to continue building from a performance such as the one on Sunday.

"It has been a great week," Moyes said. "But you know what happens in football, it can quickly turn around and bite you in the bum if you are not careful.

"So, from that point of view we have done the job. We have another game on Thursday now. We will enjoy a day off tomorrow, but we are back on it again; we have to be.

"I don't want West Ham to become that flaky, inconsistent team which a lot of people would remember West Ham for. I have got to make sure we change that."