Brazilian superstar Neymar Jr. has discovered a clever way to stay fit at home during the coronav...

Brazilian superstar Neymar Jr. has discovered a clever way to stay fit at home during the coronavirus pandemic - by playing football with his dogs.

Like every major league in Europe, Ligue 1 is suspended indefinitely while COVID-19 grips the world, leaving the likes of Paris Saint-Germain's star forward Neymar idle in his residence.

Naturally, it is vital for every elite athlete to maintain a high level of fitness during this uncertain time and it appears that Neymar is duly obliging via an enjoyable-looking method.

The ex-Santos striker has posted a video and accompanying imagery to his 136 million followers on Instagram, showing PSG's number 10 dribbling with a football on his homemade football pitch while being chased by two dogs.

While that may sound intense in theory, the illustration of the above description looks every bit the joyful experience as Neymar's dogs happily play along to inadvertently keep Brazil's main man fit and healthy.

Neymar is not the first high-profile footballer to get creative at home in order to maintain fitness during this unprecedented time.

For instance, Tottenham Hotspur and England midfielder Harry Winks took on the 'coronavirus challenge' at home with this over-elaborate - but very impressive - tea-making effort.

Meanwhile, Liverpool teammates Trent Alexander-Arnold and Alisson Becker got in on a similar act. Alexander-Arnold demonstrated his technique and accuracy from distance with this novel free-kick in his back garden.

Brazil international Alisson Becker, on the otherhand, stayed on brand by using his hands in his challenge. Liverpool's first-choice goalkeeper posted on his Instagram account, showing him being filmed throwing an American football from his back garden all the way up to the roof of his house and through the open Velux window. Nice.

Perhaps Neymar's social media effort is the most relatable, as his video shows the fun one can have with their pets while also exercising in a productive manner. 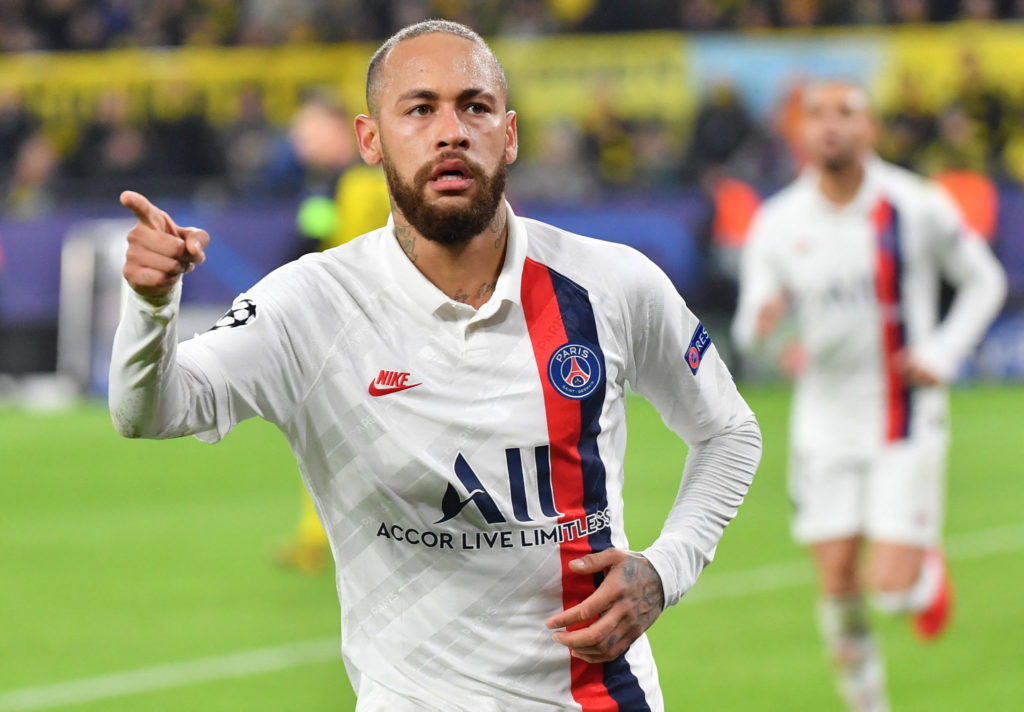 Neymar's PSG have had a decent season thus far.

Thomas Tuchel's side currently sit atop of Ligue 1, ahead of their nearest rivals Marseille by 12 points. The Parisians also secured their passage through to the quarter-finals of the Champions League after defeating Borussia Dortmund in the Round of 16.