The Norway-plus Deal: Can Ole Gunnar Solskjær be a success at Manchester United?

News leaked out yesterday that Manchester United would be hiring an interim manager with previous links to the club following the departure of Jose Mourinho.

The United hierarchy threw cold water on the idea of a blockbuster appointment; this was going to be a quick fix to get them through the season.

Laurent Blanc was mentioned as a possible successor to the Portuguese, while Steve Bruce and Mark Hughes (perhaps more so in jest) were suggested speculatively on social media.

Talk came to a decisive end last night when those in charge of the Manchester United official website accidentally published a post claiming that Ole Gunnar Solskjær would in fact be the interim boss at Old Trafford come Wednesday morning.

The man who delivered United to the 'Promised Land' in 1999 with a last-gasp Champions League-winning goal against Bayern Munich would once again grace the dug out and look out over the Stretford End. To manage, like those before him, in the shadow of the Sir Alex Ferguson Stand. 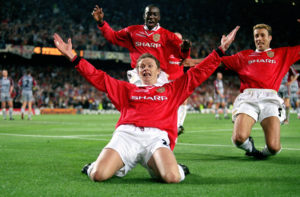 Admittedly, the Norwegian has little pedigree in way of top-level management.

Two top-flights titles in his native country as manager of FC Molde and a Norwegian Football Cup means he does have some silverware on his CV. But his only stint in the Premier League offers scant insight into his ability.

A winning start to life in England came as he saw off Alan Pardew's Newcastle in January 2014 - but this was followed by a string of defeats to Swansea, Hull, Crystal Palace and Sunderland.

Pardew exacted revenge by condemning Solskjær to relegation, although the atmosphere inside St. James's Park that day offered little reason to smile for the Magpies boss.

Life in the Championship was no easier for the Welsh side and the two parted ways by September of that year.

The hope, I'm sure, for those behind the scenes at Manchester United is that getting the fans back on side by bringing in an adored former club star will give them some room to breathe while they pick the right, long-term successor.

"We will conduct a thorough recruitment process for a new, full-time manager," the club said yesterday in a statement.

Nothing unusual sounding there. After all, the Irish are no strangers to succession plans.

Mauricio Pochettino will likely be the top target for Ed Woodward, while three-time Champions League winning manager Zinedine Zidane will also be an attractive prospect for the club.

But for now, a short-term appointment has been made.

We will conduct a thorough recruitment process for a new, full-time manager," the club said yesterday in a statement. 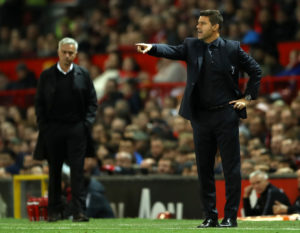 Next In Line: Mauricio Pochettino may be the next permanent appointment at Manchester United.

'Manchester United is in my heart'

In the announcement on Wednesday morning, United wasted little time pointing out his record as a player - '126 goals in 366 appearances for United between 1996 and 2007'.

"Ole is a club legend with huge experience, both on the pitch and in coaching roles," Woodward said.

"His history at Manchester United means he lives and breathes the culture here and everyone at the club is delighted to have him and Mike Phelan back.

"We are confident they will unite the players and the fans as we head into the second half of the season."

It is imperative Woodward gets this right. David Moyes, the 'Anointed One' and supposedly 'cut from the same cloth' as Alex Ferguson was a poor appointment by the United board. Louis van Gaal delivered United their first major trophy post-Ferguson, but his tenure ended in disaster.

Mourinho's appointment appeared to be the high-profile name that the club were looking for but a toxic start to his third season - United's worst in the history of the Premier League - led to his unceremonious exit this week.

The goodwill had run out. Where did all the love go?

"Manchester United is in my heart and it’s brilliant to be coming back in this role," Solskjær gushed in a statement on Wednesday morning.

"I’m really looking forward to working with the very talented squad we have, the staff and everyone at the club."

Manchester United is in my heart and it’s brilliant to be coming back in this role," Solskjær gushed. 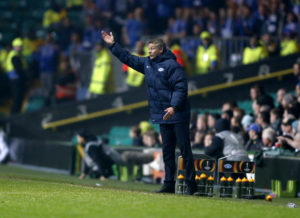 Undoubtedly he'll have the immediate backing of the fans. Just like Moyes did. And Giggs after him.  And then Van Gaal. And certainly the same way Mourinho did.

The difference here remains that he is fully aware that this is only temporary. A good campaign might put him in the shop window for a potential return to England on a long(er)-term deal.

Success in all its forms

United haven't been handed a kind Champions League draw and are favourites to be dumped out of the competition at the hands of French giants, PSG.

A good second-half to the season is now perhaps the best hope the club have before Solskjær is relieved of his duty by the end of the season.

Expectations will have to be tempered as United battle back from the brink.

What the fans have to do now is decide what constitutes success. The team they have are probably not good enough to win a Champions League and their leaky defensive issues will certainly prevent them from making up ground on Liverpool and Manchester City.

So what's left? A top-six finish? Lifting the FA Cup come May?

Talk like this isn't quintessentially Manchester United. They should be targeting league titles, Champions League trophies, success in all its forms.

But we aren't living in quintessentially Manchester United times.