The 23-year-old went on to score the winner against Birmingham and was praised for not reacting to what Hourihane labelled a "disgusting incident". 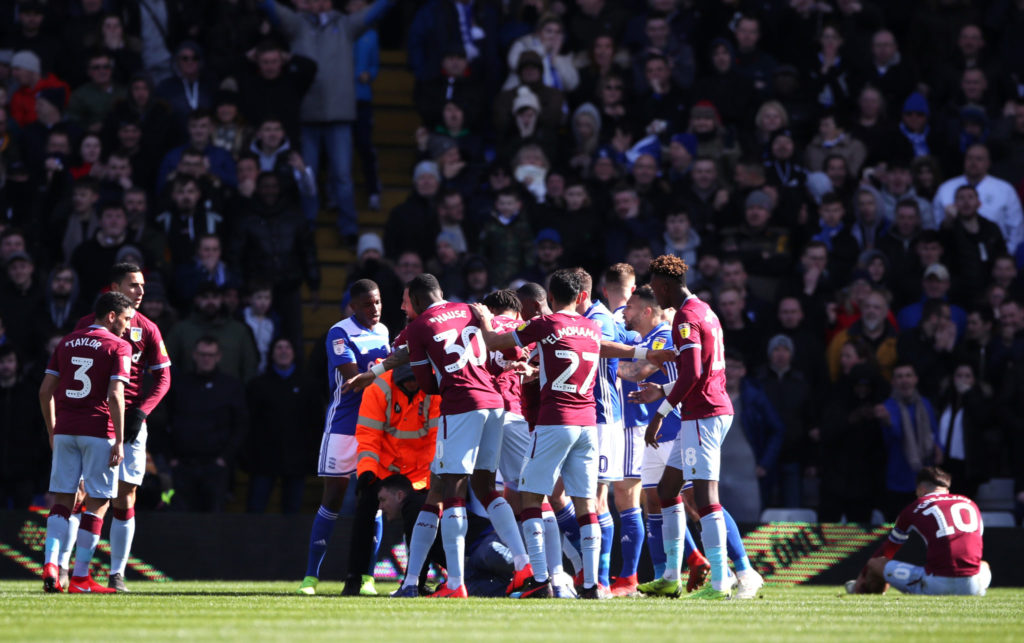 "We saw [the fan] running toward the group of players because he had come from the corner flag. We thought everyone was going [to cheer], it's just one of those things that happens in football," he said on Monday's OTB AM.

"No one expected the incident that happened. It was an absolutely disgusting incident. That can't be tolerated in the game. Jack could have been severely hurt. It was a freak incident that puts a dampener on the game.

"We've come away with a fantastic result and to beat them in their back yard is huge for us. Instead we're talking about this idiot that could have caused severe damage to someone." 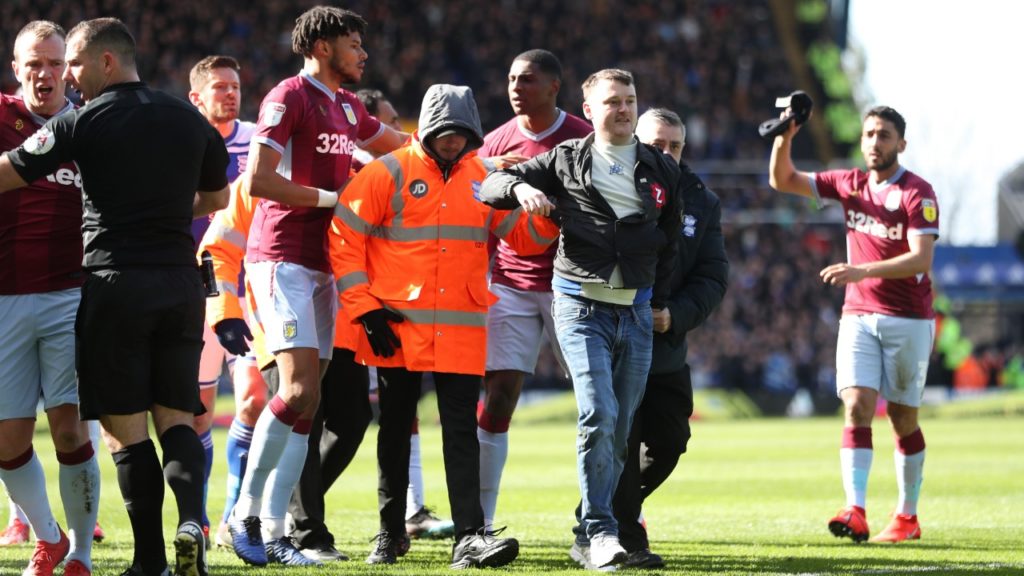 Jack Grealish is struck by a fan during the Second City Derby.

Asked whether Grealish was rattled after yesterday's flashpoint, Hourihane said:

"Of course he was - he was probably in a bit of shocking thinking: 'Has that just happened?'

"He showed his class, kept his cool and he had the last laugh in the end. The buzz when Jack scored that goal. It was all set up for him.

"A lot of players would have gone into their shell and you wouldn't have blamed them if they did. But hats off to him. Absolute class act in dealing what happened to him.

"It was just crazy. We just thought he was a pitch invader trying to make a name for himself - probably got jeered on by his friends. It was chaos for a minute or two.

"We were in shock, we were trying to defend Jack. You know, give a little sly one to the pitch invader at the same time. It was one of those crazy ones.

"One of the worst incidents I've seen on a football pitch by a long, long way. That can't be tolerated in the game."

Morning @JackGrealish1 hope your ok after y’day pal,DM me if u need to chat or need any advice 👍👍

Kirkland was himself victim of an attack by a Leeds fan during a Championship game in 2012 - the 21-year-old fan was jailed for 16 weeks following the attack.