'I went to the referee to say, 'look at this, stop the match!' | Reguilon & Kane

The quick thinking of Sergio Reguilon and Eric Dier pitch likely saved the life of a fan at in th...

'I went to the referee to say, 'look at this, stop the match!' | Reguilon & Kane

The quick thinking of Sergio Reguilon and Eric Dier pitch likely saved the life of a fan at in the crowd at the match between Newcastle United and Tottenham Hotspur.

The Premier League fixture between Newcastle and Tottenham was halted near the end of the first half when it was brought to the attention of officials that a spectator was undergoing a medical emergency.

Heung-Min Son was standing over a corner with five minutes left in the first half of Newcastle-Tottenham's Premier League game.

The Tottenham players in the box waved for the attention of the referee and pointed towards the stands where a fan appeared to have collapsed.

Eric Dier could be seen motioning for a defibrillator to the bench, which was followed by a doctor sprinting across the field from the bench.

However, attention was first drawn to the fan in distress by Tottenham's Reguilon, who spotted what was happening in the stands from his position on the pitch.

"I went to the referee and said 'look at this - stop the match'."

Sergio Reguilón explains what happened during the incident during the first-half of #NEWTOT... pic.twitter.com/L9ayEFWuhx

Speaking to Sky Sports after the match, Harry Kane joined Reguilon to discuss what happened in the stands, and how their attention was drawn to it.

"We heard the fans kind of screaming," Kane said, before Reguilon continued. "I saw one guy, lying down, and one guy was doing like this [mimics the motion of CPR]," Reguilon said.

"I was very nervous, and I went to the referee to say, 'look at this! We cannot play with this!' So, they stopped the match.

"The referee and the linesman looked there, and now I think he is ok, right?"

According to Sky Sports, the spectator was rushed to a nearby medical facility and is reportedly in a stable condition, however no confirmation of their current state has yet been made available.

"I listened to the fans, who were saying 'Stop! Stop!'," Reguilon said. "I looked to... see a fan going like this [puts hand up], and I said to the gaffer, look at that guy!

"He is lying down and it is not good, please stop the game'. After that, I think everything is ok now, and that is more important!" 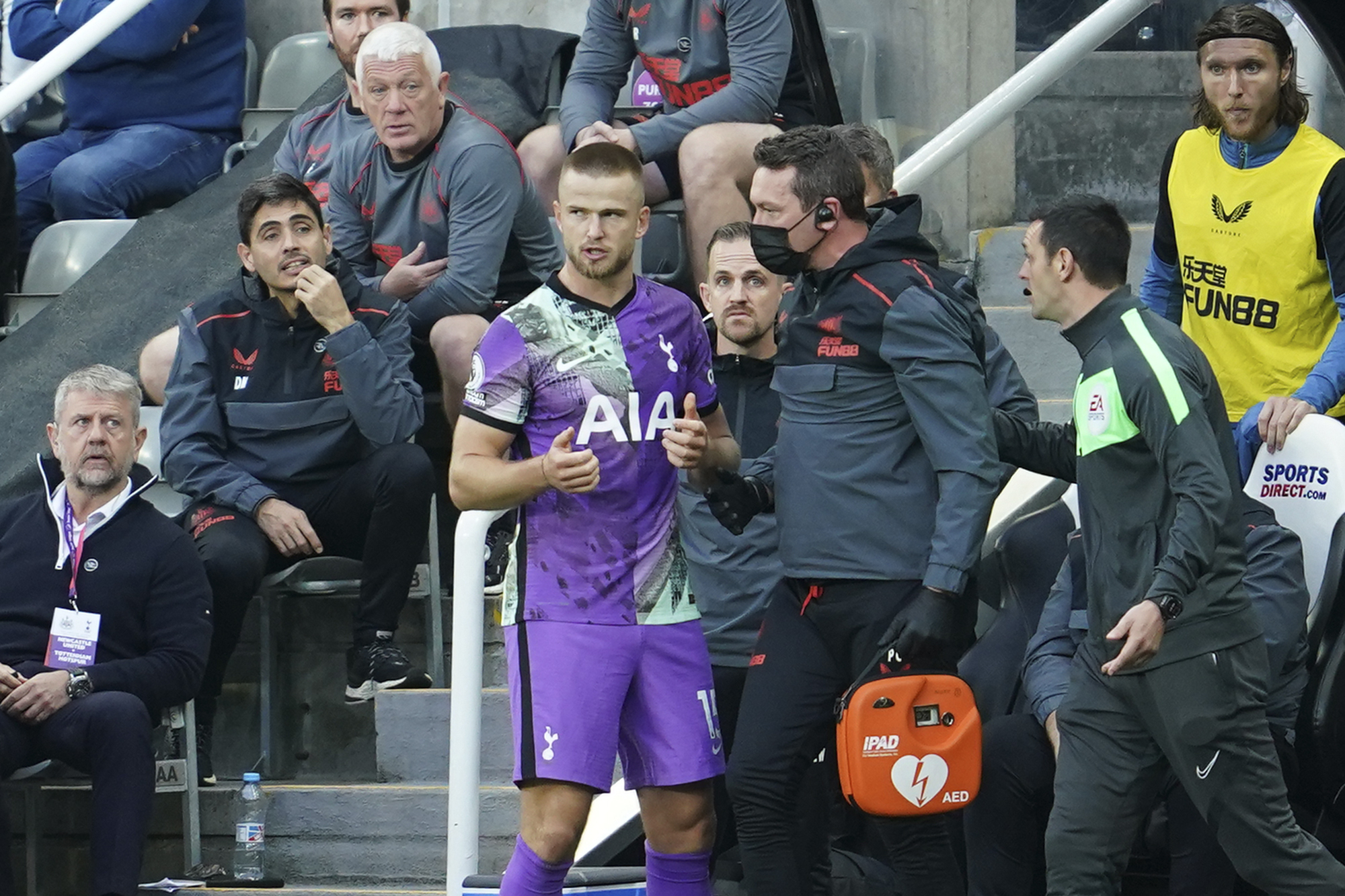 Eric Dier was seen motioning for defibrillators to be brought to the stands from the team doctor after Reguilon spoke up, and Kane explained his and the players' thought processes during that time.

"From our point of view, we knew that they had the [defibrillators] on the side of the bench," Kane said. "Obviously we didn't know if the medical staff had that in the crowds, so that is what I think Eric [Dier] went over and said.

"Even just to run over and see if they have one."

Kane mentioned that he and his teammates hope that everyone in the stadium, especially the fan that experienced the medical emergency, recovers from the ordeal.

"It was devastating to see," Kane continued. "We wish him all the best, and obviously all of the fans as well. It wasn't nice to be there and see that. From our point of view, we hope everyone is ok!"