Republic of Ireland are showing signs of "progression" | Matt Doherty

Matt Doherty says their performance against Portugal shows the improvements they've been making u...

Republic of Ireland are showing signs of "progression" | Matt Doherty

Ireland were undone by two late Cristiano Ronaldo headers in a 2-1 defeat on a night where Ireland carried a threat with the ball and Doherty enjoyed one of his best games for his country.

“To be honest there has been quite a bit of growth," the Spurs defender said ahead of tomorrow's clash with Azerbaijan in the World Cup qualifiers. "The way we have been trying to play came to the fore on Wednesday night.

"That is progression over the games, we seem to be looking better, looking more of a threat going forward every time we play.” 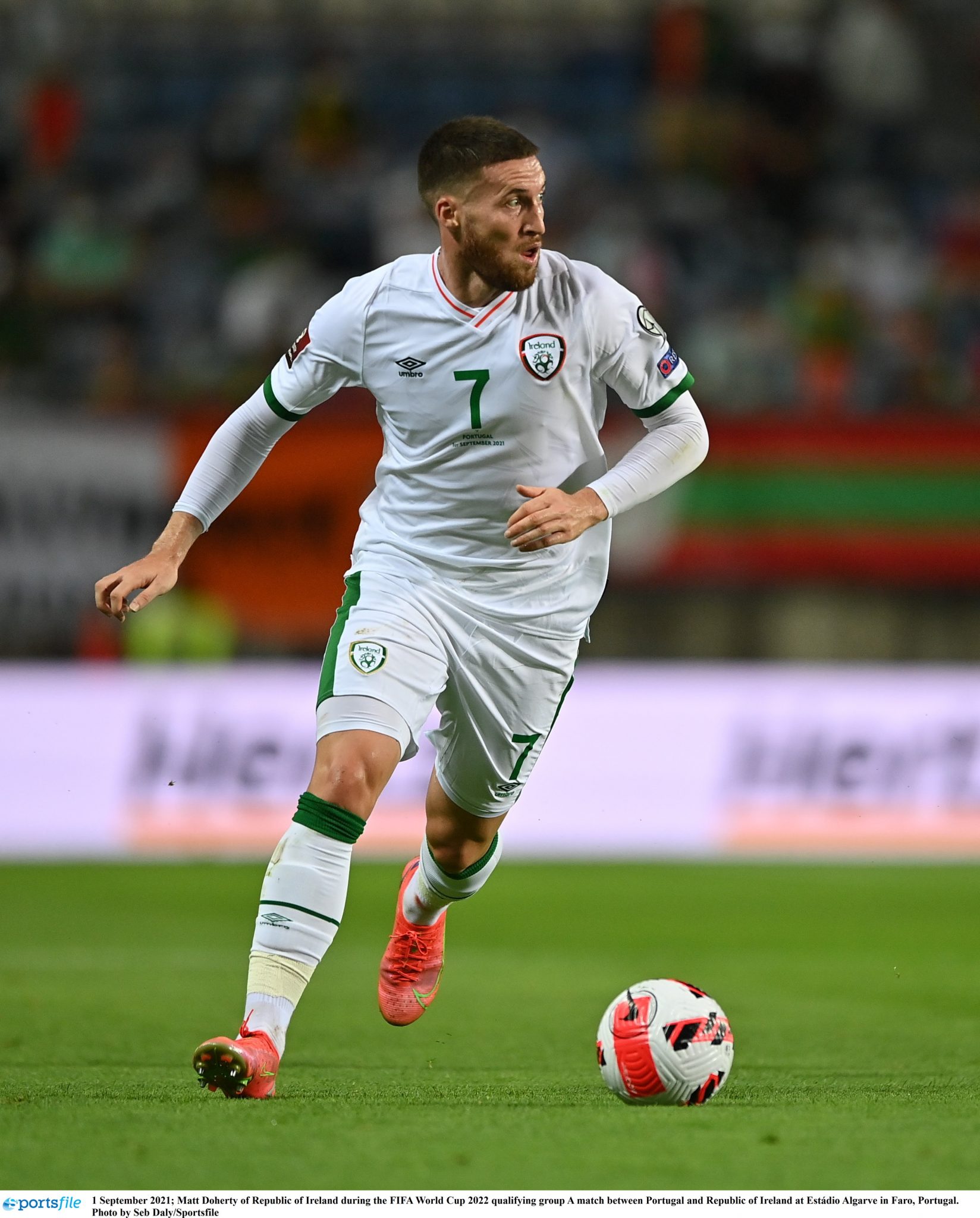 Need a win against Azerbaijan

Doherty says he's recovered from feeling ill in the second-half of Wednesday's loss to Portugal and insists he's happy to play again at left-wing-back tomorrow night.

Stephen Doyle and Stuey Byrne will have commentary from the Aviva Stadium on Off The Ball tomorrow evening and the former Bohemians player knows it's a 'must win' if Ireland are to have any chance of qualifying for the finals in Qatar.

“Definitely, we need to get a win anyway to get into the group. We know we’re going in the right direction in terms of performance, but we’re here to win games.

We didn’t manage to do that in Portugal, but Azerbaijan is the next game and we need three points to get up and running.”

Stephen Kenny: I don't care about the noise - we're getting better