Cristiano Ronaldo put together his best all-round performance under Ralf Rangnick in his match-winning hattrick performance, according to the Manchester United manager.

Cristiano Ronaldo put together his best all-round performance under Ralf Rangnick in his match-winning hattrick performance, according to the Manchester United manager.

Ronaldo became the most prolific goal-scorer in the history of world football when he scored his hattrick against Tottenham Hotspur on Saturday evening.

The match-winning third goal put the Portuguese captain at 807 goals across all forms of the game.

"Since I arrived it's been Cristiano Ronaldo's best performance" 💯

While Ronaldo has been criticised in the past for not defending and only looking to score goals, Rangnick felt that this was his best performance for the German manager, because the 37-year-old did track back and defend.

"Since I arrived it was his best performance," Rangnick said. "Not only because he scored three goals, two brilliant goals.

"So, a top performance by him, but also by the rest of the team."

Ronaldo was absent for the Manchester derby last Sunday with a hip flexor injury. United would lose that match in what Roy Keane called a 'shameful' performance, and some believed that Ronaldo's absence was evidence that he was unhappy under Rangnick.

Rangnick, however, expected a big perfromance from the striker as he returned to the starting XI for the Spurs encounter.

"Although he only resumed training on Thursday, his training session on Thursday was so good that I decided to bring him from the start and not have him on the bench.

"In the end it was the right decision. He didn't train for a week, and I was not sure if his hip flexor was good enough to let him play.

"I had a conversation with him before the training on Friday and he told me that he was fully fit and he can play. That is why he started." 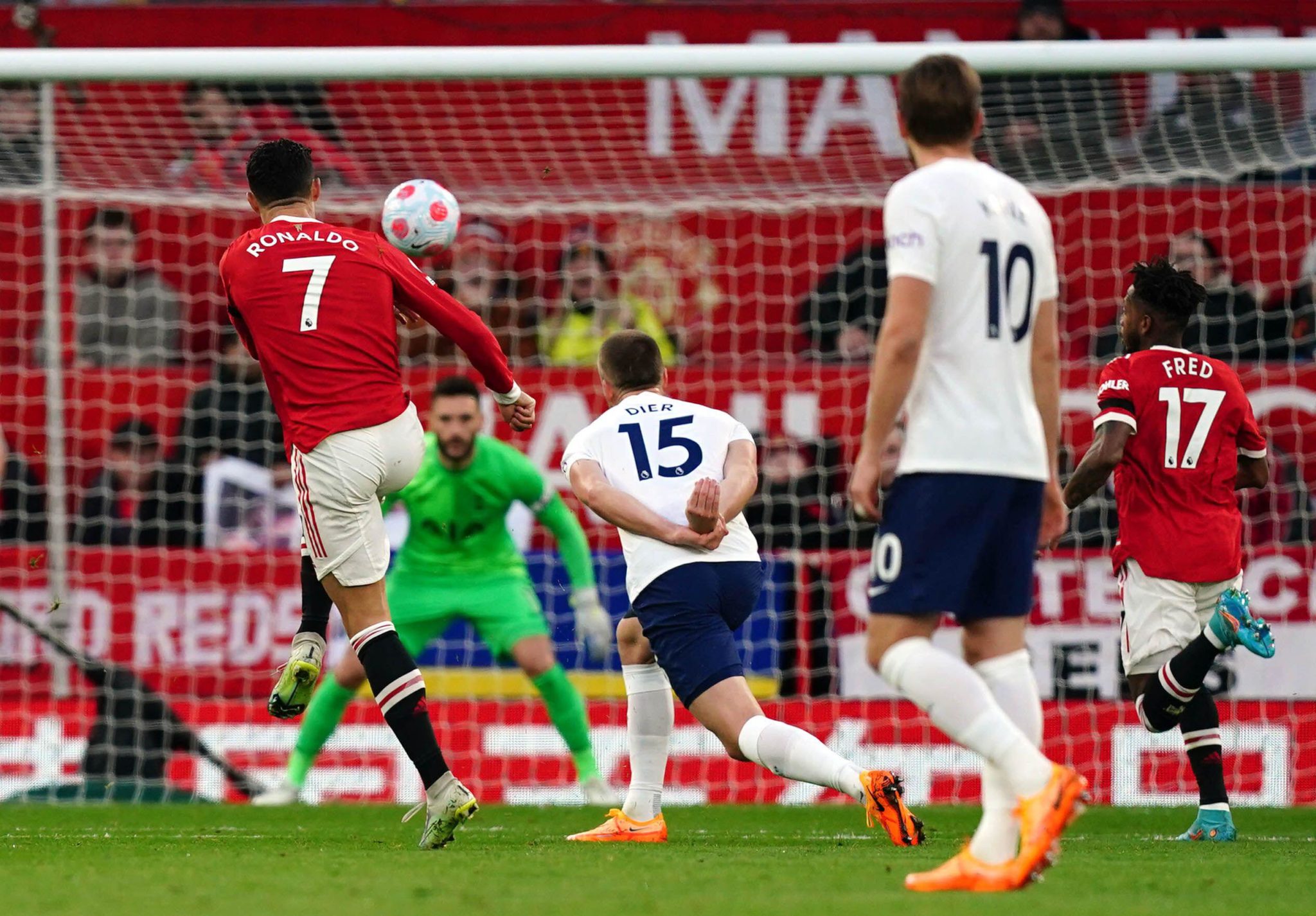 Overall, Rangnick was pleased with how his side bounced back from their 4-1 humiliation to Manchester City a week earlier.

"It was exactly the kind of reaction that we expected after the poor performance in the second half against City," Rangnick said.

"Coming back after two equalisers also showed the right mentality. We were really aggressive in those moments and also defended well in the last seven or eight minutes. In the end I think we deserved the win."

‘The guy is a genius, he’s brilliant’ | Roy Keane on Ronaldo’s hattrick