'Roy Keane had a soft spot for me' | Manchester United legend

Phil Neville has revealed that he believes Roy Keane had a ‘soft spot for him but had a very di...

'Roy Keane had a soft spot for me' | Manchester United legend

Phil Neville has revealed that he believes Roy Keane had a ‘soft spot for him but had a very different feeling toward his brother.

Roy Keane ruled with an iron fist during his time as captain at Manchester United, a defining factor behind the Corkman becoming the most successful captain in the club’s decorated history.

Recent months have revealed a different side to Keane, who recently joined Instagram and is now a part of a punditry double-act with Micah Richards. We truly are living in strange times.

Speaking on The Greatest Game with Jamie Carragher, former United utility-man Phil Neville revealed that his captain might have had a fondness for him, which Keane usually reserved for his dogs. Take from that what you will.

Neville said, "Do you know what? I think he had a soft spot for me.

"He actually turned up to my wedding... and he would never turn up to anyone else's wedding.

"He turned up to mine and had a good time - and his kids went to school with my kids. Every time I see him now, I think 'he has a little bit of a soft spot for me."

Neville said that Keane did not extend his endearment to Gary, now a colleague of Keane at Sky Sports. 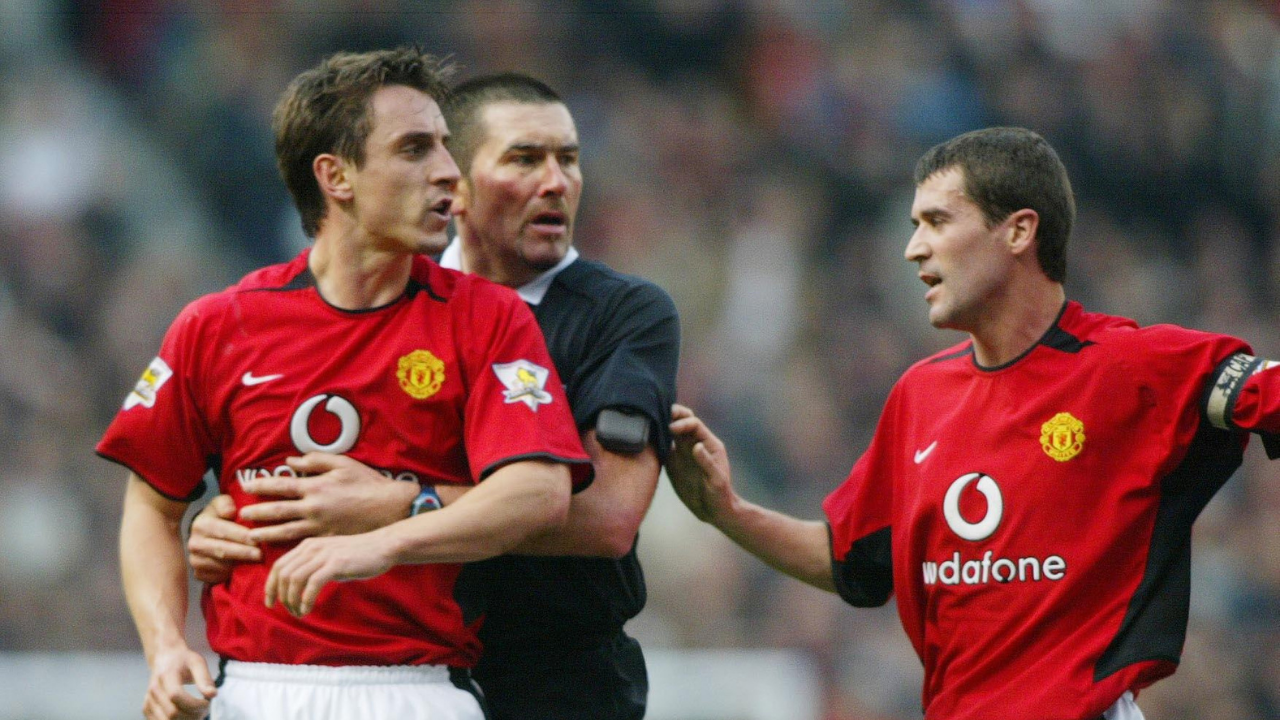 The younger Neville continued, "I think because he hated Gary so much - he used to fight with Gary every day - he saw me as the nice one."

Former United midfielder Eric Djemba-Djemba echoed Neville's assertion that Keane was a man with many layers who had a warm heart underneath the cold exterior.

Speaking on Keane, the Cameroonian said, “In the dressing room, Keane was a good guy. He was very affectionate.

“But on the pitch…. If you had a gun, you’d want to shoot him. He’d insult you; he’d say anything and everything.

“Sometimes I’d wear a diamond earring, and Keane would say to me, ‘What is this?’ So before I got to the dressing room, I removed it because I didn’t want him to see it.

“I remember he used to shout at Kleberson, who was a very quiet guy who never spoke and was always laughing.

"Keane would always shout at him, ‘Wake up, you’re not in Brazil now on the Copacabana. Run!’"