Shelbourne star Saoirse Noonan admits she needed to push herself to the next level at Shelbourne ...

Shelbourne star Saoirse Noonan admits she needed to push herself to the next level at Shelbourne as she pursued her international career.

Shelbourne won the Women's National League title on Saturday after a dramatic race. Noonan and her teammates beat Wexford Youths 3-2 to leapfrog Peamount United, who had a shock 5-2 defeat on the final day.

Noonan, 22, signed for Shelbourne this year after spending six years in her native Cork, where she also played intercounty GAA.

Speaking on OTB Sports, Noonan admitted that her move was not to win trophies but to fight for her place in the international squad. 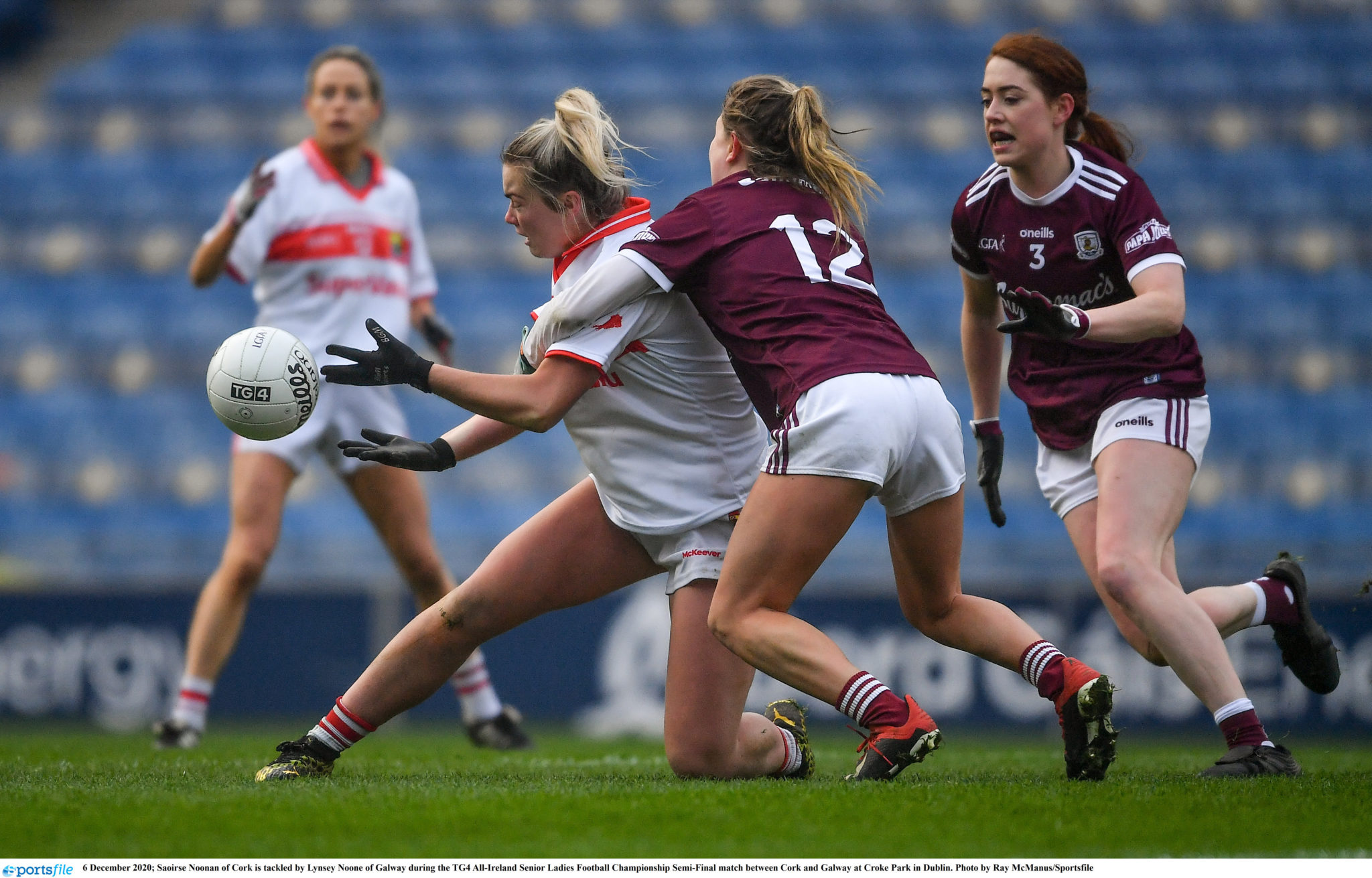 6 December 2020; Saoirse Noonan of Cork is tackled by Lynsey Noone of Galway during the TG4 All-Ireland Senior Ladies Football Championship Semi-Final match between Cork and Galway at Croke Park in Dublin. Photo by Ray McManus/Sportsfile

"It wasn't because I thought they were a better club," she said.

"It's not because I wanted to win trophies. I left because I knew if I stayed in Cork, I would be comfortable. I'd want to stay and play GAA.

"I really wanted to push myself to the next level.

"They had a good few players in the Irish setup, and I wanted to be at that level.

The move has turned out to be a success so far, as Shelbourne has won the WNL and Noonan received her first Ireland cap earlier this year.

"Making my debut was a night I'll never forget."

The midfielder says Ireland coach Vera Pauw never stated she wanted Noonan to leave behind GAA for her international career. However, Noonan felt she needed to put her eggs in one basket.

"Vera has always said she was happy with me to do both at the time, but I knew I had to just focus on one thing.

"I knew if I really wanted to make the next step, I would have to try and make a move. I'm really grateful for the position I'm in now.

"There's a lot of travel with international duty, and you can't miss ten days of training at intercounty level."

Football on Off The Ball, brought to you by Sky. All the football you love in one place across Sky Sports, BT Sport & Premier Sports.