On a disappointing night for the Republic of Ireland, the performance of captain Seamus Coleman was a point of concern for former Irish international, Damien Delaney.

Defeated by Switzerland on what could have been the night where Ireland secured a place at the 2020 European Championships, Seamus Coleman, a figure of consistent high performance throughout the majority of his international career, found himself red-carded with only minutes remaining in Geneva.

A sending-off that will rule the Donegal native out of next month's decisive qualifier against Denmark in Dublin, although it is unlikely that Coleman would have been omitted from Mick McCarthy's starting XI in usual circumstances, Damien Delaney believes the Everton full-back's form has declined recently.

"I don't think there would have been a serious debate," he explained on Wednesday's OTB AM regarding McCarthy's willingness to potentially drop Coleman, "but I think a lot of people would have been asking for it.

"I think Seamus would probably be the first to admit that he hasn't been [performing]. He's not been bad, he's not been terrible ... he has been OK.

"He has defended reasonably well, but you expect so much more from him." 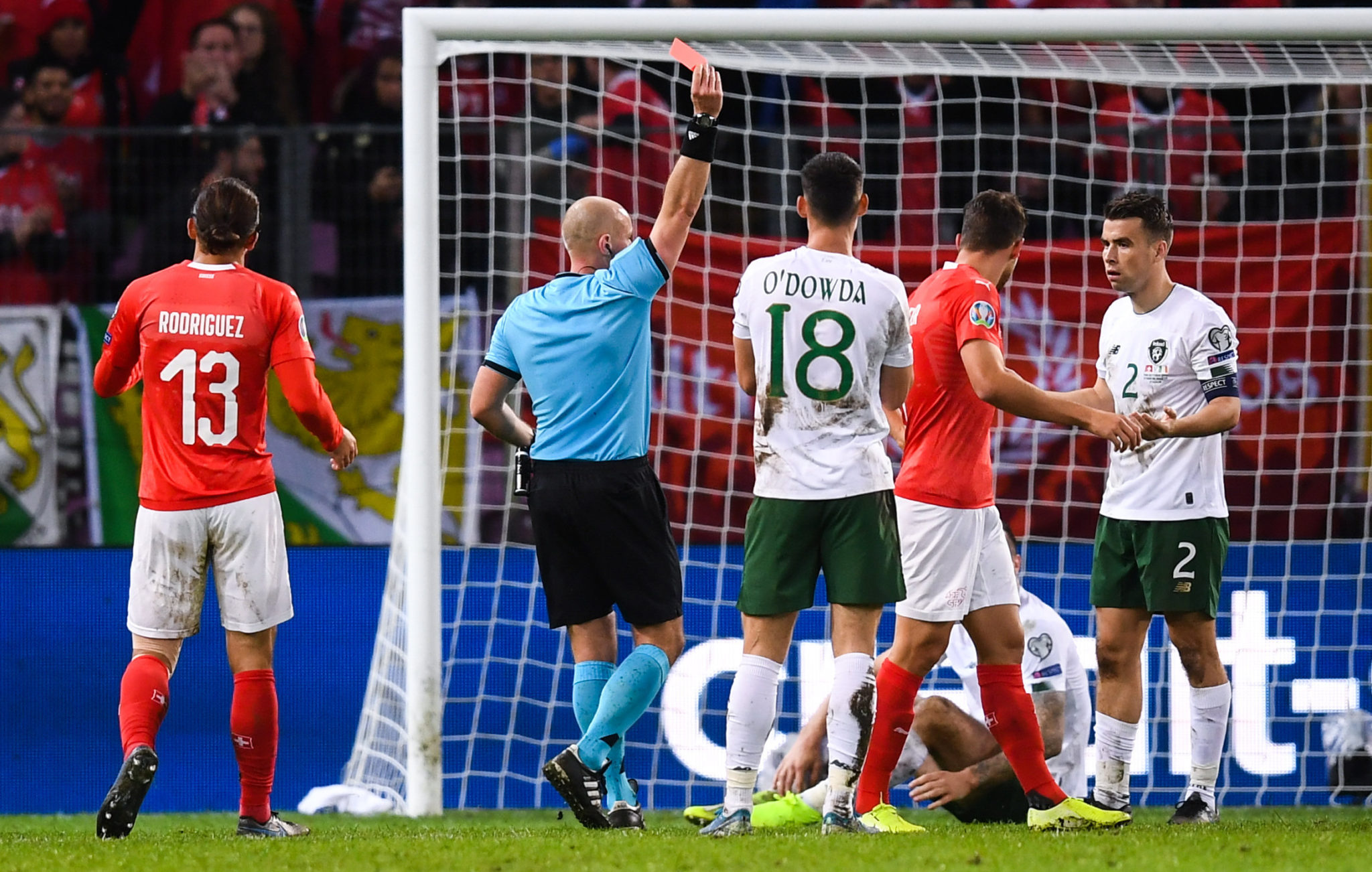 Beyond Seamus Coleman's performances, however, Delaney identified the development of an unusual trait in the former Sligo Rovers man.

"I see Seamus getting involved in a lot of off the ball stuff now," he remarked. "If there's a bad tackle, he's the first one in there.

"But he's not that type of lad. You can lead in many different ways and some people are like that, where they're confrontational and abrasive.

"Seamus isn't like that at all, he's a leader through doing."

A knock-on effect of Coleman's dip in form, perhaps, failing to uphold his usual standards is the source of such action, according to Delaney.

"I noticed it earlier in the campaign where he was getting involved in things and I remember remarking to someone I was watching a game with, 'That's not like him at all'," he recalled.

"It is probably a sign that he is struggling with his own performances, that he is getting very frustrated.

"He has set such high standards with Ireland and Everton, and I think he's just not his usual enthusiastic self with the ball."

You can watch back Damien Delaney's full assessment of Ireland's defeat to Switzerland on Tuesday night here.