Vera Pauw's side were beaten 1-0 in Kviv, with the loss effectively ending their hopes of qualifying for a first major finals. Ukraine went on to loss to Kenny Shiels' Northern Ireland in the playoffs for next summer's Euro 2022 in England.

Forentina's Quinn spoke to her friend, former Ireland rugby centre Jenny Murphy on OTB Sports' Up Close and Personal with Gillette, and revealed that the Ukraine loss was the hardest to take in her career.

"We could have gone on and got ourselves a playoff but we couldn't finish our dinner that day, we couldn't put the goals away.

"It hurts but you have to grow from it. You have to move on and the next plan is now to try and qualify for the World Cup.  It hurt a lot and because of COVID you couldn't even really console each other. It was a really weird and tough moment, yeah." 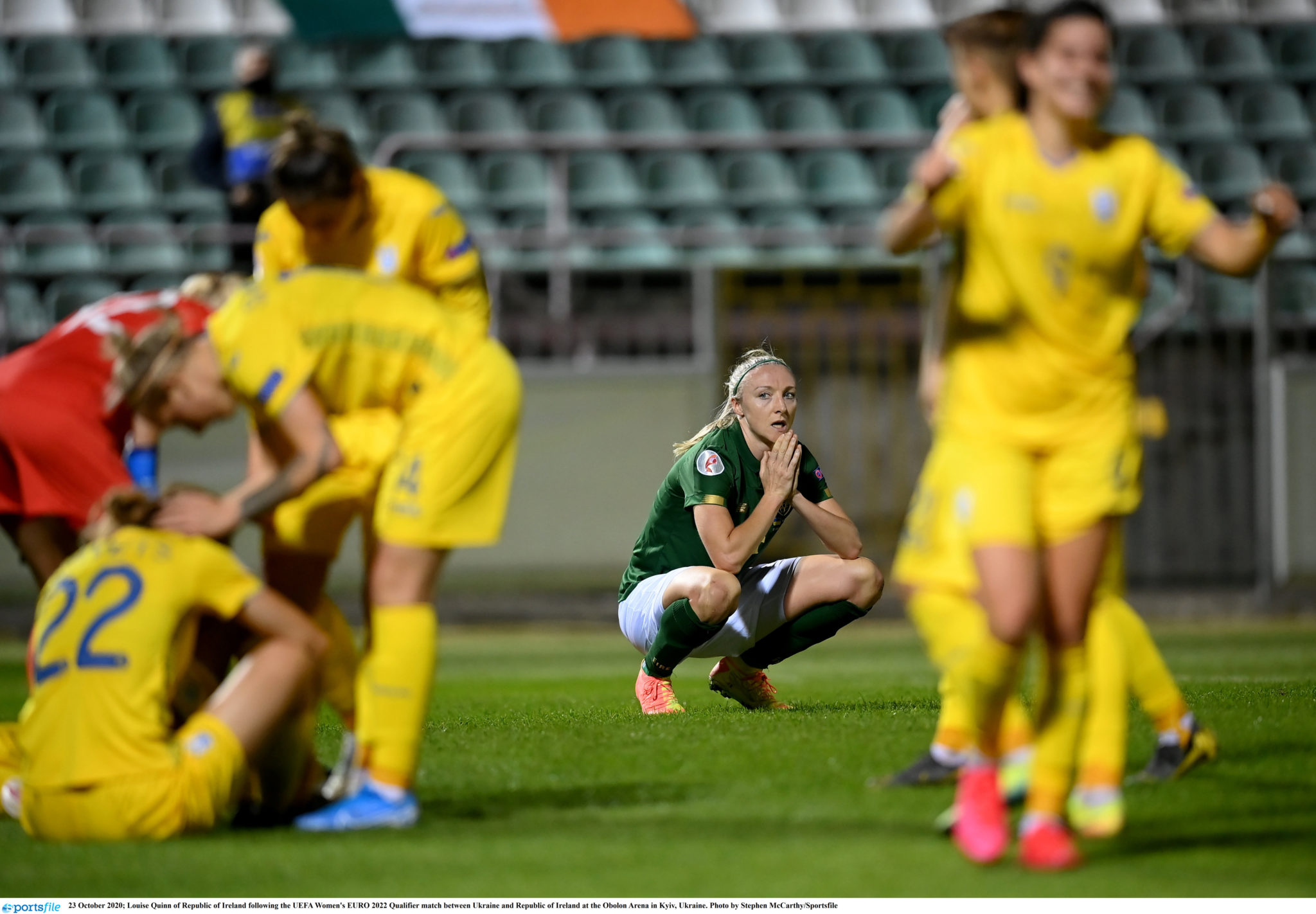 Having previously played for Eskilstuna United in Sweden and with Notts County and Arsenal in England, Quinn is no stranger to playing abroad and she says it's been an enjoyable first year in Florence.

"You really have to step outside your comfort zone," the 30-year-old told Murphy when asked about being away from home. "Fly the nest, you always have to leave the people you want to be around the most.

"There's so much sacrifice all the time but the word always is sacrifice. You miss special occasions and want to be there for the family during the pandemic. It made being away being tough, especially as I haven't been able to have visitors over.

"But I'm trying all the food and wine for when people are able to visit! It's been such a privilege to have been able to continue playing, we've been lucky to get tested all the time and be able to get out and play.

"To have been able to play here in Florence has been amazing."