What would a United Ireland soccer team look like? | OTB AM

In a time where the potential of a United Ireland looks more likely - if not quite likely, just yet - than at any point since the island's partition, Paul Rouse joined Ger Gilroy and Eoin Sheahan on Wednesday's OTB AM to consider what form an all-Ireland soccer team would take on.

Across almost every form of international sporting competition, Irish athletes compete as one island; even if it is made up of two countries.

The prominent outlier, of course, is the island's two soccer teams. Between the Republic of Ireland and Northern Ireland, football has yet to countenance the possibility of a United Ireland on the soccer stage.

On Wednesday's OTB AM, historian and author Paul Rouse joined Ger Gilroy and Eoin Sheahan in the studio to discuss, among other things, how such a team would be constituted.

"If you want a united Irish soccer team," began Rouse, "or you want a United Ireland in general, what does that look like?" 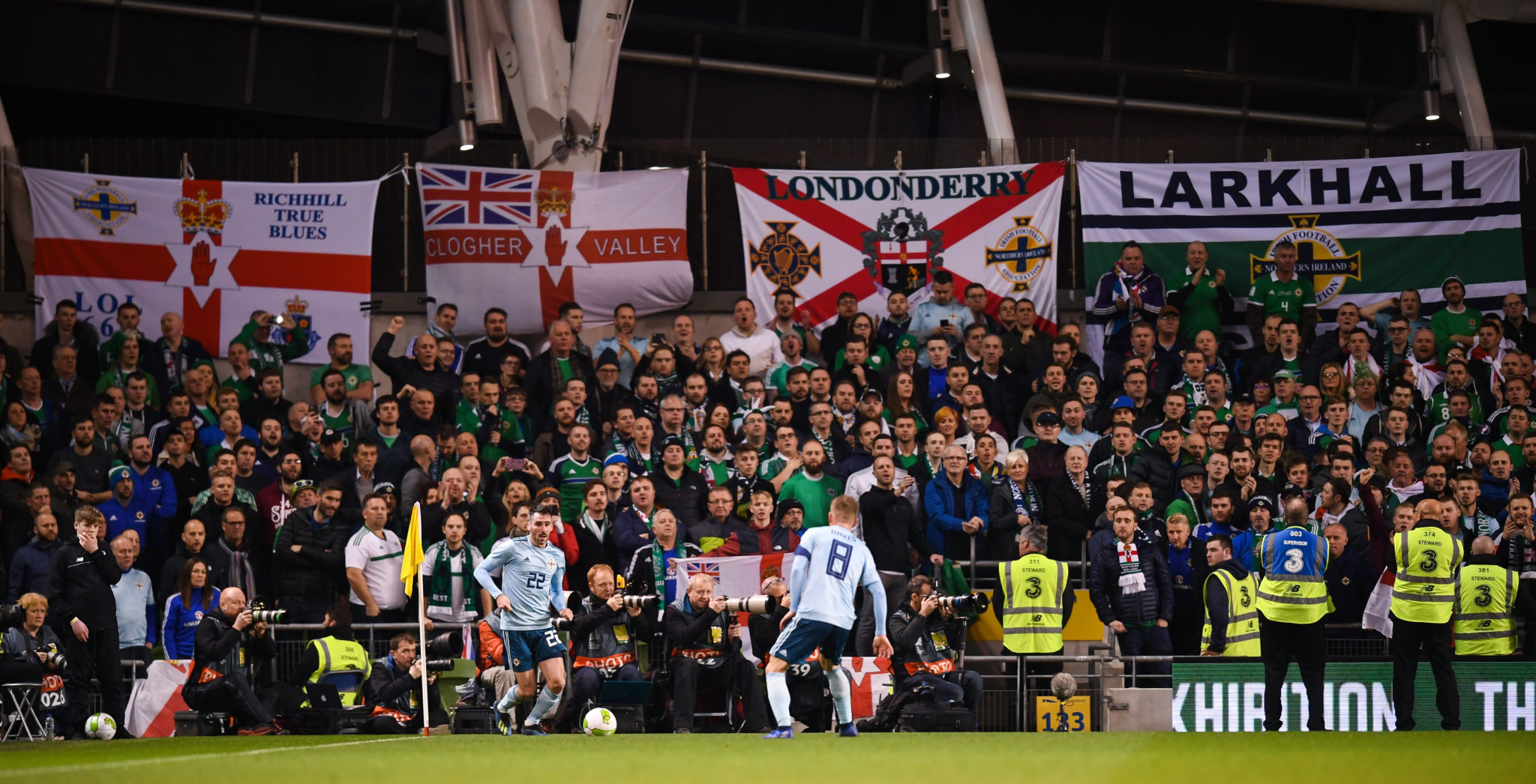 The most prominent example of a United Ireland team performing in harmony on the world's stage is unquestionably the Irish rugby team.

With players coming from both the southern and northern sections of the island (as well as a handful more from further afield), the notion of this team being the amalgamation of two countries rarely if ever is of much interest.

In the case of soccer on this island, there is, one may contend, a greater leap of the collective imagination required if such an arrangement were to be replicated.

"It would look like the building of some shared understanding," remarked Ger Gilroy of the means by which a United Ireland soccer team could come into being. "It means building trust with people who fundamentally don't trust us and not being triumphalist when you get that moment of power.

"It means not shouting 'Up the 'Ra' at the first opportunity a camera is put in front of you, it means not lying about that afterwards.

"It is explaining the fundamentals of what it means to be Irish without defining us as not-British, pointing to the shared heritage that we have, almost the exact same DNA with a tiny little kink that's different.

"Yet, that's the bit that separates us! It means not concerning ourselves with the difference between transubstantiation and whatever the other thing is, because none of that stuff actually matters.

"It means being friends with your neighbours. For me, it means building an Ireland off the back of that and then saying, 'Let's play football together.'"

What would an 'All Ireland' soccer team actually look like? Which flag, crest, anthem, stadium would be used? 🇮🇪🇬🇧

Let us know what you think!

The foundation upon which a United Ireland soccer team could be built, Rouse explored some of the points raised by Gilroy thereafter.

"If there is a United Irish soccer team, what is the emblem on the jersey? What is the anthem that is played beforehand? What is the flag that is flown? What does any of this look like and how do we intend to get there?"

A selection of the questions that would require answering, any such arrangement would undoubtedly require great humility shown on both sides of the divide.

Mick McCarthy on Windsor Park: "Intimidated? No, I don't think so"