The first footage of 'Champagne Football' has been released and Irish football fans will definite...

The first footage of 'Champagne Football' has been released and Irish football fans will definitely be watching.

While Irish supporters have spent the last week firmly focused on events on the pitch, the majority of the conversation about Irish football over the last month has followed on from the work of journalists Mark Tighe and Paul Rowan.

In their book 'Champagne Football: John Delaney and the Football Association of Ireland', both men documented the inner workings of the FAI under John Delaney's tenure and in doing so, they played a major part in his downfall.

As per the book's synopsis: "Over the course of fifteen years, John Delaney ran the Football Association of Ireland as his own personal fiefdom. He had his critics, but his power was never seriously challenged until last year, when Mark Tighe and Paul Rowan published a sequence of stories in the Sunday Times containing damaging revelations about his personal compensation and the parlous financial situation of the FAI.

"Delaney's reputation as a great financial manager was left in tatters. He resigned under pressure, and the FAI was left hoping for a massive bail-out from the Irish taxpayer." 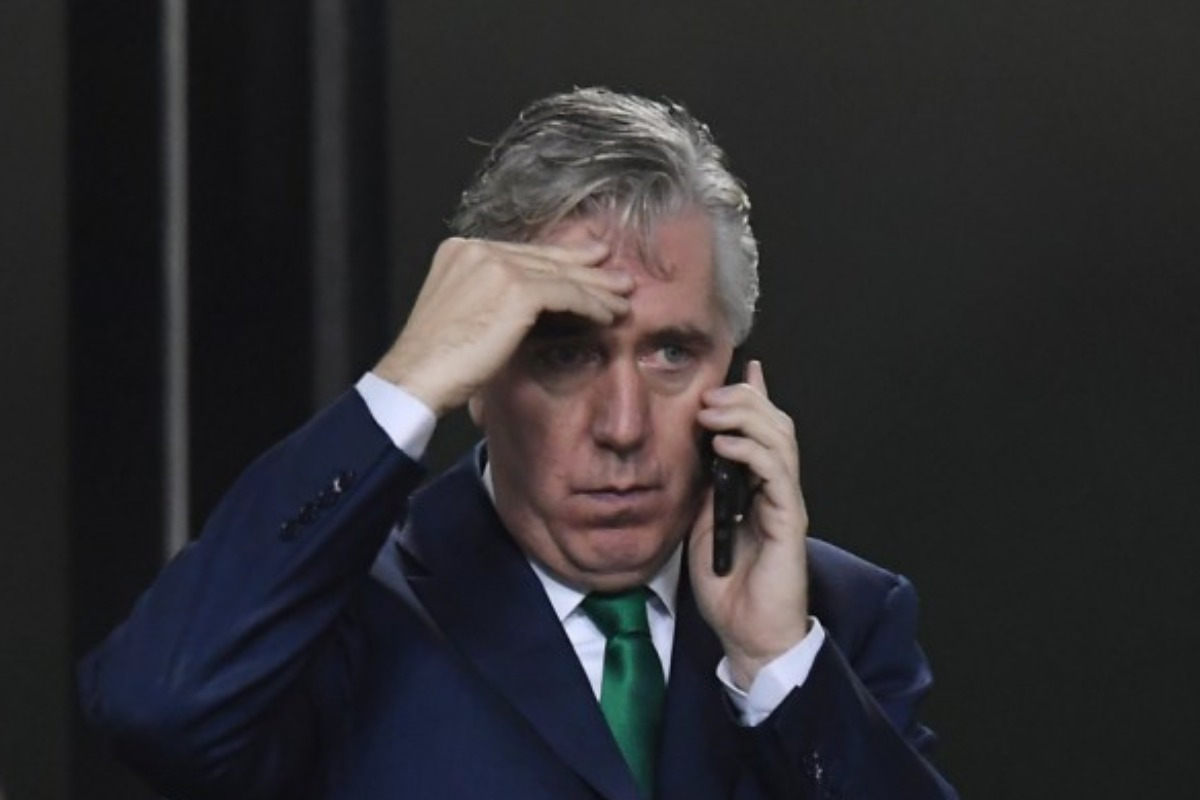 In the book, Tighe and Rowan dig deep into the story of Delaney's career and of the FAI's slide into ruin.

They show how he surrounded himself with people whose personal loyalty he could count on, and a board that failed to notice that the association's finances were shot.

They detail Delaney's skilful cultivation of opinion-formers outside the FAI and they document the culture of excess that Delaney presided over and benefited from, to the detriment of the organisation he led.

Tighe was a recent guest on Off The Ball and one of the main things that he discovered in his investigation of Delaney and the FAI was the division between supporters.

Some of the supporters were against Delaney's running of the FAI, while others backed him to the last.

Tighe noted that while the most vocal supporters were calling for Delaney to be removed from the FAI, there was a “clique” of Delaney supporters that wanted him to stay on.

“He had a clique of supporters who backed him,” Tighe said.

“We talk about the game in Denmark, that horrible nil-all draw, and there was a clique of ‘Delaney-ites’ who were grabbing at supporters who were holding up ‘Delaney out’ banners.”

In terms of the documentary, the synopsis states: "Virgin Media Sport’s Tommy Martin examines the scandals surrounding John Delaney’s time in the FAI, based on the best-selling book Champagne Football by Mark Tighe and Paul Rowan. Martin is joined in studio Mark Tighe who was named the NewsBrands Ireland Journalist of the Year in 2019 for his reporting on the Delaney scandal."

As you can see in the trailer below, the feature on Virgin Media One will delve into some of the more infamous moments of Delaney's tenure and his more "colourful" interactions with Irish supporters.

Champagne Football: Inside John Delaney's FAI airs on Virgin Media One on Tuesday at 9pm.

Take a look at what's in store.

"Did you ever consider your position? I've made my statement already...!"​
Champaign Football: Inside John Delaney's FAI, tuesday at 9pm on Virgin Media One. #SetYourReminder #ChampaignFootball #COYBIG pic.twitter.com/uojKItqmQU