Waterford confirm signing of Daryl Murphy until end of season

Waterford confirm signing of Daryl Murphy until end of season

Waterford have finally confirmed the signing of former Republic of Ireland striker Daryl Murphy, who joins until the end of the season.

Murphy previously played for the club from 2002 to 2005. He left the Blues to join Sunderland in 2005 and went on to make 110 appearances for the Black Cats.

The 37-year-old went on to play for such clubs as Ipswich Town, Celtic, Newcastle United and, most recently, Bolton Wanderers where he made 24 League One appearances last season, scoring 8 goals as well as playing in a couple of cup ties.

Murphy won the last of his 32 caps in the 5-1 World Cup play-off defeat against Denmark in Dublin in 2017 and he expressed his delight at being able to finish out his long career at his hometown club.

"It’s great to be back, It was always in the back of my mind to finish my career here. I’m delighted and looking forward to getting stuck in," Murphy told waterfordfc.ie.

"I’m not too sure if I’ll feature against Pat’s, I don’t want to get stuck in and rush back when I might not be fully able for it. Training is tough and hopefully all going well, I’ll be able to get stuck in soon." 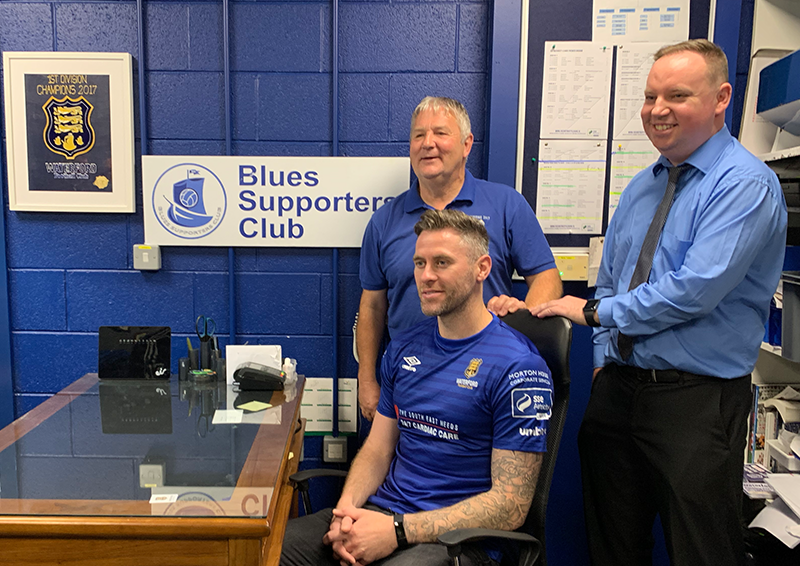 Murphy's move to Waterford was reported earlier this month but a calf injury meant that the official announcement was put on hold.

His new manager John Sheridan is hoping that the rest of the players in the squad can feed off his experience.

"He’s a massive, massive signing. Every club in the country would be delighted to have someone of Dary’s calibre at their club. His attitude and professionalism speaks for itself," said Sheridan.

"I’m hoping he can impart some of his knowledge of the game on this dressing room and give the lads a much-needed boost. As I’ve said, we’ve a good bunch here capable of competing at the top end. Some results and decisions haven’t gone our way but we’re working on changing that now."