Niall Quinn has spoken about the FAI finances and the mess at the Association when he took over as deputy chief executive.

The former Arsenal and Republic of Ireland striker joined Eoin and Adrian on OTB AM this morning, with the future of the League of Ireland and the Association's short- and long-term plans to the fore.

The League of Ireland shut down on March 12th, and Quinn says they have to constantly think about where they are going to bring money in from.

"You also have to look at the fact that we've put our entire staff on 50 per cent wage deferrals. It is a big worry, we didn't inherit a great situation.

"What I would say is I'm delighted we've got the ability to bring new money into the association via the deal with Bank of Ireland, and also we have the government deal that we're putting the finishing touches to in terms of the governance around that. And as you know UEFA gave us some help as well.

"Without that I hate to think where we'd be and the fact that was done before the pandemic was a real blessing looking back, thankfully that happened.

"There are big challenges, of course there are. At this point we were hoping we might even be getting ready for a Euros, with big money coming in at the time when you were having those conversations with government.

"We were also looking at international matches with full houses and what have you, so there's a big challenge in place, but we believe we can get there. 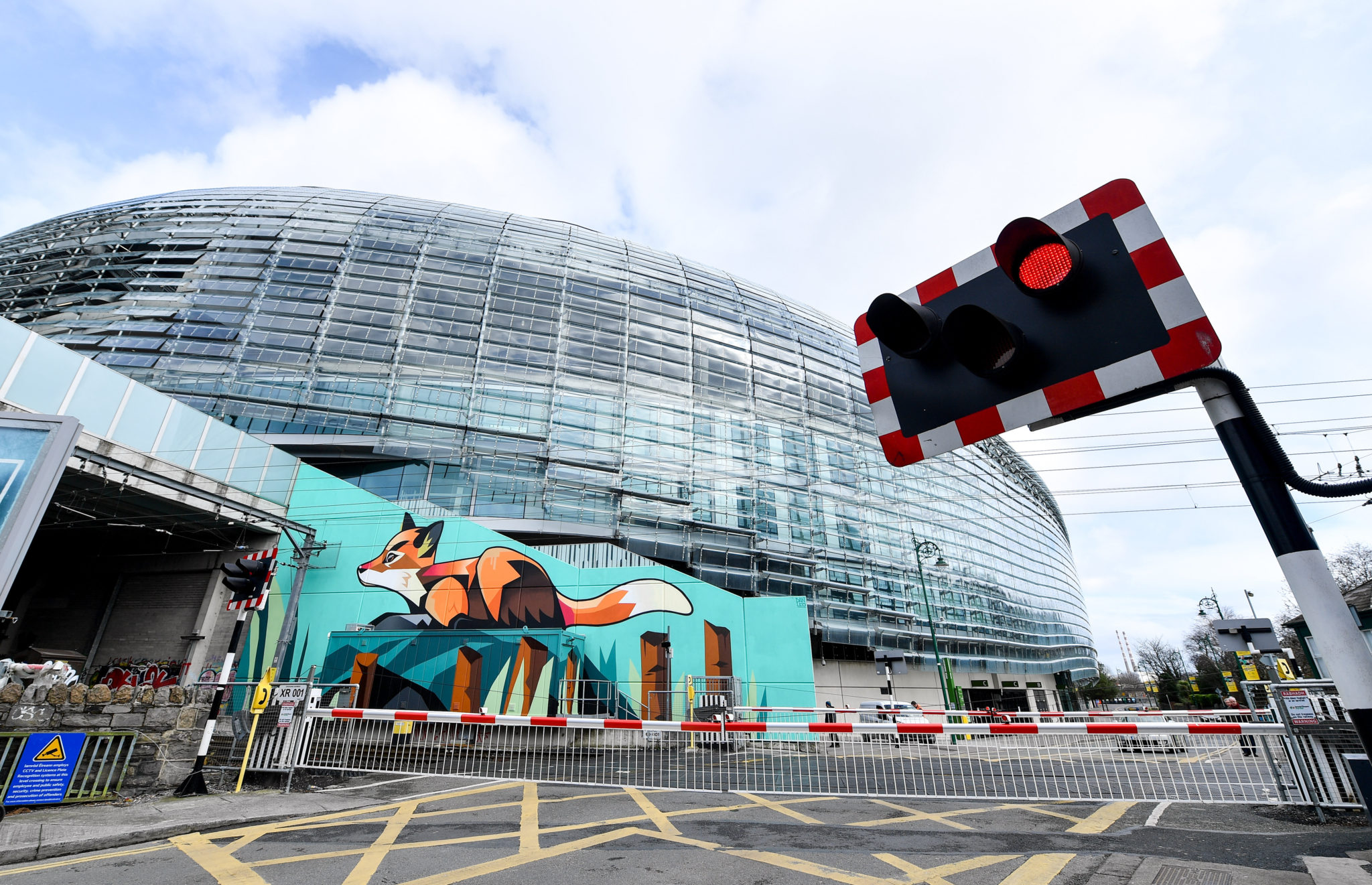 13 March 2020; A general view of The Aviva Stadium. Following directives from the Irish Government and the Department of Health the majority of the country's sporting associations have suspended all activity until March 29, in an effort to contain the spread of the Coronavirus (COVID-19). Photo by Sam Barnes/Sportsfile

"Unity in the game would be a fabulous outcome of this - if we survive it with unity and go stronger. Always in times of crisis there's opportunity... that's something we're clinging onto and hope the clubs do too.

"We get the impression at the top end game of the League of Ireland and in the provinces with our amateur game that there is more unity coming into play and people want to see this go [towards] the right journey.

"We'll lead that and hopefully we'll overcome those challenges."

Quinn added that the domestic league is facing many challenges at the moment, but having loyalty from their main sponsors is a huge help.

"We're talking about the SSE Airtricity League and that won't change. They've been very good to us for a long period of time and they'll be by our side in this journey if we can make it.

"That's important to know - that this is their league and whatever we do to complete it, be it a shorter season or whatever way it works, it's an SSE Airtricity play. We're delighted about that, they've been great to us."