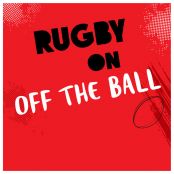 "The art of the maul is gone, and it's not being refereed properly," Alan Quinlan assessed on Monday's OTB AM.

On a Sunday where Ireland endured a mixed afternoon in Rome, a 10-point win for Joe Schmidt's side only served to satisfy the most basic expectations for this Six Nations clash with Italy.

Envisaged as a fixture whereby Ireland could eradicate some of the doubts generated in the opening two weekends of the 2019 Six Nations, a strong second-half performance was saved Ireland's potential blushes having trailed 16-12 at the half-way mark.

"Our maul was really poor," Quinlan stated, "and the refereeing in and around the maul at the moment is just catastrophic, in my opinion."

"Not just for Ireland, but for everyone."

Assessing the flaws in this facet of the officiating, the former Irish international explained how players were taking advantage.

"Guys are coming around the side, and the maul is twisting and turning, and then they're just staying there.

"[The referees] are not telling them to get out, they're just leaving them.

"It's shambolic at the moment, and when I played the maul was always seen as a brilliant weapon."

Delving into an example of it's previous efficiency throughout his own career, Alan Quinlan called upon England's Leicester and their proficiency in the maul.

"I remember the great Leicester team that beat us in the 2002 Heineken Cup final," Quinlan recalled.

"[Martin] Johnson, [Neil] Back, Lewis Moody, Ben Kay, [Graham] Rowntree, [Richard] Cockerill, all these guys, they were mauling teams off the park.

"I remember we tried to stop that maul and we did do that really well and we were proud of that, but they got two other tries and they beat us.

"But it's gone now, the art of the maul is gone and it's not being refereed properly.

"There needs to be some clarity around it."

Problematically, Quinlan couldn't but acknowledge the negative knock-on this has on Ireland's performances.

"Ireland are getting no go-forward from their maul," Quinlan explained.

"Am I making excuses? Other teams can cope clearly, but there are certain times when you need to work your maul really well.

"Maybe Ireland are too disciplined, too nice at times and teams have worked out that you can get in Ireland's faces here, niggle them, be awkward."