Andy Lee stood across from an opponent 39 times during his pro career.

So he's the perfect authority on inter-fighter psyche and the primal nature of the sport.

He joined us in studio to preview the upcoming Lomachenko vs Campbell fight. But he also homed in on the intimacy and primal nature of eye contact in the ring.

"And the opponent is locked on to your eyes. Then you just depend on your peripherals. They're instincts that are there.

"Those twitches that you see moving... the shoulders or the feet. It is the eyes. Most fighters will look in the eyes. A lot of times you do look at the chest but for the most part, it's the eyes. 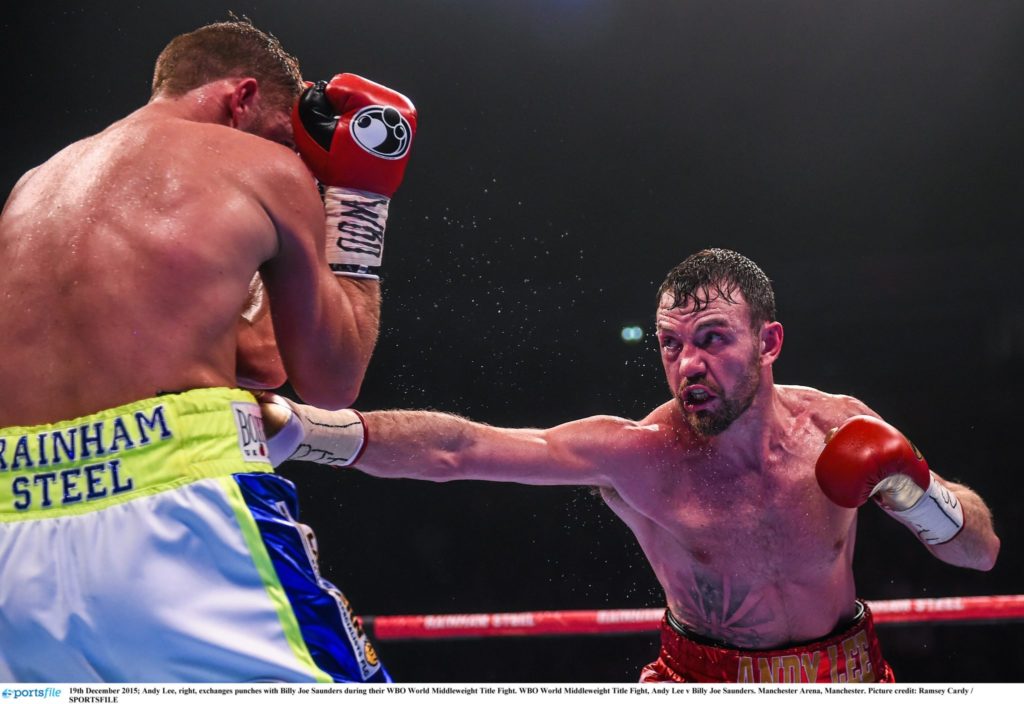 "Most of the time you are but you're just locked in each other's eyes. And then you're dishing out punishment at each other and the eyes they don't lie.

"You know what's going on and you can read a person when you're looking in their eyes."

He added that the embrace post-fight is often an acknowledgement that "they've taken a bit out of each other".

"Every time you go in that ring, you lose a little bit of yourself. In a hard fight, you do. You're never the same after and you're better for it emotionally. You've passed a test," he said.

He also highlighted the primal aspect once a weakness is spotted via the eyes.

"I can remember when I fought Vera, he beat me. He upset me and he gave me a good fight," Andy recalled.

"We were both trading and slugging and he beat me. Then in the rematch, it was a complete reversal because he'd headbutted me in the first fight and split my lip.

"But we clashed heads in the second fight and he got a bad cut on his eye. I remember looking at his eye and at the cut as well and I was pounding that cut all night.

"It was a 10 round fight and I was getting so much pleasure out of him wincing and seeing it in his eye. The blood drained away and the fight drained out of him as well."

You can watch Andy Lee's preview of Vasyl Lomachenko vs Luke Campbell below: