Katie Taylor added another milestone to an already exemplary career. The Bray boxer is now a two-weight world champion.

That's after seeing off Greek opponent Christina Linardatou with a unanimous points victory to win the WBO super-lightweight belt in Manchester.

Former WBO middleweight world champion Andy Lee joined us to review the fight. He saw clear improvements from her win over Delfine Persoon in June.

"It was a huge difference and a huge improvement from Katie," he said.

"She could have made this as hard as the Persoon fight if she stood and fought. But she boxed smart, boxed tactically and she dominated Linardatou. There were a couple of sketchy moments but that was always going to be the case going up in weight, fighting a champion who's only lost to Persoon and beaten good opponents since then.

"But Katie made adjustments as the fight went on and got hit with lesser punches as it went on. So it was a masterclass in a lot of ways."

He also added that Katie Taylor also controlled the "emotions" very well in the fight amid the pressure. On a human level, he explained that she had the pressure of being one of the headline acts of the night.

"It was as good as I've seen Katie box in terms of the calibre of the opponent and how she manipulated her around the ring and led the dance really," said Andy.

He also pointed out that Linardatou's attitude during the fight wasn't great.

"She was constantly complaining, looking for any little thing to whine about to the referee if they were in a clinch," he said.

Andy also noted the raucous reception Taylor got after being announced the fight winner.

"The reception she got... it was a special moment. It was like a new era in female boxing," he said.

"For an Irish fighter in England to get that reception... it was better than the main event that Crolla got. And he's a Manchester fighter in Manchester and it's his going-away party. But there were just as many people there to see Katie. And I think the people who were there even to see Crolla  appreciated what she did in the ring and everyone was on their feet." 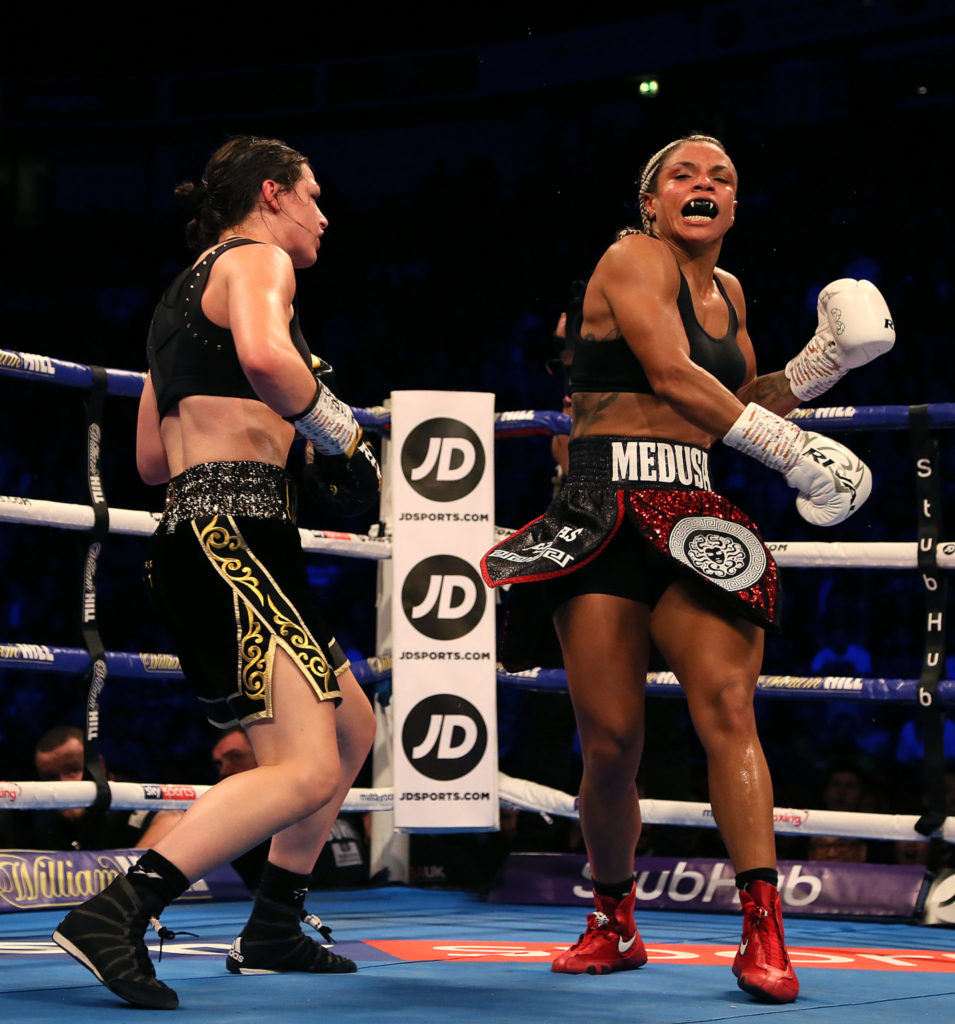 He also added that increasingly Taylor is attracting more and more fervor and attention within the pro boxing world as she meets every challenge head-on.

"She's an attraction now and a draw and it's only going to increase," he said.

You can watch the full Katie Taylor fight review with Andy Lee above via our YouTube channel.

Andy Lee Boxing Off The Ball