John Delaney has 'offered to voluntarily step aside' from his position as Executive Vice-President of the FAI, pending completion of an indepedent investigation by the FAI board.

Speculation this weekend had been rife that Delaney, who joined the association as Treasurer in 2001, would depart his role as Executive Vice-President - the FAI confirmed the news in a statement this evening.

However, it has been confirmed that the Waterford native will continue in his role as a UEFA executive. That arrangement that would last until 2021, as Delaney would not be able to seek re-election unless he was titled as President, Vice President, CEO or General Secretary with his national governing body.

The full FAI statement is here:

The Board of the Football Association of Ireland met in Dublin today. Following that meeting, the sub-committee of the Board met with Executive Vice-President John Delaney.

John Delaney has offered to voluntarily step aside from carrying out his role as Executive Vice-President with immediate effect pending the completion of an independent investigation by the Association into issues of concern to the Board.

Honorary Secretary Michael Cody and Honorary Treasurer Eddie Murray have both voluntarily resigned from the Board.

The Board would like to thank Michael Cody and Eddie Murray for their long service to Irish football and wish them well after their voluntary resignations.

The meeting of the Board also mandated the sub-committee, set up to review Governance and recently publicised financial transactions, to press ahead with their work as a matter of urgency. The FAI will update Sport Ireland on all developments ahead of the meeting of the Oireachtas Committee on Sport tomorrow.

The Board of the Association wishes to assure members, football supporters and all stakeholders and sponsors that it is expediting all processes designed to restore faith in the Football Association of Ireland.

The Board acknowledges all concerns raised by stakeholders and supporters and is working to ensure that all Government funding is restored to Irish football at the earliest opportunity.

One of a number of FAI representatives when the association went before an Oireachtas committee last Wednesday, Delaney's presence was notable for his general unwillingness to engage with questions put to him by committee members.

Opting to read aloud from a prepared statement, questions pertaining to a €100,000 bridging loan lent to the FAI by then CEO John Delaney in 2017 were left unanswered; Delaney citing "legal advice" as reason for his silence on the matter.

For a full breakdown of the FAI's appearance before the Oireachtas committee on Wednesday afternoon, click here.

In the aftermath of Wednesday's committee meeting, Taoiseach Leo Varadkar was among those calling for John Delaney to demonstrate clarity regarding the nature of the loan. However, Varadkar was careful to state the Executive Vice-President of the FAI was under no legal obligation to do so.

"I don’t think anyone would be satisfied by it," Varadkar noted of Delaney's responses to questions in the Oireachtas.

"The public, taxpayers, football fans would have like those questions to be answered.

"The truth is that he was within his legal rights not to answer those questions. He is not a public servant and therefore is not accountable to the Oireachtas. 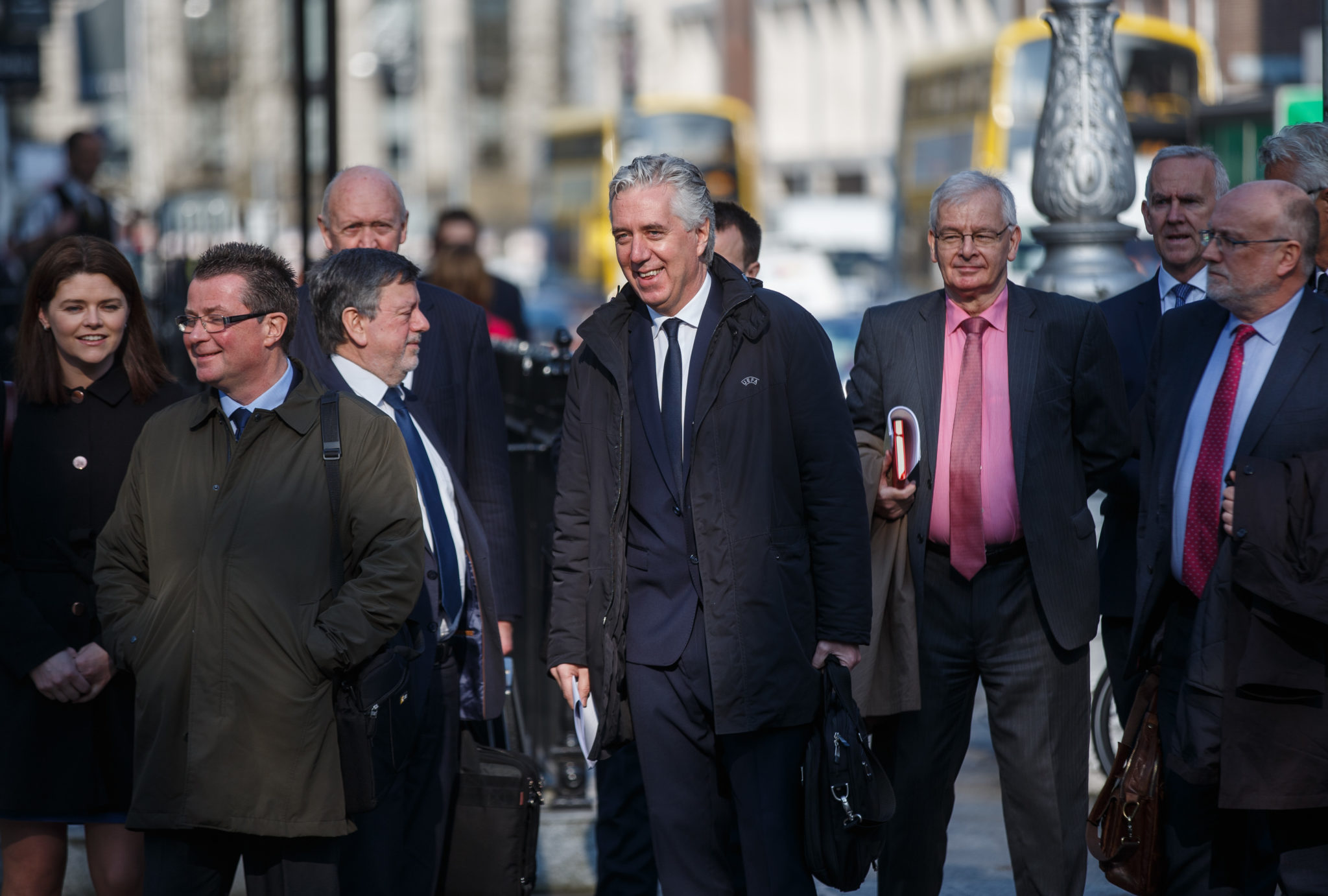 Appointed Chief Executive Officer of the FAI on a full-time basis in 2005, Delaney had previously served as the Treasurer of the organisation from 2001.

For a detailed breakdown of John Delaney's rise to power within the Football Association of Ireland, you can watch Off the Ball's Eoin Sheahan offer a brief synopsis of Delaney's journey within football administration below.

A further look into Eoin's account of Delaney's influence over Irish football can be viewed here.

🎬 The John Delaney story. @offtheball's @EoinSheahan gives us a brief history of the man at the head of Irish football administration for almost 15 years ⚽ #NTFM @FAIreland pic.twitter.com/g4yubsji7p

Exploring the role played by the former CEO of the FAI in greater detail, Joe Molloy discussed the matter with Daniel McDonnell and Kieran Cunningham in a video you can now watch below.

FAI pull out of Toulon Tournament due to budget restrictions