Watch
Off The Ball

The legendary former Miami Dolphins Head Coach Don Shula has this morning passed away peacefully at the age of 90.

The Ohio native led the Florida franchise to two Super Bowl triumphs during a quarter of a century as Head Coach from 1970 to 1995.

Shula served for 11 months in the Ohio National Guard during the Korean War, before an NFL playing career that saw him sign with the Cleveland Browns, Baltimore Colts, and Washington Redskins.

A highly-successful coaching career followed - Shula started off as a Defensive Coordinator for the Detroit Lions, before a six-year spell as Head Coach with the Baltimore Colts from 1963 to 1969.

The Miami Dolphins are saddened to announce that Head Coach Don Shula passed away peacefully at his home this morning. pic.twitter.com/MKAtXFA4zd

His defining and long-duration stay in Miami followed, with the side lifting the Vince Lombardi Trophy at Super Bowls VII and VIII in 1973 and 1974 with wins over the Washington Redskins and Minnesota Vikings respectively.

The Dolphins have released an official statement on their Twitter on the news of Shula's passing.

"Don Shula was the patriarch of the Miami Dolphins for 50 years. He brought the winning edge to our franchise and put the Dolphins and the city of Miami in the national sports scene.

"Our deepest thoughts and prayers go out to Mary Anne along with his children Dave, Donna, Sharon, Anne, and Mike."

Remarkably, Shula had only two losing seasons throughout his entire 33-year career as a Head Coach in the NFL. In the year of his first Super Bowl leading the Dolphins, he coached the team to a perfect season. 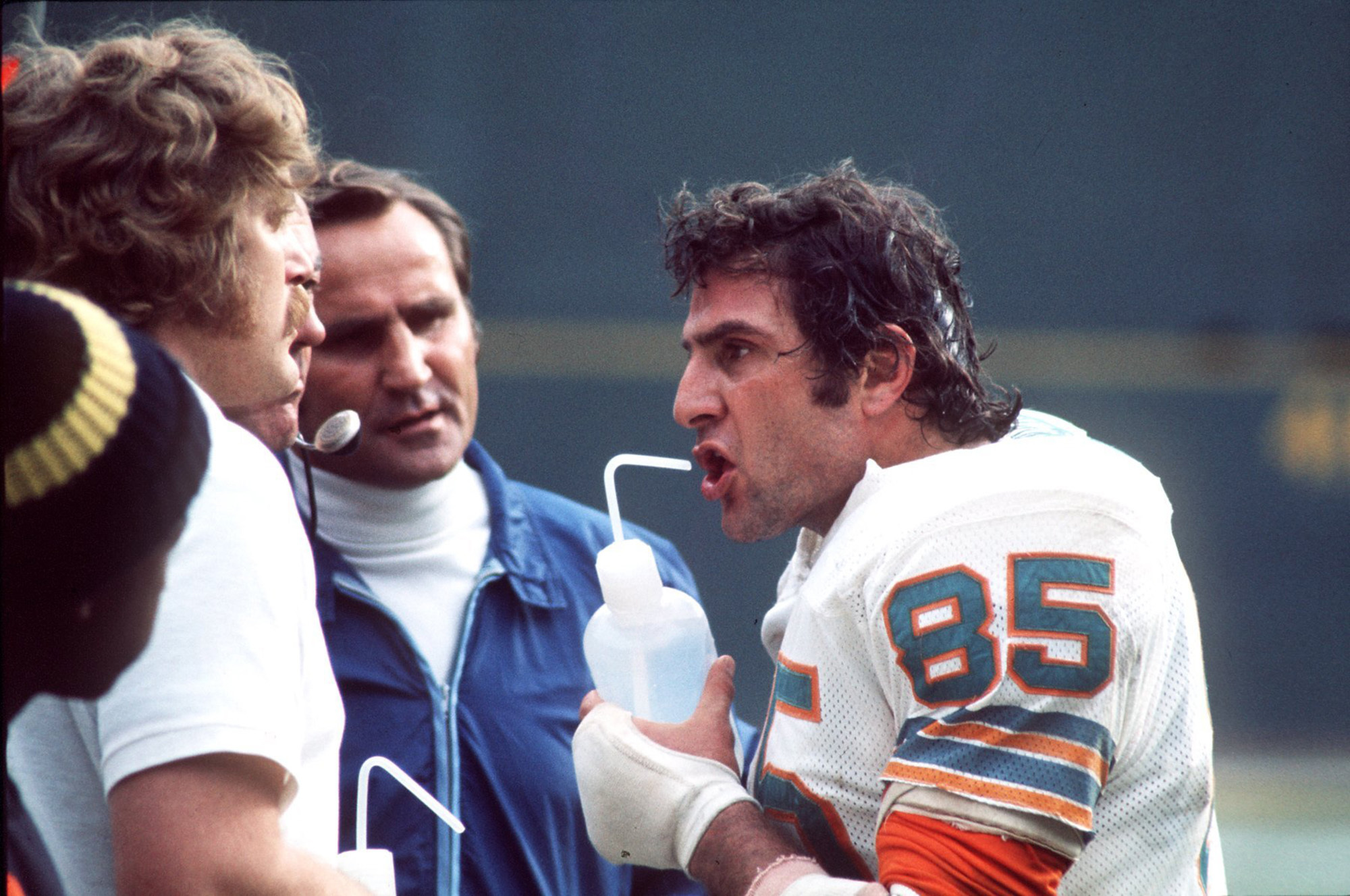 Nick Buoniconti takes a break and a sip of water while talking with Miami Dolphins coach Don Shula in an undated photo. (Photo by Battle Vaughan/Miami Herald/TNS/Sipa USA)

Shula also holds the NFL record for most career wins as a head coach with 347 (328 in the regular season). George Halas is the only other coach to date who has surpassed the 300 mark.

He was named the Sports Illustrated Sportsman of the Year in 1993, and was inducted into the Pro Football Hall of Fame in 1997.

Shula retired at the end of the 1995 season, going on to open a number of steakhouses in his name, among other business endeavours and endorsements.