Liverpool legend Steve McManaman was our special guest at our Aviva Stadium Special in association with BoyleSports.

He joined Nathan Murphy on stage in Dublin to share stories and insight from his career.

It's a career that took him from hometown Liverpool FC to scoring in a Champions League final for Real Madrid.

And that move from home to Spain was one of the subjects that came up. And McManaman credited then-Liverpool manager Gerard Houllier for his kindness during what ultimately was a difficult period for the England international on and off the pitch.

Listen back to the full chat with McManaman and Kenny Cunningham right here:

"Firstly, it was a strange year," he said.

"It was the year when Roy Evans and Gerard Houllier were joint-managers which of course was a huge mistake."

Amid that backdrop, McManaman explained what Houllier said to him.

"'I totally understand if you want to leave. But if you go, go as soon as possible, just so I can try and find a player to replace you' And I said 'that's fine,'" said the Liverpudlian.

"I decided I wanted to leave then and I felt were changing completely. I needed a change and I was 27 and I'd never played in the Champions League at that time.

"My mother was really ill at the time. She passed away a couple of months later.

"So it was a really hard period in my life at home. And Gerard was brilliant."

Houllier allowed McManaman to take time off training when necessary to be with his family. 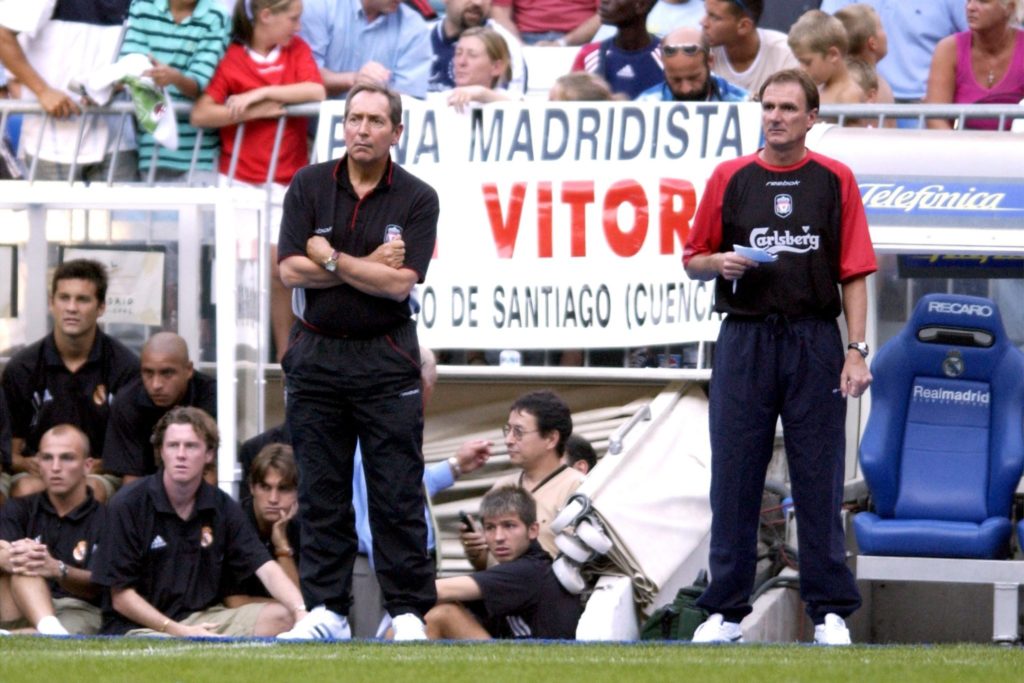 McManaman explained why he chose Real Madrid and added of his time there: "I loved it".

While McManaman adapted better in the long run, the first year was difficult due to how soon it followed the passing of his mother.

"It was a hard first year for me. My mother passed away two night after [my last game at Anfield]. It was like she waited for me to finish my Anfield career."

He also detailed why he and Michael Owen had vastly different experiences in Spain on and off the pitch. And he also revealed just how "relaxed" and "liberating" training was for the Galacticos during his time at that star-studded Real Madrid.

And he also told the story of the time Robbie Fowler came to party with McManaman at the original Ronaldo's house.

The 47-year-old also reflected on the club's 29 year wait for a league title. Having made his senior debut in 1990-91, McManaman just missed out on the last title win.

"You just thought it was going to carry on and a thought that another team would be good enough for a long period of time to stop [Liverpool's dominance]..." he said.

"There was just that much experience around the club, that you thought they'd carry on and win. So for it to stop and stop for such a long time... if someone said in '89 that next year would be the last time you'd win the league, you'd think they were mad."

He also touched on the Spice Boys tag his generation carried and described many of the tabloid tales as "nonsense".

But he did clarify one story involving pop star Robbie Williams linking up with Liverpool's players.

"Not to sing - that story's grown arms and legs - but Robbie Williams came to support the team and came onto the bus to the game. I think that's what happened," he said.

"That's all it was. But again, it's met with incredulity that fact. But he wasn't on the bus singing. That's just absolute bollocks really."

He also addressed the Cathay Pacific flight controversy from the lead-up to Euro 96.

For the ex-winger, it was arguably Liverpool's best Champions League performance this season.

"I thought they played the best they've played but it was the worst result," he said.

"It's going to be hard [to comeback] but you're going to have to keep the faith."

You'll be able to watch Steven McManaman chatting to Nathan in full on our YouTube channel on Friday.