Rivals Carlton and Richmond kicked off the new campaign in front of an empty MCG yesterday morning after it was decided on Tuesday that a shortened season would proceed while the women's AFL campaign has advanced straight to the knockout stages with some Irish players since heading home.

Connellan, who left Australia after a three-year spell last summer and is now back with the Westmeath football team, watched the game on BT Sport yesterday and says it was slightly surreal:

"It was very strange, in Australia the teams come out one at a time, I've been to Richmond games and they and Carlton have some of the best fanbases in sport.

"They've got drums lining up along the tunnel as you come out and they play the tiger roar out over the speakers as you come out and its this really deafening atmosphere. And then today it's really weird, coming out to a bit of music and no cheering and no clapping. Normally they'd come out through the banner with loads of kids holding it up and there was none of this.

"Just a very eerie feeling to it, it looked like a practice match, a practice sim game you'd have leading into round one. I think it's a bit weird and I'm surprised they're going along with it but when you look at the commercial aspect of it, the TV deal with Fox Sports is worth $2.5-billion and it's a lot of money to honour the contract around those rights.

"I spoke to a few mates in the league only this morning and they say they wanted to see it and the players wanted to play it so they felt let's go ahead with it but behind closed doors. It's a bit strange but that's the decision that's been made."

Rioli goes on a massive run and seals the game for the Tigers 🏃#AFLTigersBlues pic.twitter.com/3RHwqrOKjE

The lack of supporters at stadiums is likely to have a substantial impact on the revenues of clubs this year and the Athlone forward says it will have an impact on the Irish players currently plying their trade in Aussie Rules.

"There's talk about pay cuts in sport in Australia country-wide, there's a talk about a 20% pay cuts for players and some will be more affected than others. I would find it hard if you're an international rookie on around $80k a year and have to take a 20% cut, the cost of living in Australia is so high that it becomes a big cut out of your salary. If you're living in Sydney there's an allowance because it's so costly in the city but it's similar in Melbourne. In Dublin you'll get a decent breakfast for a tenner but if you want to go out for breakfast in Oz you'll pay the guts of $30, so it all adds up. People will think isn't it great that he's earning that much money but you're earning more and you're paying more over there.

'It'll be interesting to see how they'll combat the lack of attendances because it's the fourth-highest attended domestic sport on the planet and there's an average gate of about 40,000 at games. That's a lot of money to be saying goodbye to." 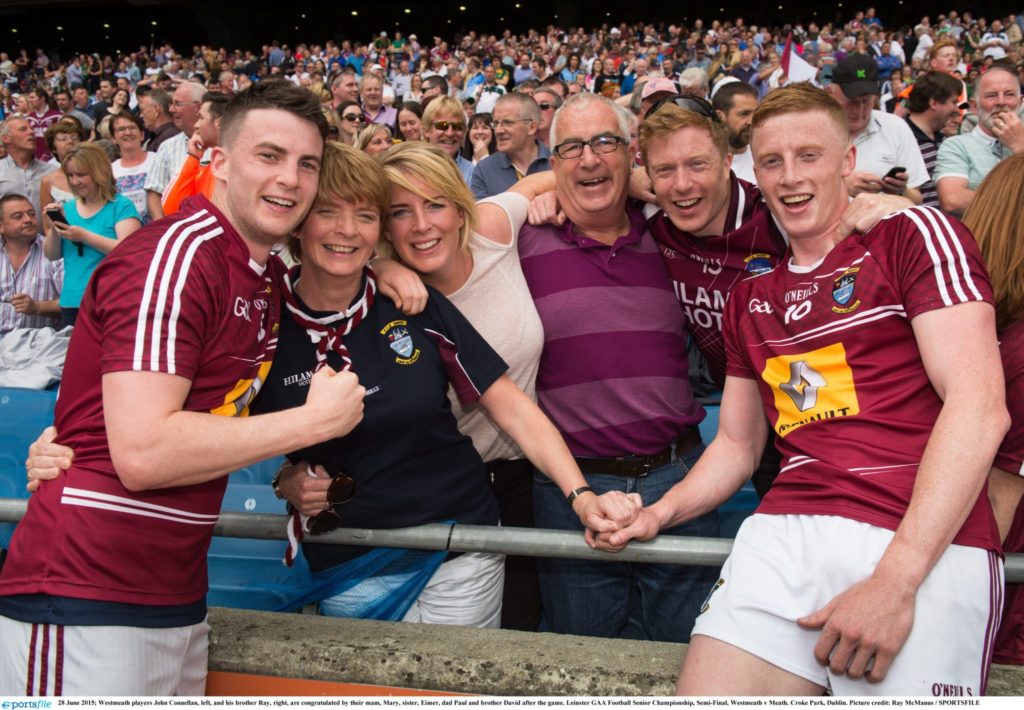 The GAA made the decision last week to postpone all "activity" until at least March 29th rather than playing games behind closed doors. The Athlone and UCD player says he wouldn't have felt comfortable taking part in matches in grounds without supporters.

"No, I think they've made the right call and I was very happy when they did call it. I've got friends and family who have underlying health conditions, I've tried as much as I can to keep my circle as small as possible in the last week. Any of the lads that I'd normally hang with it that I haven't yet met I've avoided contact with. I think I've only met with the same two or three people outside of my own family in an attempt to keep that circle as small as is possible.

"I wouldn't like to be out in a field where there's 30+ other lads running around and there's a lot of body contact, you could be sharing a water bottle. For the sake of a few games or for the season just postpone it and do the right things. I wouldn't want to be the one to bring this virus home, it probably wouldn't affect me too badly as a young, healthy adult but there's certainly members of my family and my close circle of friends who it would adversely affect their health.

"They're going to have to something when it all passes over. I think the biggest headache is how much time is going to be available. Watching the Taoiseach's address earlier this week, Leo Varadkar stated that it's only the beginning and which would lead you to believe that there's at least another month of six weeks to go. How much time will it leave for matches to be arranged? You're going to have underage and club to mix into the calendar as well and I'm glad it's not me who has that headache of trying to work out what to do with the fixtures."

Gary Lineker hits back at criticism of Premier League stars