‘We will be gutted’ if Liverpool don’t win the league

Liverpool defender Andy Robertson knows he will be devastated if the Reds don’t win the Premier League title on Sunday.

The Merseysiders trail Manchester City by a point heading into the final day of the season so need a favour from Brighton.

City are on course to retain the trophy but must beat Chris Hughton’s men at the Amex Stadium to ensure there are no final day shocks. Liverpool play Wolverhampton Wanderers at Anfield at the same time.

Robertson may have to watch from the stands. The left-back has been sent for scans after suffering an ankle injury in Wednesday’s incredible Champions League win over Barcelona. The Scotland captain was forced off following a first half collision with Luis Suarez. 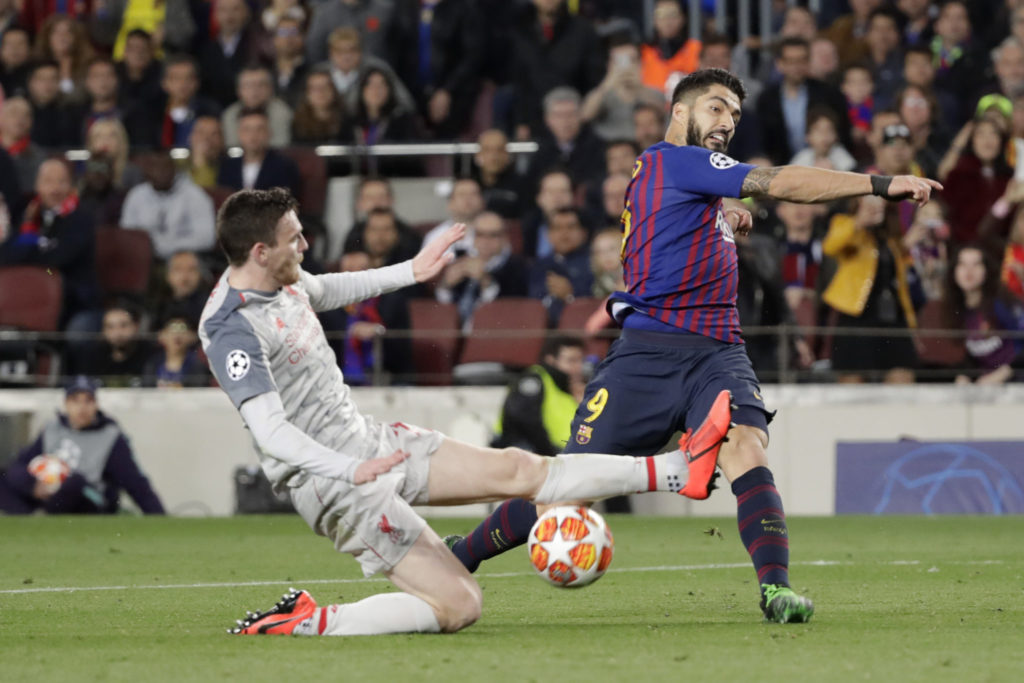 Liverpool have earned an impressive 94 points in the Premier League this season. That is more than any of Alex Ferguson’s title winning Manchester United teams.

Robertson insists they will bounce back quickly, if they have to settle for second place.

“In anything,as the dust settles we will look back and say it was a positive season.”

“If we can replicate that, then it will be enough one of these seasons.”

Robertson is still hoping to line out against Wolves.

“They’re confident that it’s just a nerve or whatever and it can be maybe a couple of days, but we’ll wait and see. I’ll be saying my prayers tonight.”