Over the last few weeks we've been watching Better Call Saul for our Player Ratings, and this wee...

Over the last few weeks we've been watching Better Call Saul for our Player Ratings, and this week Season Four is in focus as we have our say on the characters.

Vince Gilligan's smash-hit follow-up to Breaking Bad follows the life and times of Saul Goodman, set in Albuquerque before the events of its predecessor show.

Eoin Sheahan, Ger Gilroy, and Joseph Conroy have their say on an exhilarating season this week, and the character played by Rhea Seehorn, Kim Wexler, once again came into the conversation quite a bit.

Eoin was a big fan of Wexler in this season, but wonders about her reasons for helping out Jimmy in some of his devious deeds.

"I'm giving Kim a nine [out of ten]... I'm confused about her motivation for helping Jimmy McGill out in some of his underhanded lawyering techniques during Season Four.

"I think her motivation is actually to help out her grieving partner. I think she is laying down and allowing Jimmy to have free reign on any way they want to point that moral compass.

"His brother's just died, we can point it that way, let's go and do it. This is for Jimmy, in my opinion."

Ger thinks however that Kim actually gets a kick out of taking part in some of Jimmy's undertakings.

"I think she likes it. I think it was her idea to have the letter-writing campaign. Huell [Babineaux] gets arrested for assaulting a cop, I mean there's a great little sub-text there to the American justice system.

"The cop was not assaulted, and Huell does not deserve to go to prison for five years for that incident, he's Jimmy's security guard and he saw somebody try to take his phone so he did exactly what he was supposed to do.

"But the American justice system is so screwed up that this man of colour, against this white cop, is going to end up going to prison for five years. 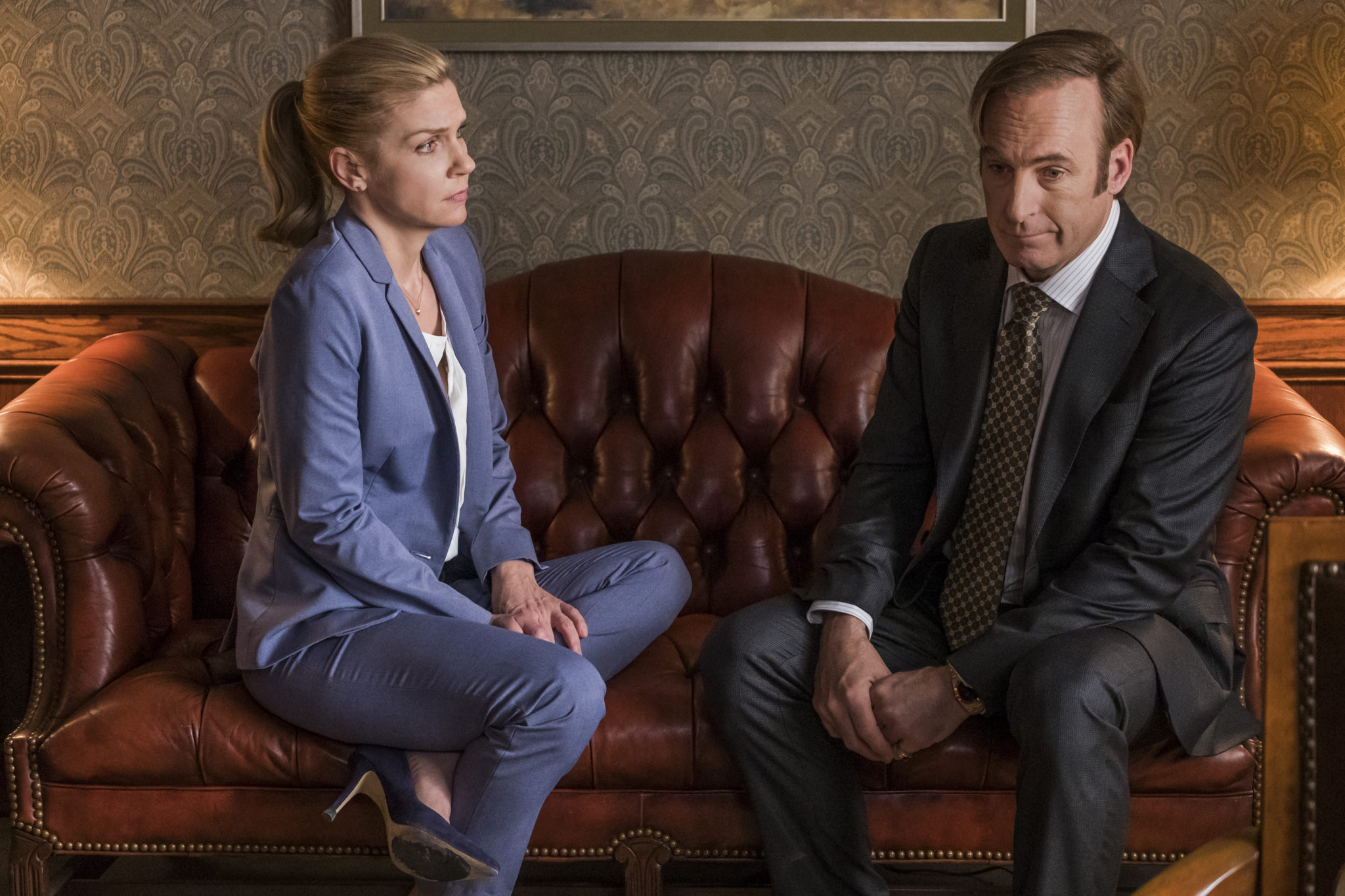 "The genius of the plan that Kim Wexler comes up with... she instigates that, she indulges all the ideas that he has, and I think Kim likes being a little bit wilder than working for the boring bank."

Joseph is siding with Ger on this one, and says although Kim is not quite at the lvel of deceit that Jimmy is at, she has a side to her brain that can act like he does.

"I think that's partially why she's so shook at the end when Jimmy's put on his big performance and he's like, 'oh my god, I think I've seen one asshole crying'. And we've seen she's been crying, and she thought he was being serious.

"It's kind of like there's levels to this, and he is sort of operating on this crazy level of manipulation.

"[But] if she actually thought that what he was doing was self-destructive, she'd be stepping in to stop him, to stop him from destroying himself.

"She's wavering a bit more towards the dark side."