Southampton might have lost again on Tuesday night. But you could definitely classify it as a vas...

Southampton might have lost again on Tuesday night. But you could definitely classify it as a vast improvement on what had gone just before.

There is no shame in a 3-1 defeat to Manchester City in the EFL Cup. Mainly because of the fact that it isn't in the same universe as a 9-0 loss to Leicester City in a Premier League match.

That latter result on Friday night was the worst in the Saints' long history and even more painful as it came on home soil.

It leaves the club in the bottom three in the Premier League, a far cry from the high points of a sixth place finish in 2015-16 or reaching the League Cup final the following campaign.

And back then, they still had a burgeoning academy producing ready-made Premier League talent.

So what has led to the erosion of positivity on the English south coast? 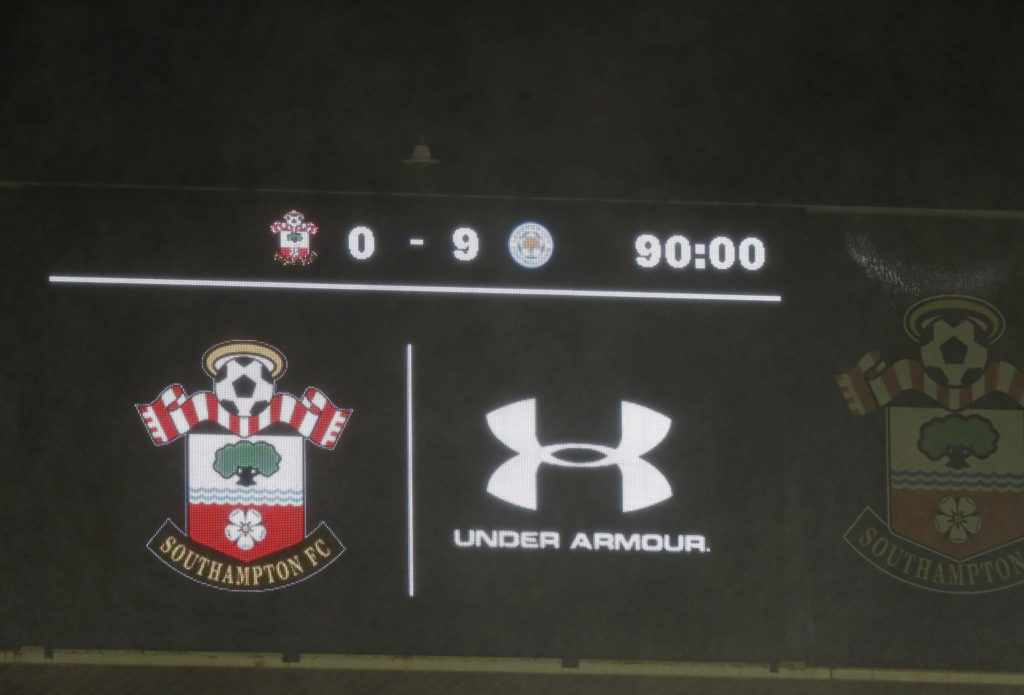 Press Association chief football writer Simon Peach joined us to discuss. Beyond the manager Ralph Hasenhuttl and the players, he highlighted issues at board and ownership level.

"For people who haven't been looking, this has been happening for three or four years, since Ronald Koeman left," he said of the club's overall decline.

"The signings that they've made have been mostly disastrous. All the Virgil van Dijk money - a world record fee for a defender - is gone on players like Guido Carrillo, who after three months the club gave up on.

"And he was club-record signings and remains, I think, it's £20-odd million. Terrible, terrible signings made. Players leaving, players becoming unhappy, players becoming disenfranchised with the club that they joined being the model Premier League mid-sized club - now they're no longer that.

"There is a structural void. And then it goes down to the Gao family. The Gao family are a very rich Chinese family and bought the club a year or so ago.

"But they haven't shown any leadership so far, in my humble opinion. They don't speak publicly, which is fine - Roman Abramovich doesn't speak publicly. But the difference is there's no structure and they want it to be self-sustaining.

"But to be self-sustaining, you need to be buying low and selling high, rather than buying at a medium level and then losing the money. So they need to re-find the soul of the club. But I don't think it's as bad as being painted by some quarters, although that's inevitable after a 9-0 loss."

You can watch Simon Peach's full thoughts on Southampton's problems above via our YouTube channel.