Ireland captain Ciara Griffin says they're determined to secure third place in the Women's Six Nations in association with Guinness.

“It’s all about turning the page and that’s what we’ve to focus on," Kerry back-row Griffin said after taking her team for a captain's run at Donnybrook.

"We’ve a job at hand. France is done and we’ve Italy to focus on now. That is what we’re focused on here.

"There’s a very good mood in camp, people are champing at the bit to put in a good performance this weekend. Right a few wrongs from last week.

“Focus on us, our process and what we can do. That’s the main thing really. People have turned the page and are looking to put in a good performance, focus on us.

"We go out with a job to do. That’s to finish third and put in a good performance at home.” 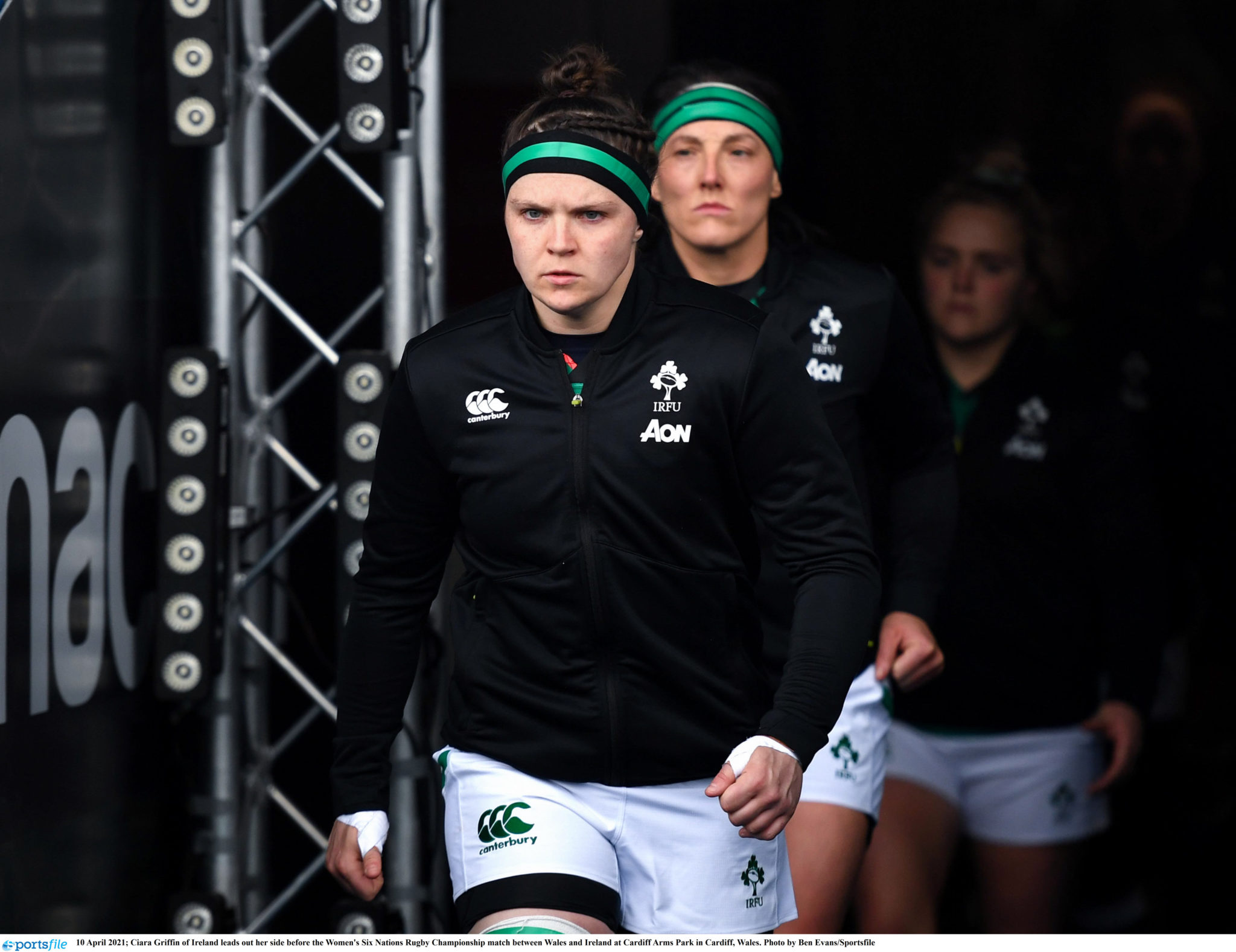 10 April 2021; Ciara Griffin of Ireland leads out her side before the Women's Six Nations Rugby Championship match between Wales and Ireland at Cardiff Arms Park in Cardiff, Wales. Photo by Ben Evans/Sportsfile

Ireland enjoyed a 21-7 victory when the sides met in the Six Nations last Autumn but Griffin feels the visitors have become a better team since.

"Italy, you can see they’ve improved massively from when we played them there in October. You can see that.

"We’ve a job to do at the weekend and I thought they did very well in the two games.

“We have our homework done on that and what we can do. They played well against England and they had a strong game, as you saw then, against Scotland.”