Irish sporting legend Rosie Foley recalled the heart-breaking story of when she and her family fo...

Irish sporting legend Rosie Foley recalled the heart-breaking story of when she and her family found out about her brother Anthony ‘Axel’ Foley had passed away.

While away with his Munster side preparing for their Champions Cup fixture with Racing 92, then-head coach Anthony Foley passed away in his sleep.

At the time, his sister Rosie and his family were all still in Ireland, meaning that they had to be told that that the affectionately named ‘Axel’ had not woken up.

In an interview with Valerie Wheeler on Off The Ball in association with Guinness, Rosie Foley discussed how playing rugby and sport throughout her life helped her deal with the immediate news.

“It was horrendous,” Foley said. “In one sense sport really galvanises you and it gives you strength from places that you never thought you had.”

Foley was in a coffee shop in their hometown of Killaloe when she received the news, alongside Axel’s two boys, her mother and her sister.

“We were in what we call ‘The Coffee Pot’, affectionately we call it the ‘French Café’, which is very ironic really when you look back on it,” Foley said.

“I suppose you become mentally tough through sport and through having to focus on things, just like we did when we were playing rugby or things like that.

“The priority for me at that stage was to get my mother out of a public place before it flashed up on Sky News or RTE that was playing in the corner.” 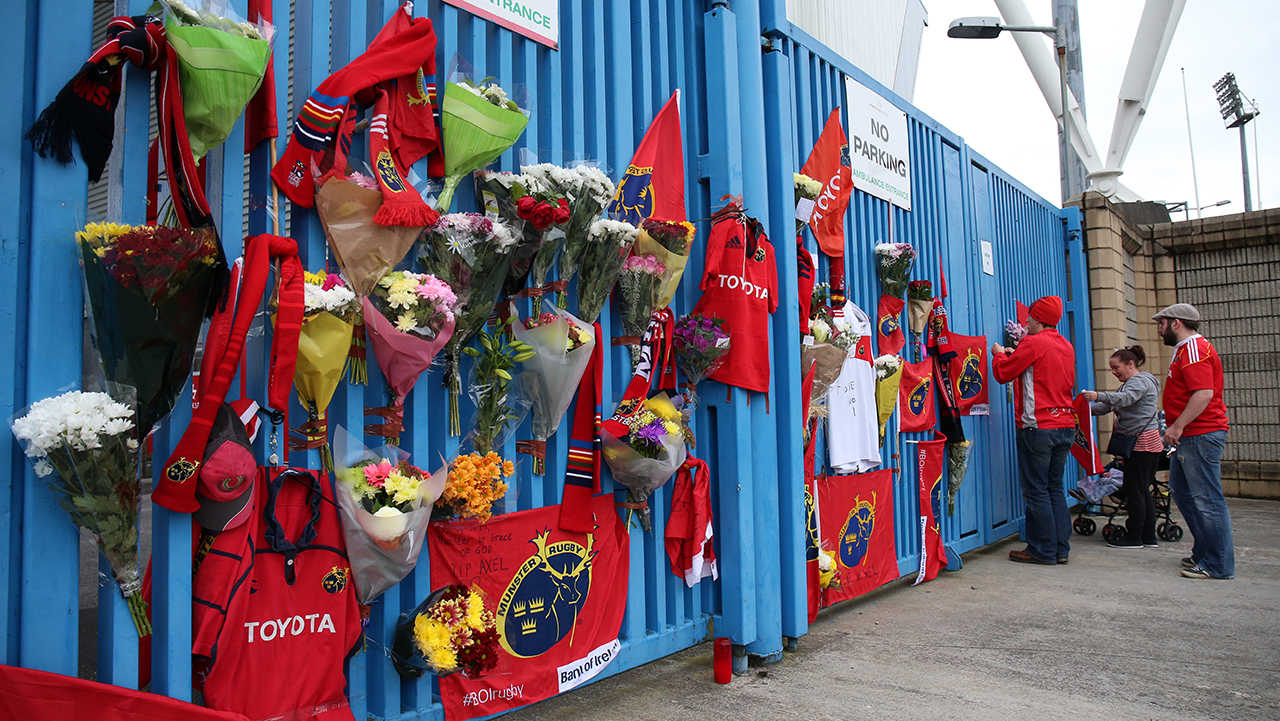 Foley was worried that, due to the nature of the 24 hour news cycle, the news of her brother’s death would break before she had the chance to tell her family herself.

“It is great in some senses that we have it so instantly,” Foley said, “but in a circumstance like that it would have been absolutely devastating if it had come out like that.”

Thinking on her feet, Foley came up with a story that would get her and her family out of the public space where she could break the news.

“I remember having to say to my mom, ‘we have to go now mam’,” Foley said.

“She was saying, ‘what is wrong?’ My son at the time was playing soccer, and I said, ‘Oh I think Oisin got a bang on the head, we will have to check out that he is not concussed’.

“It was a Sunday so we would ‘have to check with Shannon doc, and we will that now mammy and we will go in that direction’.

“We headed out home and when we got to where my parents lived, I told my mother then that Anthony hadn’t woken up in Paris.

“She immediately then had to ring my father.”

The day did not end there, though, as Foley’s attention was drawn to Olive Foley, Anthony’s wife, and her two sons.

“Our other concern was Olive and the boys,” Foley said. “Olive obviously didn’t know at that stage, so we had to go about that as well.” 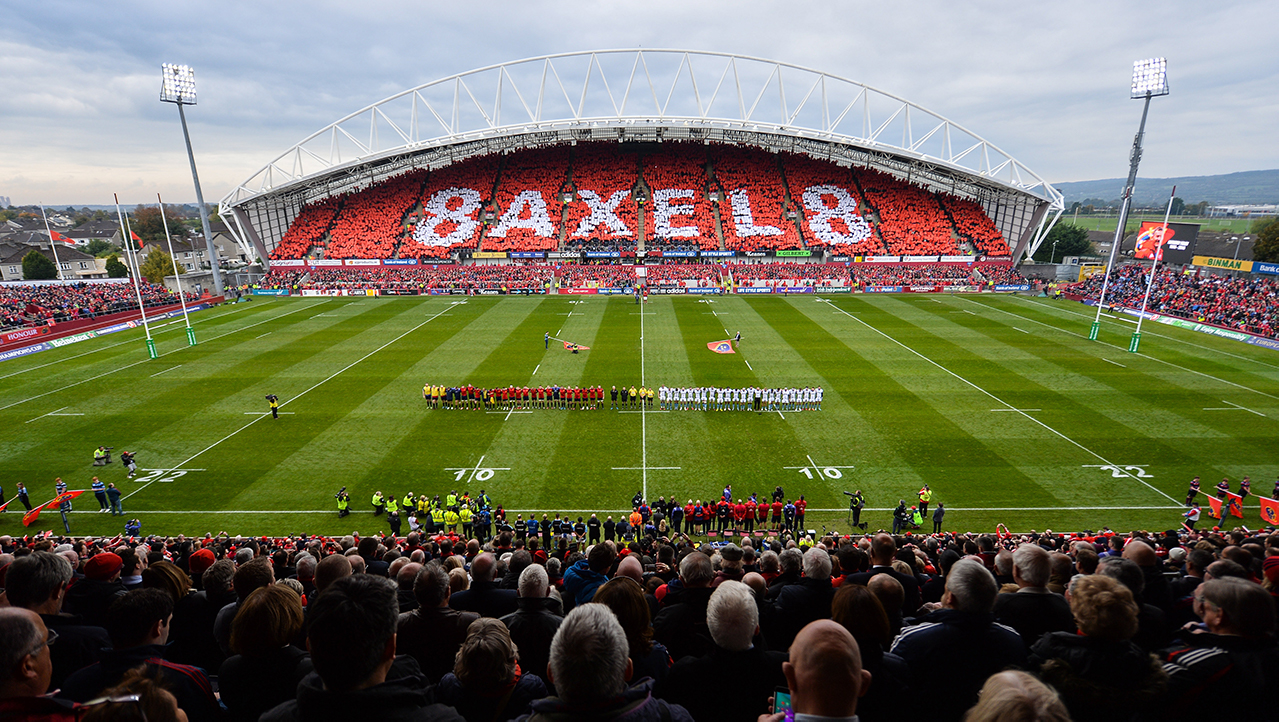 Munster and Glasgow Warriors players observe a minutes silence in memory of the late Munster Rugby head coach Anthony Foley before the European Rugby Champions Cup Pool 1 Round 2 match between Munster and Glasgow Warriors at Thomond Park in Limerick. The Shannon club man, with whom he won 5 All Ireland League titles, played 202 times for Munster and was capped for Ireland 62 times, died suddenly in Paris on November 16, 2016 at the age of 42. Photo by Diarmuid Greene/Sportsfile

Sport helped with the loss of Anthony

While the entire day was understandably troubling not just for Foley but her entire family, she was more than encouraged by the actions of the local community and the greater rugby public.

“It was very difficult, but I would have to say to everybody out there that the support that we have gotten and how good people are in our sporting world in rugby and all the tributes that have been paid to Anthony and to my family is quite amazing,” Foley said.

“I was extremely proud of our community out here in Killaloe and Ballina as well as the wider rugby community, because people are amazing.

“We can get things done really when we put our minds to it and cut a lot of the red tape and I think we have seen that over and over again.

“But we were very grateful for the time that we had Anthony as well.” 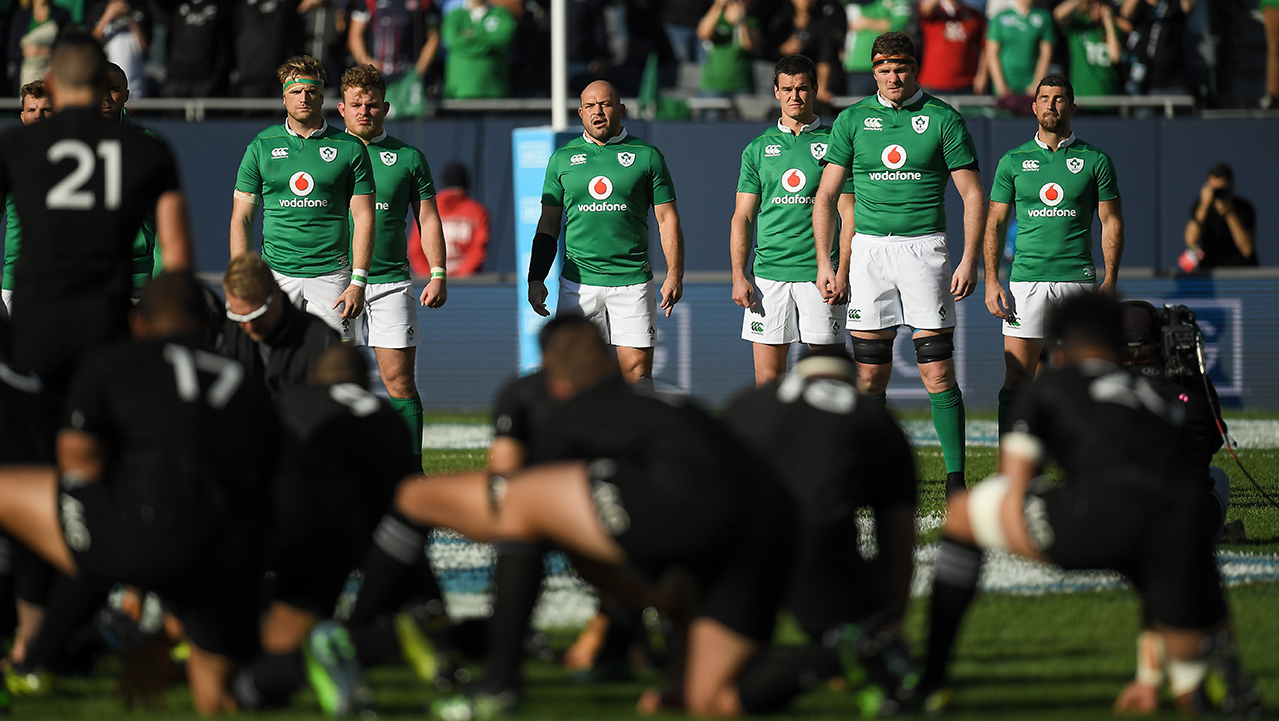 Ireland players, including captain Rory Best, centre, face the New Zealand 'Haka' ahead of the International rugby match between Ireland and New Zealand at Soldier Field in Chicago, USA. Photo by Brendan Moran/Sportsfile

Foley's figure eight and vanquishing the All Blacks

One of the biggest moments in recent sporting memory is arguably that day in Chicago when an Irish team led by a group of Munster players faced the haka while set up in Axel’s figure eight.

Only a couple of months removed from having to break the news to her family, Foley was very moved to see what the Irish team did to honour her brother.

“There is something bigger than us,” Foley said. “The result in Chicago was the exact opposite of when Anthony [played the All Blacks].

“He played against the All Blacks a few times. There is something really special when people decide to take off the od shackles and really have a go.

“To see Anthony’s teammates, his friends, the foresight of the management to see how they went about their absolute business, it just goes to show you [how amazing people are].

“It would have been one of those ones were you actually see it right in front of you and it is actually on the background of my phone.

“It did mean an awful lot to us. As well as the Maoris coming to Thomond Park and when Racing came here.”