Meath is the latest county getting the Mount Rushmore treatment on OTB AM, with four sporting leg...

Meath is the latest county getting the Mount Rushmore treatment on OTB AM, with four sporting legends chosen to take their place in granite.

Our own Tommy Rooney had to make the decisions, with strong input from Hector Ó'hEochagáin - with plenty of Royal County debate and discussion along the way.

A strong GAA county was always going to have a strong GAA presence, but here are the final four that made the cut:

Tommy wrote a love letter to Seán Boylan on offtheball.com over the weekend, and it was evident from his words that the four-time All-Ireland winning Meath manager was going to take the first position.

"Untangling the reasons as to how and why Seán Boylan was such an incredible manager is a difficult one – just how did he do it? How does such a likeable character with an innately kind manner with people, form groups of men with such a hateful, unshakeable streak of belligerence - the greatest Footballers the county has ever seen.

"When it came to Boylan’s Meath teams, both in the 80s and the 90s - the ferocity was always matched by the class. They possessed the perfect balance; an ability to smash teams with their physicality, before burying them with their football – and that’s something which came straight from the man himself.

"The swagger and the arrogance was always backed-up by a hardiness, and a healthy dose of ignorance, a trait which saw those Meath teams never give up." 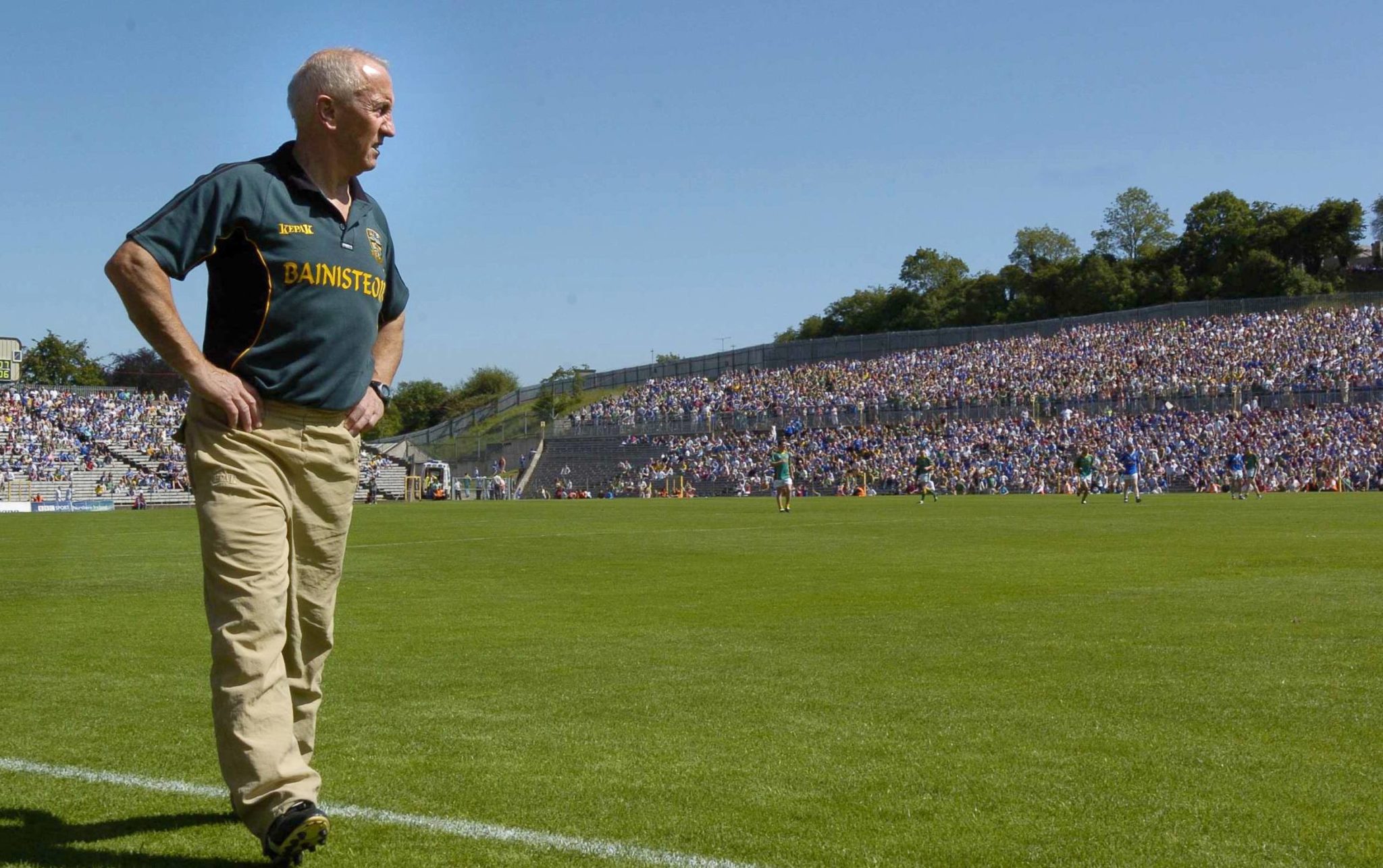 Although Hector was opting for the inclusion of two-time Footballer of the Year Trevor Giles, Tommy held his ground and included the legendary Royal full-back.

"I cannot look at Meath's Mount Rushmore and not have the chiselled jaw of Mick Lyons sitting up there. He absolutely deserves his place.

"He was the captain in '87, he was the first man Seán Boylan turned to to lead that team to an All-Ireland title. He put the fear of god into anybody before Paul O'Connell came about.

"He was a superstar at football, never mind being the hardiest man you could come across." Tommy made his points about Geraghty's inclusion, and although Hector was still fervently behind Giles' inclusion instead, he did bring us a fantastic Geraghty anecdote.

"Without a shadow of a doubt Graham Geraghty is probably the best looking Meath man to ever pull on a jersey. He had swagger, he was blonde...

"We went over to watch Manchester United against Man City in a League Cup replay at Old Trafford - myself and about four lads from Meath, Graham was in the group.

"I roomed with Graham in a city centre Manchester hotel. We had a few beers, the next morning I awoke in the hotel at about a quarter to seven, searching for my painkillers, searching for a glass of water...

"...I heard a bit of shuffling, and as I looked over to the window, Graham Geraghty stood naked at the window and opened the curtains. I saw a silhouetted image of his body in a hotel in Manchester - a colossus of a man, naked in front of me.

"I said [to myself] 'This is Graham Geraghty, he's naked in my room in front of me, the great Graham Geraghty, who stood in front of Hill 16. I am a blessed Meathman to see his chiselled arse, a magnificent back, the muscles beaming down his back, a beautifully chiselled man! Fuck the hangover, I'm in heaven!'" 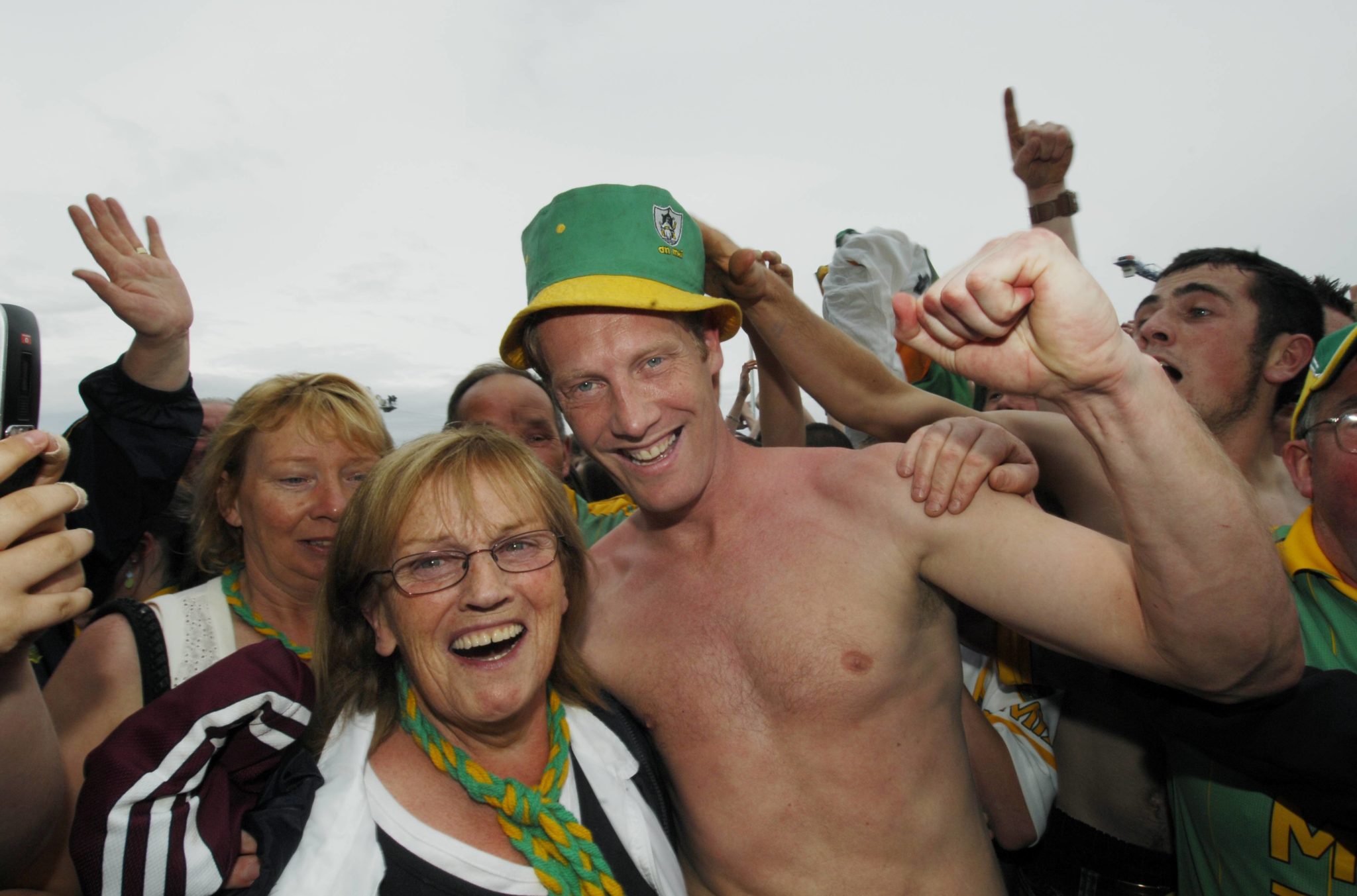 The Bohermeen native has been Irish flat racing Champion Jockey five times, and racing enthusiast Hector said he was the one above all Meath's racing talent that deserved his place on the mountain.

"He has over 100 group One winners, Johnny Murtagh will go down as a global icon in flat racing. 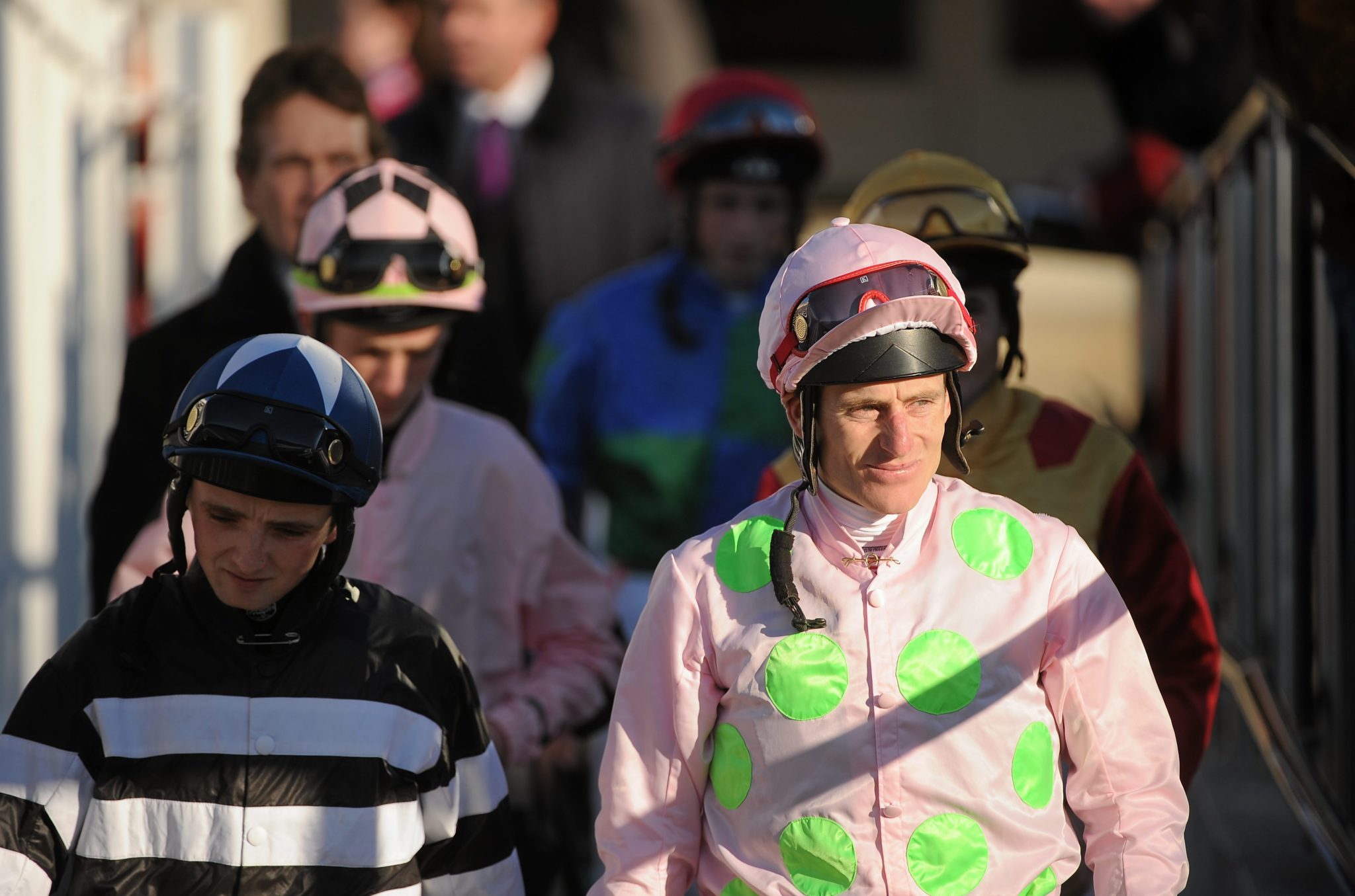