Amid the uncertainty surrounding Andy Farrell's plans for Irish rugby, Alan Quinlan, speaking on Friday's OTB AM, believes that Munster's CJ Stander may find himself outside of the starting XV when Ireland take on Scotland in the opening weekend of the Six Nations.

Speaking to Off the Ball earlier in the week, journalist Stuart Barnes singled out the South African-born Stander as one player who should be removed from Irish contention by Andy Farrell.

"A flag-bearer of the last year of Joe Schmidt's management," argued Barnes, CJ Stander epitomised a conservatism that Farrell would likely try to avoid.

In Keith Wood and Stephen Ferris, two former Irish internationals, Stander found some - albeit conditional - support for a stay of execution in the Irish back row.

"I would have Max Deegan in there," explained Quinlan of a back row that would also contain Leinster's Josh van der Flier, "and either/or Peter O'Mahony or CJ Stander.

"O'Mahony and Stander are both under pressure and I'm not sure if they will both be selected. That's just my hunch." 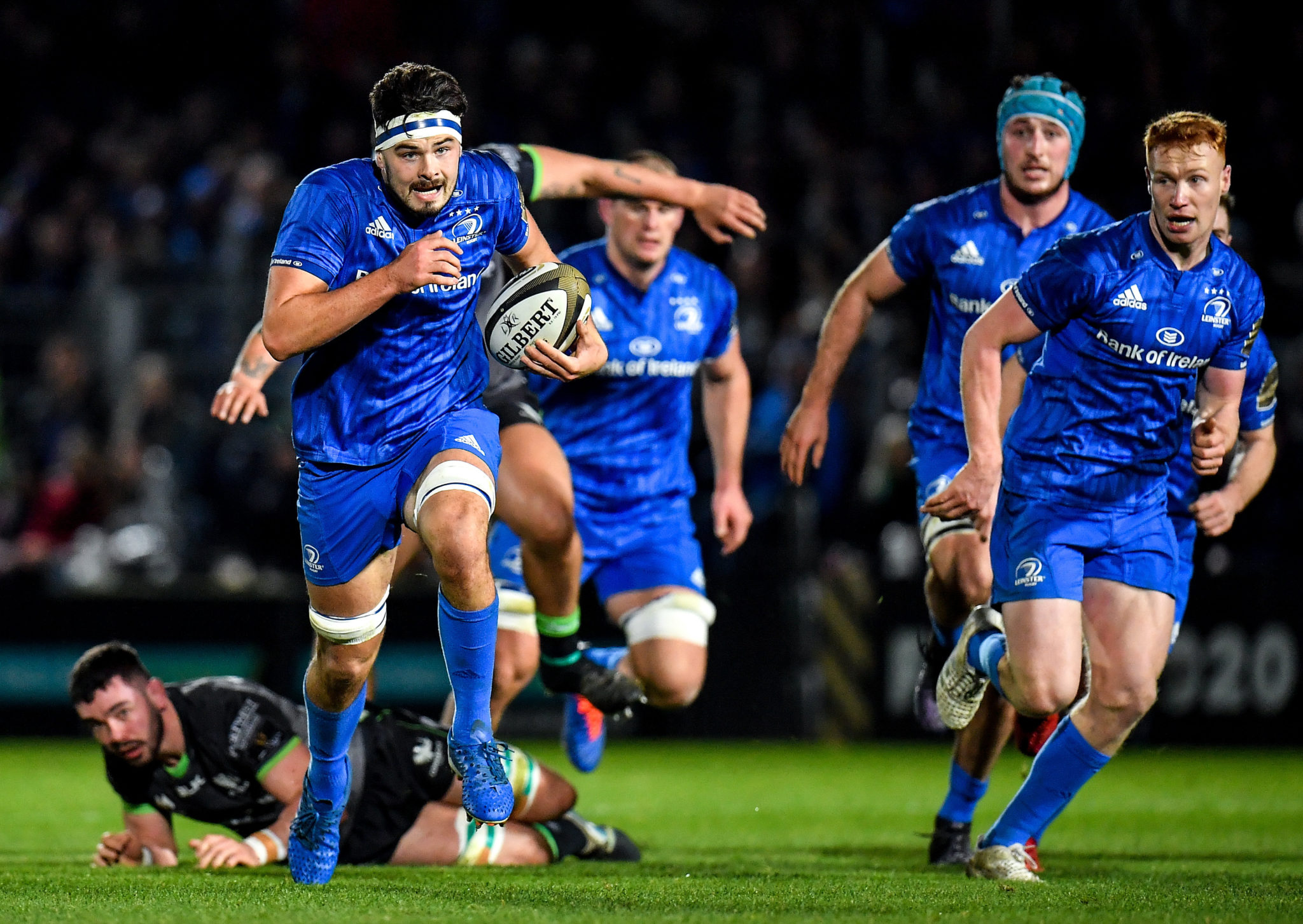 4 January 2020; Max Deegan of Leinster, left, makes a break, supported by team-mate Ciarán Frawley, during the Guinness PRO14 Round 10 match between Leinster and Connacht at the RDS Arena in Dublin. Photo by Seb Daly/Sportsfile

An imposing figure throughout Leinster's impressive start to the season, the 23-year-old Max Deegan has yet to make a senior international appearance for Ireland.

While Alan Quinlan does not expect Andy Farrell to make a significant number of changes for the first game against Scotland, he nevertheless believes that dips in form for O'Mahony and Stander will force the new head coach's hand.

"The problem for CJ Stander, even though I thought he played really well last Sunday against Racing," argued Quinlan, "is that when your time is not winning you are put under pressure.

"Jean Kleyn has paid the price for that even though I genuinely think he has been one of the bright lights for Munster in Europe and he was brilliant last week."

Pushed on naming the back row that he would pick in Farrell's position, Quinlan ultimately opted to relegate Stander to the bench.

"O'Mahony, Deegan and van der Flier," he concluded, "with CJ Stander to come off the bench.

"There's no way, and I don't think Farrell should cast him aside."