A feature of Ireland's play that has particularly come in for criticism throughout the team's disappointing performances in 2019, Andrew Conway outlined why Conor Murray's box-kicking is in fact one of Ireland's best options for an attack on Tuesday's OTB AM.

The sight of Conor Murray's extended leg as he geared himself up for a kick over the top became the source of some disenchantment with Ireland's attacking options.

Ahead of Ireland's Six Nations clash with Wales on Saturday afternoon, Brian O'Driscoll, speaking to Off the Ball, bemoaned what could be seen as Ireland's over-reliance on Murray's kicking.

"The problem is, if you set up to kick, you have no alternative option," explained O'Driscoll. "What defence is going to feel threatened by that set up when they know its coming? I can understand the frustrations of the public because with the box kick we're not getting as much success out of it as well."

A teammate of Murray's at a provincial and international level, Andrew Conway, often charged with chasing the scrum-half's kicks, possesses a different opinion, however.

"Conor's got a rare talent," argued Conway. "His kicking is probably, in my opinion, the best box-kicking in the world.

"It's not always going to be perfect by any stretch and I'd be giving him stick sometimes for wanting it to be a certain percentage of his maximum outputs and all this weird stuff that I'd be onto him about.

"More often than not though, I'd just leave him to do his thing, tell him to give it a little length and get me into the contest." 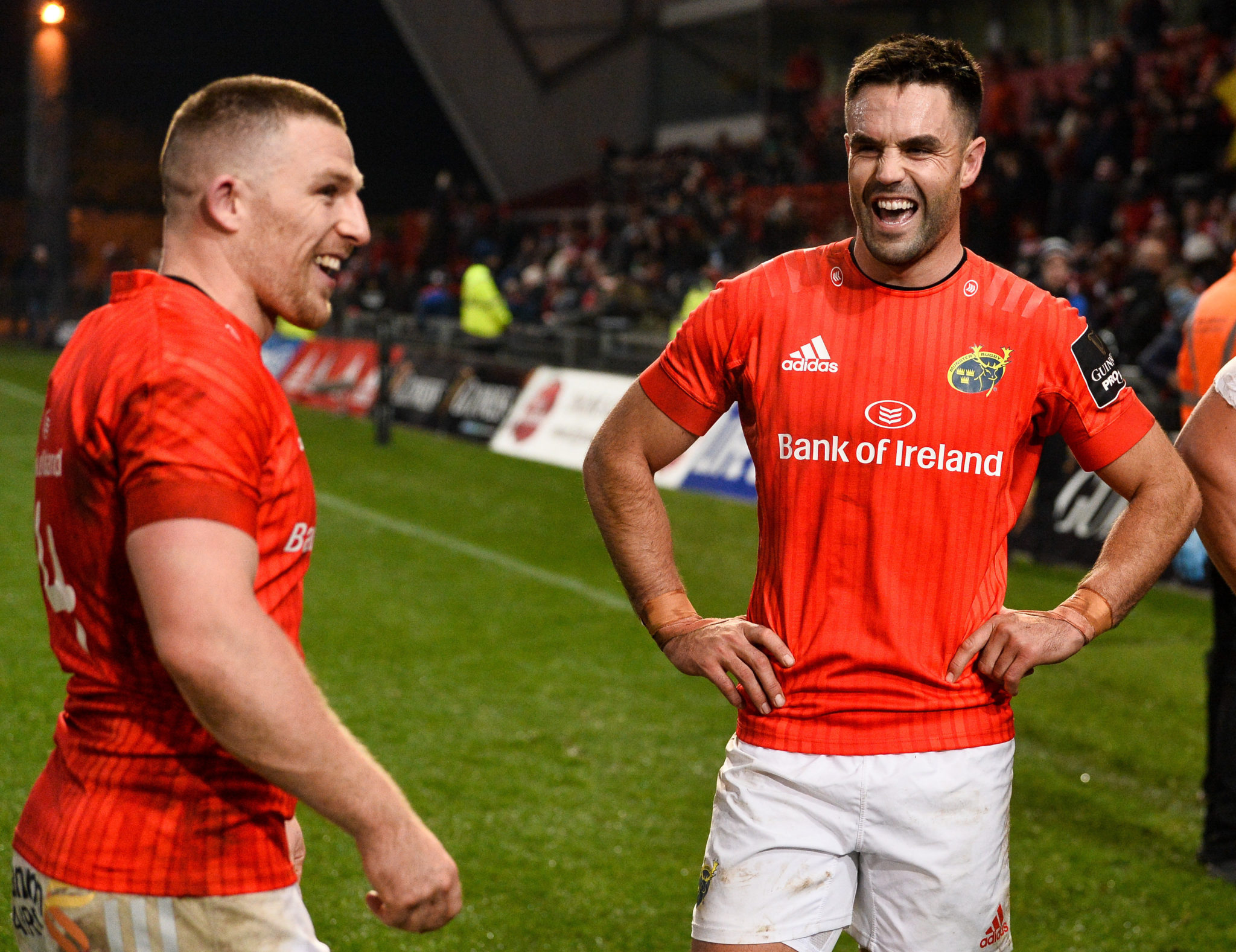 9 November 2019; Andrew Conway and Conor Murray of Munster share a laugh after the Guinness PRO14 Round 6 match between Munster and Ulster at Thomond Park in Limerick. Photo by Diarmuid Greene/Sportsfile

The fundamental ability that sets Conor Murray apart can be found in his longevity, according to Conway.

"He can probably get nearly a second longer than most other players with the kick," pointed out the former Leinster man. "That makes a big difference for the chaser to go after it because it has the potential to go longer.

"So, the longer it goes essentially, and if I can get to where it's dropping, the more chance that I'll have of a one-on-one."

An aspect of Ireland's play that doesn't seem to be going anywhere soon under Andy Farrell, for Andrew Conway, he'll be happy enough to keep chasing what Conor Murray puts up there for him.

Andrew Conway was on hand as Pinergy announced that all customers can charge their electric vehicles for free on Fridays throughout 2020.