Ireland head-coach Joe Schmidt has named a strong side ahead of Saturday's World Cup warm-up game against Grand Slam winners Wales at the Aviva Stadium.

Keith Earls, Robbie Henshaw, and Johnny Sexton have been included in the starting XV and will get their first game time of this pre-season while Cian Healy has recovered from the ankle issue he picked up in the defeat to England.

Leinster out-half Sexton, who suffered a thumb injury in training at the start of the summer, is joined in the half backs by Conor Murray.

Earls has recovered from knee tendonitis to start on the wing with Rob Kearney and Jordan Larmour completing the back three.

Henshaw is paired with his former Connacht teammate Bundee Aki in midfield.

Rory Best captains the side from hooker with Tadhg Furlong and Healy the props.

James Ryan and Jean Kleyn are in the second-row with CJ Stander, Josh van der Flier and Jack Conan in the back-row.

Joey Carbery is not among the replacements, with Jack Carty the back-up to Sexton. 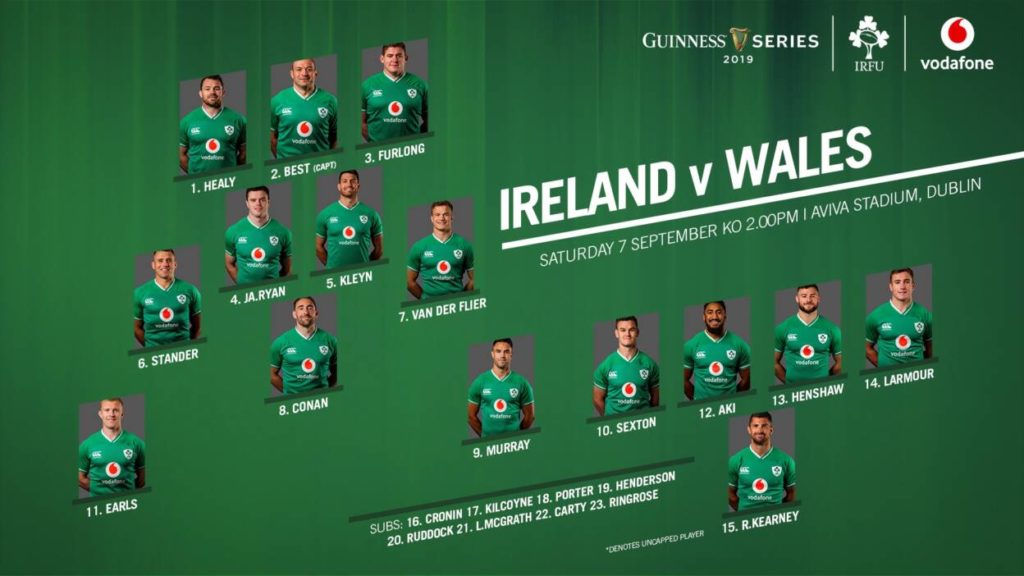 Wales head-coach Warren Gatland has made 15 changes from last weekend's 22-17 loss in Cardiff.

Rhys Patchell is given the chance to impress at out-half while captain Alun Wyn Jones and Lions full-back are among the players recalled by the Grand Slam champions.