John Delaney has left his role as Executive Vice-President of the FAI with immediate effect.

The Waterford native became CEO of the governing body of football in the Republic of Ireland in 2005, until earlier this year. The Sunday Times released a series of articles investigating financial affairs within the FAI in March, which led to his resignation as Chief Executive and moved to the controversial position of Executive Vice President.

The Board of the FAI announces the resignation with immediate effect of Executive Vice-President and former CEO John Delaney. Statement to follow.

In a statement on the organisation's website, it said: "The Board of the Football Association of Ireland announces the resignation with immediate effect of Executive Vice-President and former CEO John Delaney.

Mr. Delaney served as CEO of the FAI from 2005 to March of 2019 during which time the FAI became partners in the new Aviva Stadium. In 2017, he was elected to the UEFA Executive and in March of this year, he moved to a role of Executive Vice-President of the FAI.

Both parties have agreed to make no further comment."

🎬 The John Delaney story. @offtheball's @EoinSheahan gives us a brief history of the man at the head of Irish football administration for almost 15 years ⚽ #NTFM @FAIreland pic.twitter.com/g4yubsji7p

The Football Association of Ireland is undergoing a series of investigations into their affairs, including a probe by the Office of the Director of Corporate Enforcement, while state funding into the organisation has been withheld. 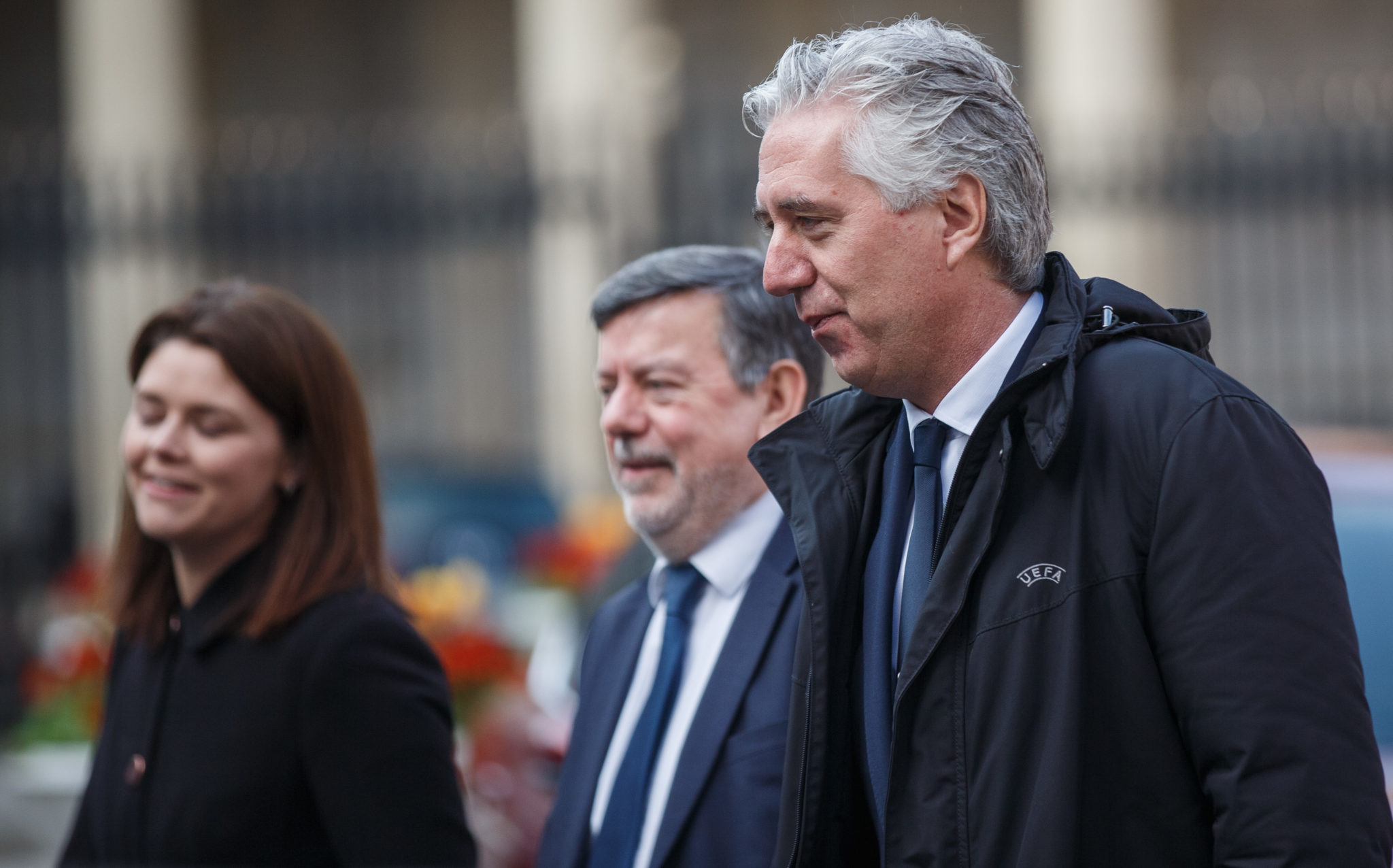 In April, John Delaney had offered to step down from the role of the FAI Executive Vice President pending investigations.